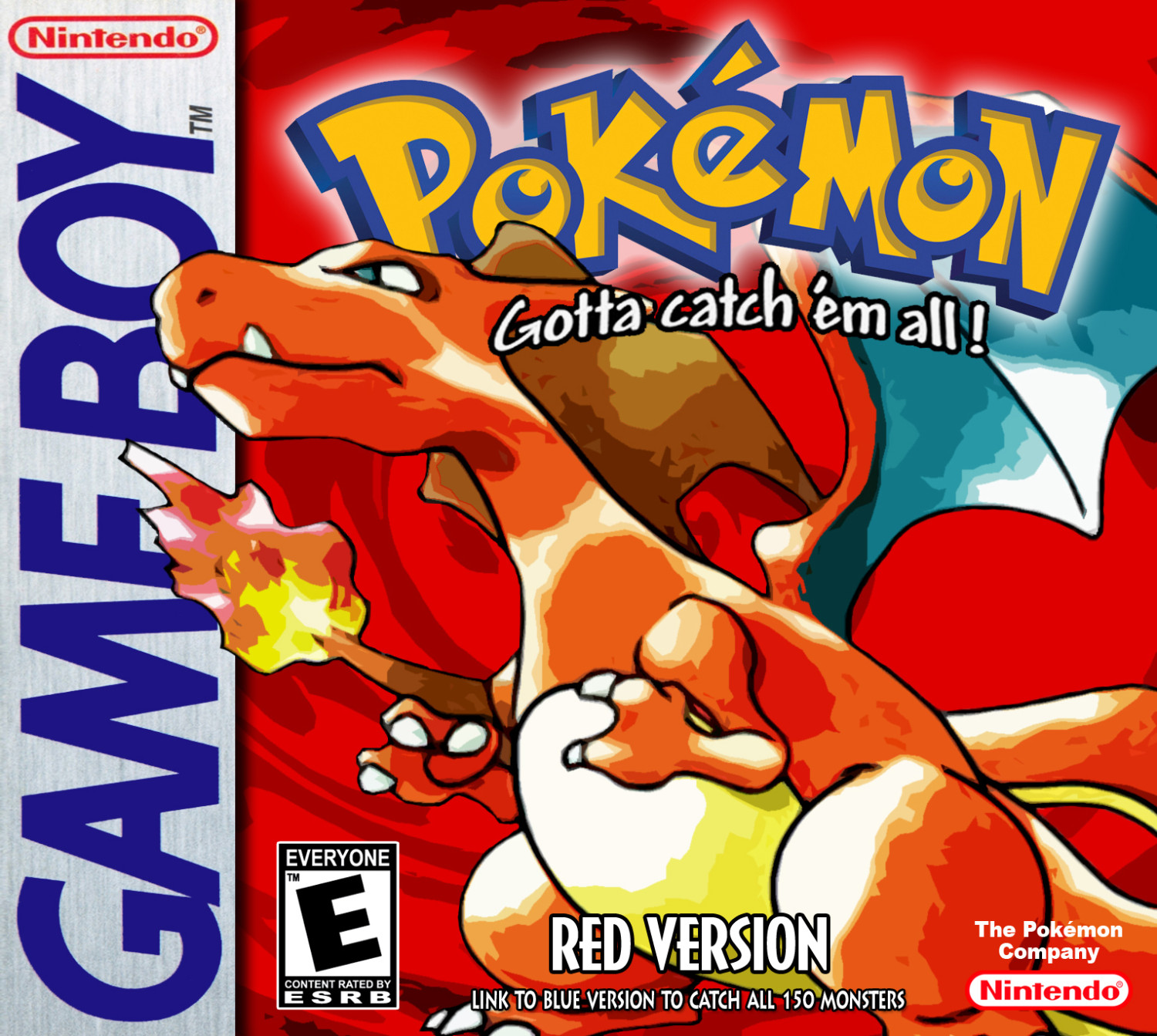 Pokémon is a franchise that everyone seems to know about, even if they don’t actually play video games. Ask any gamer, and most will tell you they enjoy the series. Not only that, but almost anyone can identify the Pokémon’s unofficial mascot, Pikachu, even if they’ve never touched the games before. That’s the kind of love and recognition the series has gained over the past twenty years. Now that Nintendo has finally released Pokémon Red, Blue, and Yellow on the 3DS eShop in honor of the title’s twentieth anniversary, fans young and old can finally experience the original games.  Do the games still hold up after twenty years? It’s time to grab your Pokédex and find out! 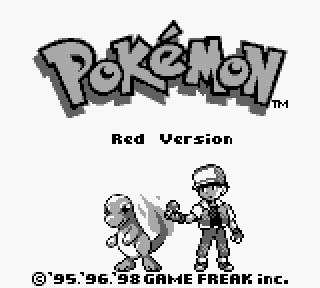 The title screen we all know and love.

First of all, for this review we’ll be going over Pokémon Red Version. If you’re interested in Pokémon Blue or Yellow version, fear not, as I’ll go over the version differences at the end. With that little detail taken care of, let’s talk about the game’s story. Pokémon Red places you, a fledging young trainer, in a world filled with creatures known as Pokémon. Having been entrusted with a Pokédex, an encyclopedia that automatically records data on captured Pokémon, you set out to explore the world of Kanto as you attempt to catch all 151 pocket monsters. In addition to this, you will also be tasked with defeating Kanto’s eight gym leaders so you can earn the right to challenge the Elite Four and become the champion. It’s the tried and true story that all Pokémon game’s share, but despite this, the titles have a lot of heart to them, and that makes the story enjoyable. 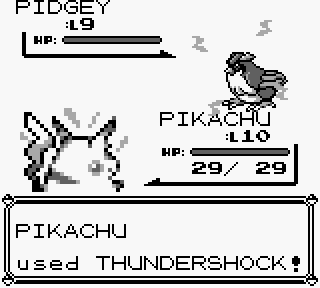 Much like the story, players will find the battle mechanics of Pokémon Red in all their pristine, original glory. As a turn based RPG, you’ll have to catch and raise up to six creatures and use their abilities to defeat your opponents. The elemental rock, paper, scissors, style of attack strengths and weaknesses is surprisingly deep for such a simple concept, and it makes finding the right super effective move against an enemy satisfying. For those who haven’t played the originals, however, the older mechanics of the game can be frustrating. There are times when the enemy AI will continually spam moves such as wrap or bind, which can last up to five consecutive turns before you get a chance to attack, and you’ll definitely miss having descriptions of what certain moves do and what their attack power is. Despite these downfalls, you’ll find yourself enjoying the combat of the game most of the time. 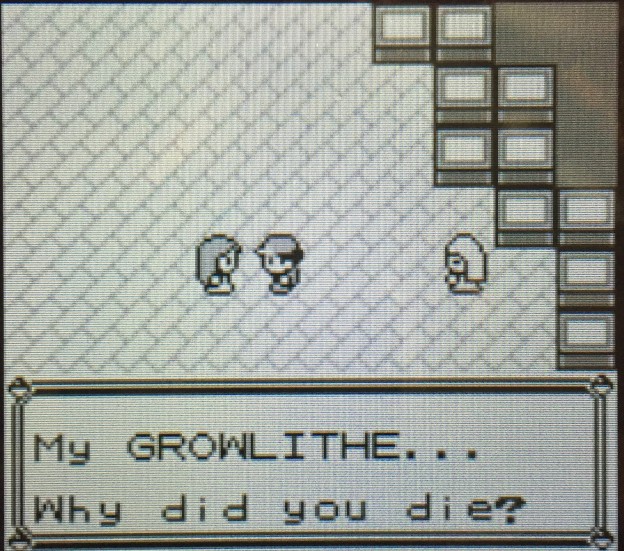 The music and visuals are exactly as you remember them, and I found myself becoming nostalgic listening to the game’s fun soundtrack. Rest assured that Lavender town sounds as somber as ever. The Pokémon designs are a wonderful mix of goofy, cool, and odd, thanks to the graphical limitations of the Gameboy. If you’ve never had the chance to play these game’s, you might be surprised how some of them looked way back then. 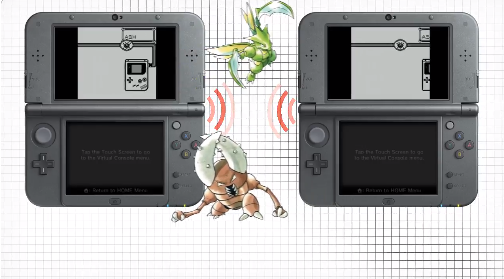 Want to trade? Ok, connect the cable like so! Wait… there’s no cable now!?

One of the coolest parts of Pokémon Red is the multiplayer battle and trading mechanics. Considered revolutionary at the time, meeting up with friends and connecting your Gameboy’s together via a link cable to battle and trade was fun and exciting, and the 3DS’ wireless communications upgrade to these ports has perfectly recaptured that excitement. By simply talking to the woman in the Pokémon Center in charge of the cable club, you can battle and trade with friends via local wireless just like you did all those years ago. 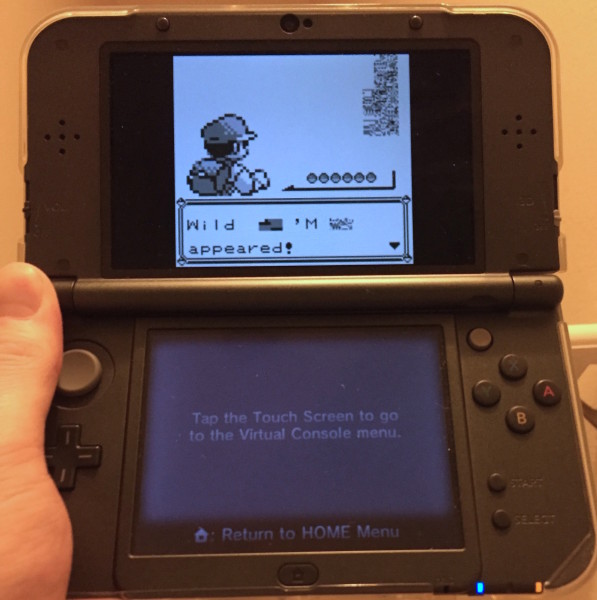 The infamous MissingNo. Be sure you don’t corrupt your save file if you try this glitch out!

Pokémon Red Version is a faithful port of the original classic that many fans have grown up with. You’ll even find that the infamous MissingNo glitch can be performed, just like you could on your original cartridge copy.  If you grew up with the originals, you’ll have a blast of nostalgia experiencing the story again, as you recreate old teams or make new ones. The game will definitely feel primitive, especially to those who never got a chance to play back in 1996, but even then being able to see how the phenomenon known as Pokémon got started will keep newer players glued to their 3DS. If you already enjoy Pokémon, you’ll enjoy Red, Blue, and Yellow version regardless of whether it’s your first time, or simply a trip down memory lane. The question remains though; which version should you get? 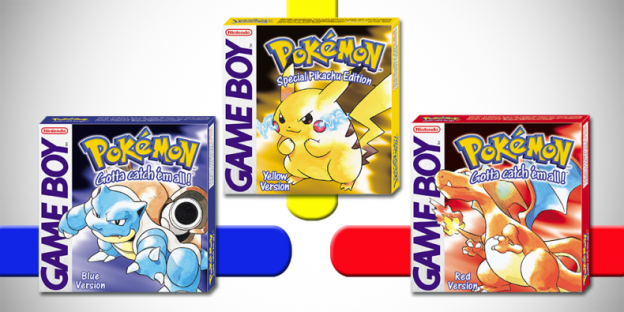 For all intents and purposes, the story between Red and Blue version is the same, the only difference being the type of Pokémon that are available to catch. If you’re going the Red or Blue route, be sure to check this list so you can get the version that has the Pokémon you like best in it. Yellow version does things a little differently, with new scenes and characters added so that the story mirrors the original episodes of the anime. Pikachu will also follow behind you on your journey, and will even refuse to evolve into Raichu, just like the show. Yellow version also features a surfing Pikachu mini-game, as well as an exclusive 3 vs. 3 colosseum multiplayer battle mode, that can only be accessed if both players are using Yellow version. If you want a more “complete” Pokémon experience, Yellow version may be the right choice for you.

While the game play mechanics will feel primitive, the original Pokémon games have a lot of heart, and are still a fun experience whether it’s your first time playing them, or if it’s simply a nostalgic trip down memory lane.