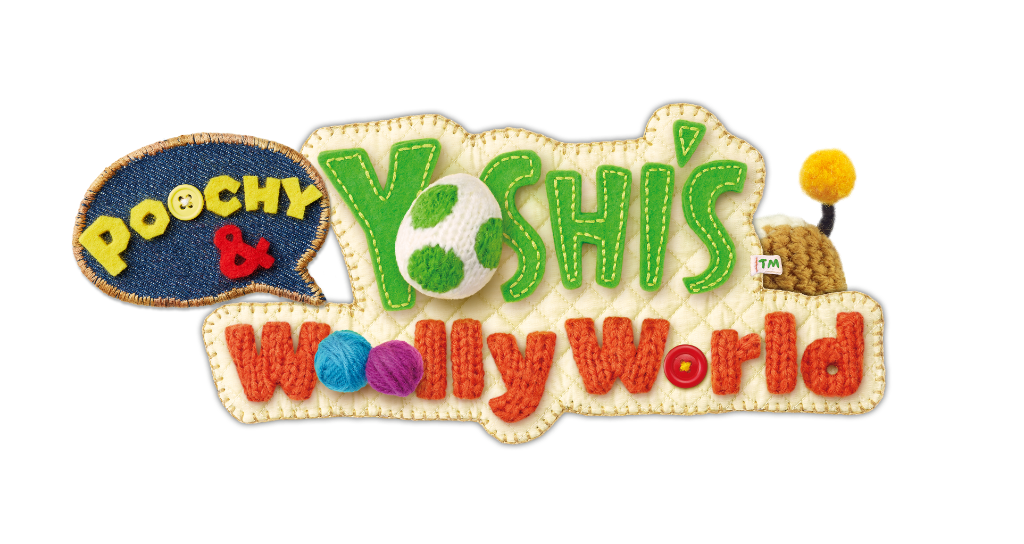 Yoshi’s Woolly World is an awesome game on the WiiU. It has beautiful graphics, awesome levels, and tons of hidden collectibles to find. Now you can take that awesomeness with you on the go, with Poochy and Yoshi’s Woolly World for the Nintendo 3DS. While the mechanics and most of the level design are the same, there are a few cool new features you should know about.

If you have never played the Wii U version, checkout our review here to see more details about controls and the main story line. Some people might assume having the Wii U version makes this version obsolete, but that’s not the case at all. Everything transfers over to the 3DS version awesomely. The graphics, music, game play, etc. Even on those tiny screens, it’s easy to see all of the hard work and detail that went into each level’s design. The difficulty settings from the Wii U game have carried over as well. Normal mode for more experienced players, and Mellow Mode for beginners. 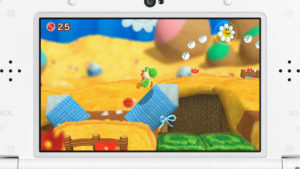 In the 3DS game, Mellow Mode is a tad different. Your Yoshi can fly like before, but now he can also use the help of Poochy’s three adorable puppies to avoid the hazards and dangers of normal game play. The wings will help you jump higher and avoid falling in pits. The Poochy pups will help you with enemies and finding secrets around the level. Some people might find Mellow Mode boring, but with the addition of Poochy’s Pups it’s definitely worth checking out. 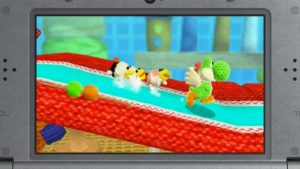 Speaking of Poochy, aside from his small role in the main game, there is also a fun new mini game where you get to play as the lil’ cutie, and it’s called Poochy Dash. He will run through a level and collect gems that you can use in the main game. All you have to worry about is making him jump so he doesn’t fall into a pit or run into something. Each level also has three objectives to complete, such as collecting a certain number of gems or finding all three of the Poochy puppies. You can unlock more levels in Poochy Dash through the main game. It’s a fun new add on that I really enjoyed playing. It just takes a while to unlock all of the Poochy Dash levels, so you might be playing the same one a few times until you figure out how to get a new one. 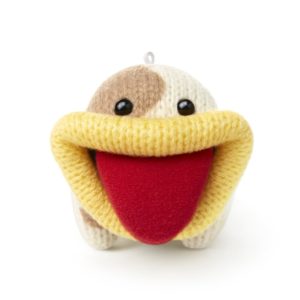 Another fun addition to the 3DS version is the ability to create and customize your very own yarn Yoshi. You can draw patterns and change their colors to make them look as cute or cool as you like.  It’s really fun and you can play as any Yoshi you create. You can also trade designs with other people through street pass, which will prove interesting when the game is released. I had a lot of fun making my own designs and I know others will as well. There’s also a neat feature that lets you scan your amiibo to unlock costumes from different Nintendo characters if you’re not into making your own. 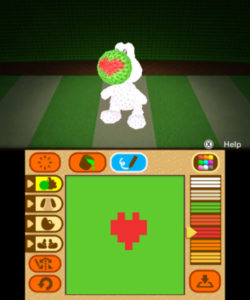 The main game could be completed pretty quick depending on your skill level. That’s only if you don’t want to collect everything. In order to completely %100 a level, you need to collect all flowers, gems, yarn bundles, and finish with full health. So that definitely adds to the challenge. I’ve been playing for about four days now and I’m only on world three, but I’ve fully completed every level so far. A bonus level will also pop up at the end of each world if you end up collecting everything. So there is a ton of replay-ability and plenty of secrets to discover. 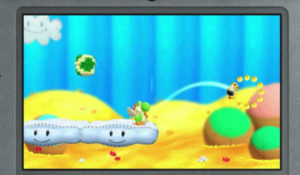 You can also collect power badges that will give you specific abilities during a level. For example, there’s one where you’re able to touch lava and avoid dying, or one where you can call on your pal, Poochy to help you out with something. You can unlock these randomly upon completing a level.  That’s where all of the gems you collect come in. You can use gems to purchase one badge before starting a level. You can also bring up the badge menu during a level and activate a badge or switch the current badge you’re using. It’ll cost ya though! 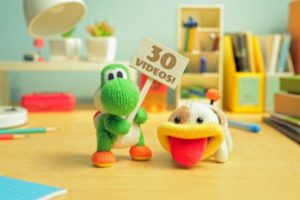 One more thing I want to mention is the Yoshi Theater. This is a nice little treat for 3DS owners. Before the game was released there were some very short, stop motion movies made to promote the game. The Yoshi Theater allows you to view all of these and more, 30 to be exact. When you watch one of these (freaking adorable!) clips a random question will appear at the end, asking you something about the video you just watched. If you answer correctly, you will receive 500 gems. You have to wait 24 hours for the next video to appear, so sadly you can’t just watch them all at your leisure. Still, it was still one of my favorite additions to Poochy and Yoshi’s Woolly World. 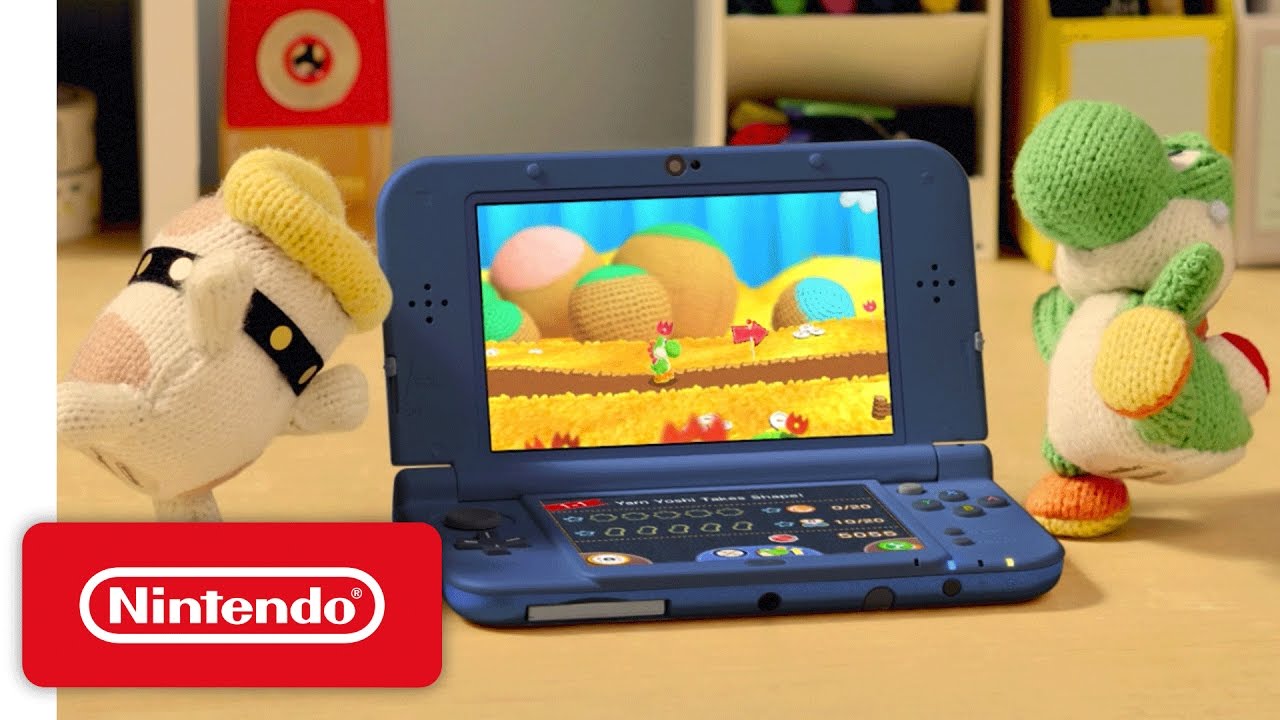 As an owner of both versions of the game, I can honestly say that I’ve enjoyed the 3DS port almost more than the Wii U version. The only thing I’ll be missing are those pretty HD graphics. But hey, it looks just as good, it’s portable, and there are puppies. What more can I say? If you’d like to try the game out before making a full purchase, there’s a demo available on the eShop. Poochy and Yoshis’ Woolly World is available today on the Nintendo 3DS eshop and in stores for $39.99.

Another great 3DS port from Nintendo with some awesome mini games and new additions to keep things fresh. If you’re a fan of the Wii U game or you still haven’t had the chance to play, I highly recommend checking it out!