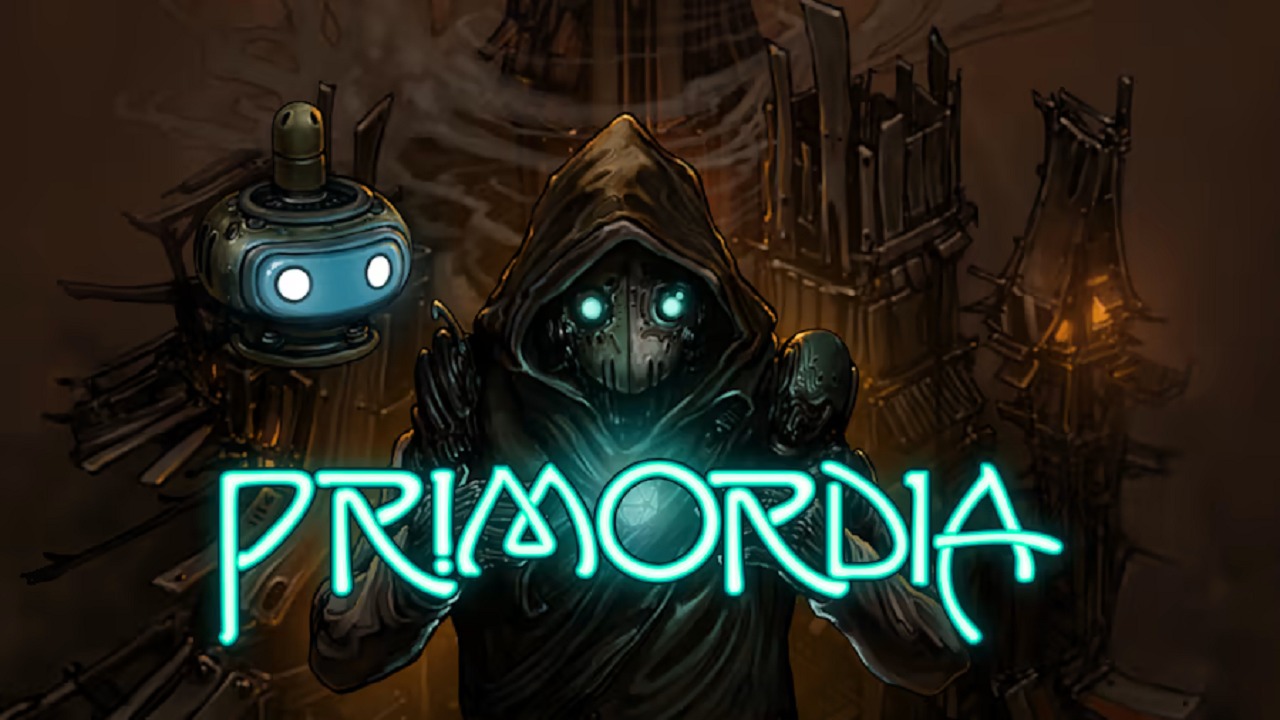 Primordia is a futuristic point-and-click game that brought me back to the PC games of the 90s. It is a dark post-apocalyptic world where you are the last human, Horatio Nullbuilt. Equipped with your sidekick robot, Crispin, you start the game getting your aircraft’s power core stolen by a scary laser-pointing robot. You are now on a quest to get that back, trekking through the ominous Dune-like atmosphere back to the main town of Metropol.

Primordia was initially a PC game, and you can tell that throughout the game. Despite coming out in 2012, this game’s storyline still holds up and would make an exciting movie or TV series. As the last human, you encounter many creatively designed robots that have a reverence for humans in a quasi-religious way. Crispin adds comic relief and some one-liners that are funnier than you’d usually find in a game like this. The world in this game is very Star War-like and one that I enjoyed. The desert is scary, and the robot designs were intricate and original. The dialogue was also really well done for a game that featured pretty heavy content, and it mixed in humor very well. I love the glow of Horatio’s mask and how Crispin’s light matches it. The light blue is eerie and futuristic, setting a tone for the rest of the game.

While some puzzles do get confusing, and I got stuck once or twice, this is a fun game with a couple of twists in the story. I prefer playing Nintendo over any system, but this game was built on a PC, and I think it would’ve played better on that for several reasons.

You’re given only a few options on-screen, and using the controller makes it tougher to select the options. My biggest gripe with the game is that the graphics did not translate well to switch. Primordia uses a bright font that looks pixelated on a larger TV. At several points throughout the game, I struggled to make out the words on screen because the letters blended, and lower case letters like ‘a’ and ‘o’ looked way too similar. Additionally, the overall graphics are pretty obviously made from a decade ago and sometimes even looked older than being ten years old. It was distracting, and pausing the gameplay to re-read simple lines a few times definitely held me up and impeded my game flow.

This is a captivating point-and-click game with more humor than you’d expect from a post-apocalyptic game. I was relatively entertained throughout most of the playthrough and found it had some fun twists and designs of the conscious robots. The flaws in the graphics set it back a little but all things considered, this is still a fun game.

A fun point-and-click game from 2012 that you can tell is at least a decade old. The storyline is interesting and will make up for some of the visual flaws of the game.