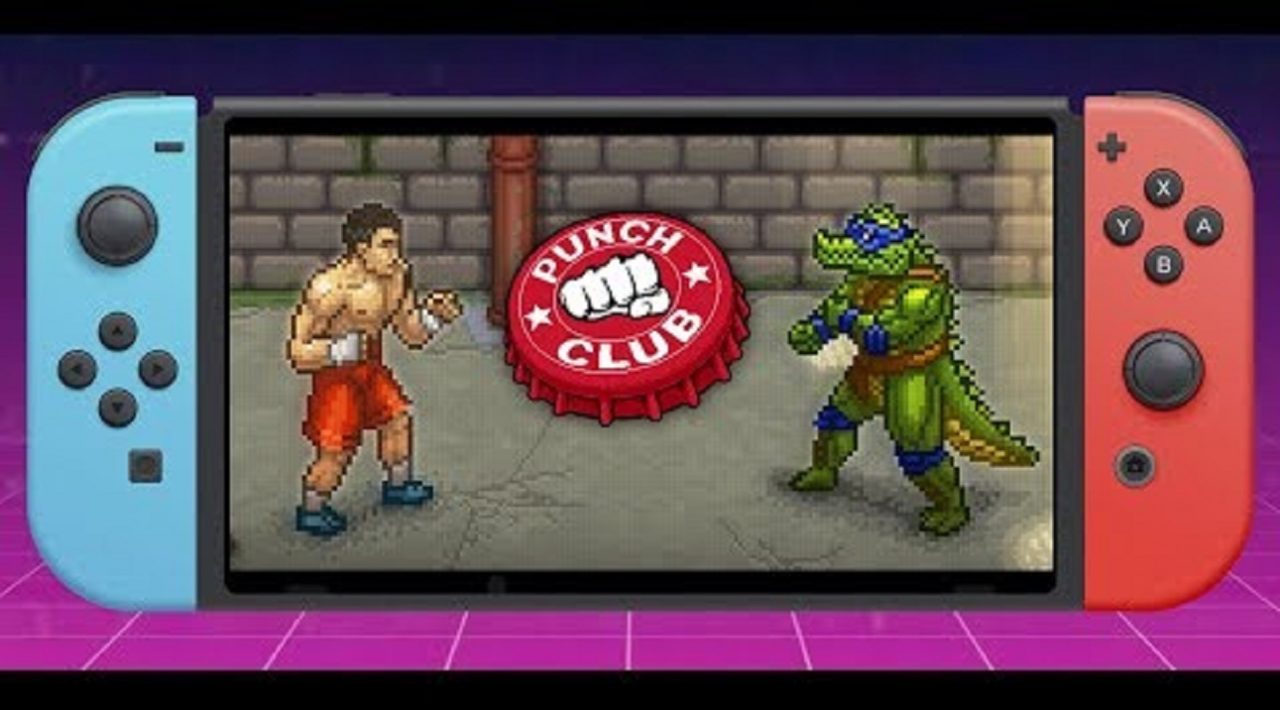 Punch Club isn’t the greatest game on Nintendo Switch. But it does make you think a lot about your life in regards to personal health and physical fitness. There are aspects of the game that focus on working out, and there are also moments, albeit bland and boring, that include fighting against opponents. Perhaps the best way to describe Punch Club is by saying it’s a good fitness motivator but the motivation to play the title doesn’t exist.

The game starts with you waking up and getting off of your couch. You decide to head to the gym and partake in a series of fights within a competition – and that’s really about it. The story portion isn’t very elaborate or compelling. To its credit, however, funny callbacks in the form of easter eggs provide a slight hint of humor, but the comedic attempts to keep you engaged are short-lived.

Before engaging in fights, be it in a store or in the ring, the player must have a nice flow of energy, all of which can be monitored as vitality bars fill or dissipate. You gain energy by eating select items like pizza, and vitality depletes as you work out. Perhaps working out is the most interesting thing about Punch Club, in that the game, in this particular aspect, works as a training or gym simulator. You can get a little cardio done, or maybe lift some weights.

Once you’ve run out of money, because you know, you need money to do anything in this game, you can head to work and earn some cash by delivering pizza. But just like working out, you eventually grow tired of work and must head home for either food or slumber. This is an interesting mechanic for sure, as most games typically allow the player to be invincible throughout. But this notion became repetitive after a few minutes of enduring and the realization of the game’s repetitiveness becomes clear rather quickly. Once you’ve regained your strength it’s back to the gym, and just like working out in real life; the more you do it the stronger you ultimately become.

When it comes down to combat in Punch Club…Well…it’s quite boring. Only because you are not dealing any of the damage yourself, nor do you have any control of your fighter during these matches. Instead, you are forced to watch two opponents attack each other until one is defeated. While this is an interesting concept to experience in a fighting game, which to its credit deserves some merit given its uniqueness, it wasn’t enough to keep me interested nor compelled to spend a lot of time with the game.

Although the concept of the game is pretty cool, Punch Club doesn’t really provide a lot of entertainment. It does, however, inspire you to head to the gym and lift some real-life weights or perhaps run on a treadmill for an hour or so. Building up your fighter and seeing his stats increase seems to be the only incentive to continue playing Punch Club. However, it’s repetitive nature is quickly noticeable and sadly disenchants you from further progressing stats and physical fitness.

Although the concept of the game is pretty cool, Punch Club doesn’t really provide a lot of entertainment. It does, however, inspire you to head to the gym and lift some real-life weights or perhaps run on a treadmill for an hour or so.