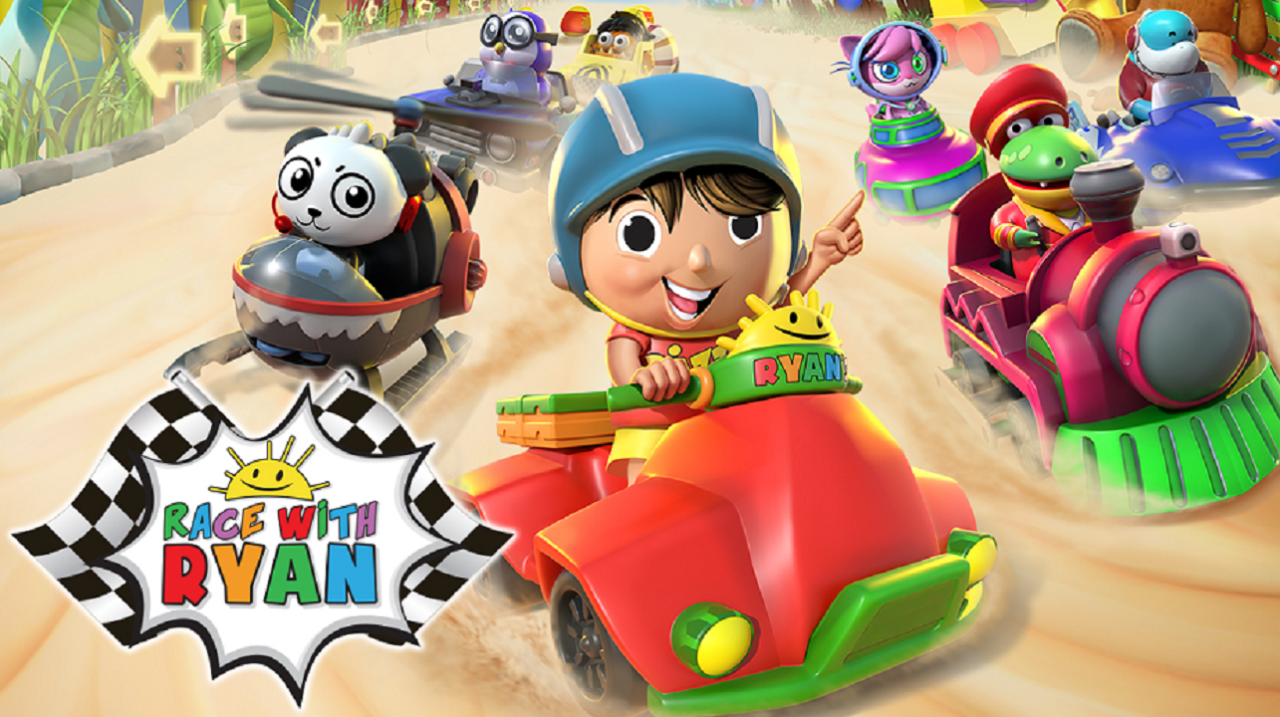 Race with Ryan is a kart racer inspired by the YouTube channel, Ryan’s World. I was unfamiliar with Ryan before reviewing this game, but his channel has over 20 million subscribers – good for him. Sadly, I can’t imagine this game that bears his name will have even a fraction of that success.

Believe it or not, it’s little to do with the theme. Yes, I readily recognize as a grown man that I’m not the audience for Ryan and his animal friends. But I have enough gaming acumen to know a good title when seeing one. Race with Ryan is not a good title. I say this, by and large, based on how it functions as a game. There’s a lot of sizable issues that fan service tries to make you pay no mind to but that really can’t be overlooked. Probably the biggest concern… there are only six tracks!

That’s a dumbfoundingly small number; at generous best, it makes this feel like half of a game. It’s even worse when you consider that this is a $39.99 retail game. Yes, it’s $20 less than Mario Kart 8 Deluxe, but that is no justification. It disappoints me to see a younger audience serve as an excuse for developers cutting corners. Even with backward variants, you’re quickly going to see all the tracks here. 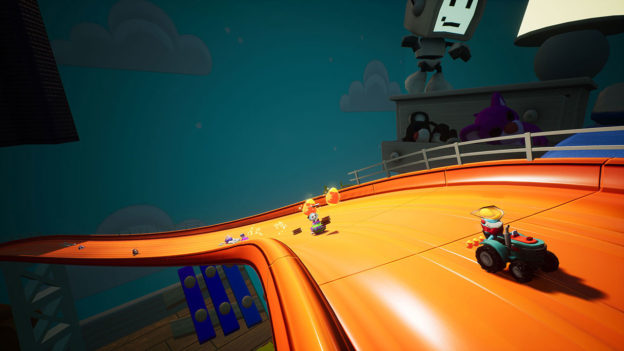 But you’ll need to keep replaying these same six tracks (on every difficulty no less) to unlock everything Race with Ryan has and, for the sake of thoroughness, I did just that. Even still, in some cups, you’ll need to race the same track twice.

This isn’t a difficult game by any stretch either, unless you’re in multiplayer with capable opponents. Put it on easy with auto-acceleration and smart-steering and the game will literally drive you to first place! Don’t be fooled by the displayed finish times — after one particular race, it showed that I’d won by less than two seconds over the second-place finisher, even though I was actually a good half a lap ahead of the closest competitors.

You might think character and weapon variety can help compensate somewhat for there being only six tracks, but you’d be mistaken. The weapons (called Mystery Eggs here) are quite typical and so darn numerous – sometimes less than three seconds apart – that their impact is lessened even more. There are over 20 characters, but half are variations of Ryan himself. Why are there so many characters but so few tracks? 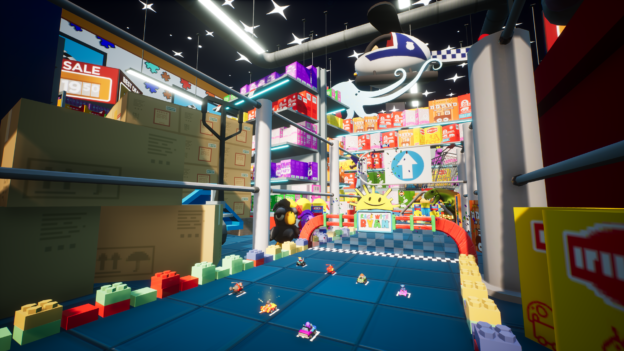 Expected options are nowhere to be found in Race with Ryan. Want to change the mapping of the controls so gas isn’t assigned to the B button? You can’t. Want to move the camera higher so it isn’t as tight on your car, blocking much of the track? Sorry. These might seem like small things, but their absence shows carelessness.

All of this is wrapped in an aesthetic package that stumbles in a few important areas. While this is actually a colorful, pretty good-looking game, the inflexible camera limits how much of the track you can appreciate, especially with some of the larger vehicles. Ryan also pops up constantly in the corner. Now, when he’s smiling or excited he’s genuinely a cute kid. However, the pop up you’ll see most is of Ryan punching towards the screen. His expression is a blend of anger, confusion, and fear. Inexplicably this is also the title screen. I’ve no clue who directed him to do this, but boy did they miss the mark. 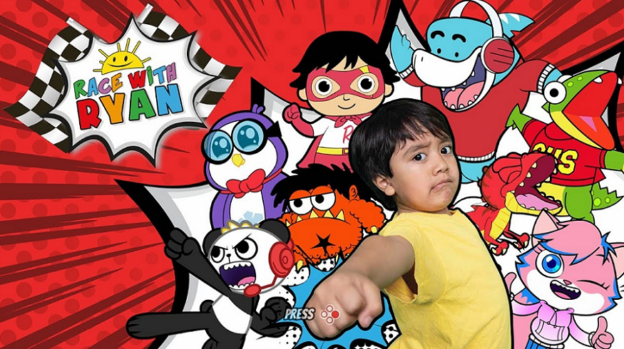 The music, while a bit generic sounding, fits the theme for each track. But the audio can be quite shrill. Animal friends like the monster and the panda will scream at you regularly. For that matter, Ryan can have an overpowering volume too. I found myself constantly adjusting the volume to save my ears. Yet, finish a cup and you can barely hear what’s being said. Audio fluctuations like these also show a lack of care. Not to mention that Ryan’s clips are often completely random, not corresponding to what’s actually taken place.

I give kudos to Ryan. He’s a cute kid, a millionaire before he’s reached double digits, and I wish him the best. But while this title might work as fan service, as a game it’s just poor. With only six tracks and numerous other problems, why spend $39.99 when Team Sonic Racing is the same price (or less) on Nintendo Switch? Kids deserve higher-quality than what’s presented here. 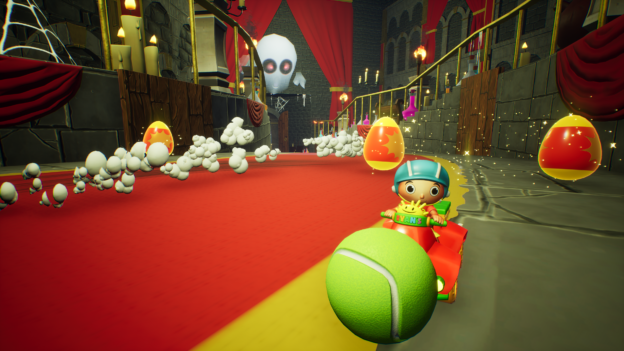 Have a six-year-old child looking for a quality Nintendo Switch games? Let me steer you towards a couple of inexpensive options: Color Zen Kids and Teddy the Wanderer.

I give kudos to Ryan. He’s a cute kid, a millionaire before he’s reached double digits, and I wish him the best. But while this title might work as fan service, as a game it’s just poor. With only six tracks and numerous other problems, why spend $39.99 when Team Sonic Racing is the same price (or less) on Nintendo Switch? Kids deserve higher-quality than what’s presented here.