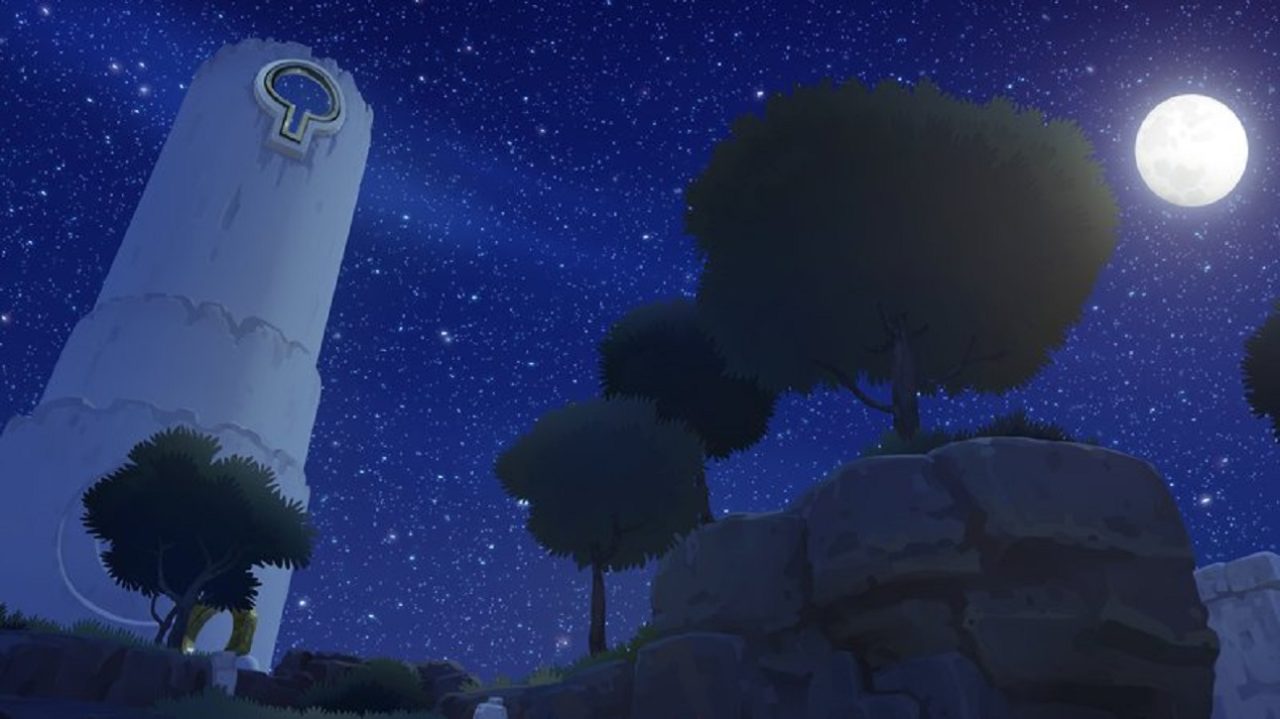 RiME has been on my radar ever since we featured it in the pages of PNM. The gorgeous concept art from issue #34, plus James’ interview in issue #35, really piqued my interest in this puzzle adventure. The final product has left me with mixed feelings, even more so due to some technical issues with this Nintendo Switch port. Do the positives outweigh the negatives in this “land of discovery”?

For a game soaked in mystery and secrets, RiME’s plot is understandably vague, for better or worse. It’s only at the end where things really come together, although eagle-eyed players might catch wind of things beforehand. I found the tale is open to some interpretation. Exploring is what drives you in this game, not story.

Thankfully the exploration proves largely enjoyable. Perhaps one of the best compliments I can pay RiME is that it reminded me of Breath of the Wild in the early goings, albeit with no combat. It’s not nearly as open though, as invisible walls and on-screen nudges will keep you generally pointed in the direction the game wants you to go. A fox companion that you meet in the first chapter will prompt you to follow along, although there will be sizable stretches where the critter vanishes. I found these times a bit lonely, although the puzzles held my interest.

While most of the puzzles weren’t overly difficult, I found them enjoyable. Especially the environmental ones that had you working from a first-person perspective to manipulate your field of vision. These were unique, and I like to think of them as RiME’s signature challenges. There’s also a good amount of platforming, as the protagonist will be climbing and jumping not unlike the hero from the aforementioned Breath of the Wild. The only segments that I could take or leave were those underwater, where the swimming controls sometimes felt finicky.

My favorite part of RiME is the soundtrack, especially the violin melodies of Lindsey Sterling. The music hooked me from the start, and held my enjoyment until the end credits rolled. No matter the mood evoked, the end results were beautiful. Those opting for a physical copy are paying ten dollars more, but the digital soundtrack (and accompanying art book) is an incentive. 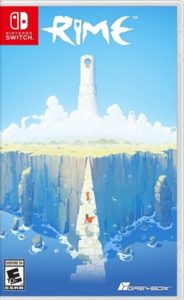 Tantalus, the development team behind Twilight Princess HD, assisted with the porting process here. Sadly, the end results don’t reflect all that well on the Switch. While calling RiME “unplayable” is sheer wild talk for most gamers, the low framerate leads to a stutter that can’t be ignored. Playing in handheld mode also produces some fuzzy images. The game is still beautiful, but the beauty is harder to fully appreciate on the Switch.

I’ve got a feeling that time will show Tequila has succeeded in making a game that’s memorable. I’ll further cement my opinion when I replay it to find all the collectibles and secrets that I missed. I’ll also be able to view the game in a slightly different light knowing the story more. The technical issues definitely knock it down some, as does the higher cost on Switch, but RiME still is good more often than not.

The technical issues definitely knock it down some, as does the higher cost on Switch, but RiME still is good more often than not.