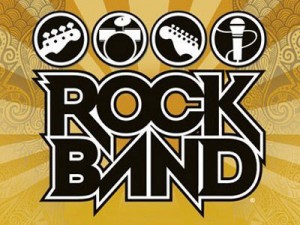 Rock Band Country Track Pack is the latest in a series of additions to the song catalog for Rock Band. This time Harmonix decided to bring together 20 songs from different eras in the Country music genre. Some of the songs include: The Gambler by Kenny Rogers, On the Road Again by Willie Nelson, and Good Time by Alan Jackson. 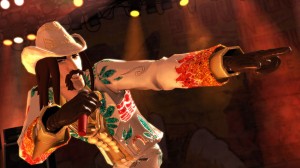 This track pack can be played without a copy of Rock Band 2 for the Wii, but you’ll at least need a guitar controller or drums, cause it’s not very fun with just a Wii remote ;) The game has the same basic modes as Rock Band 2. There’s everything from Quickplay, Band Mode, and Score Duel. The one notable exclusion is any sort of online play. While the game only has 21 songs total, it would’ve been nice to head online to play with friends. 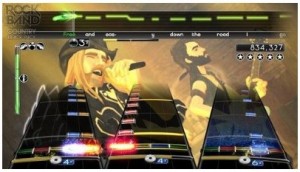 The presentation is very similar to other Rock Band games only with a slight country twist. The menus are still very nicely laid out and the presentation is clean. The gameplay has a couple of tweaks over Rock Band 2. One is the inclusion of a ‘free-play’ section of a song for the guitar part. In Rock Band 2 there was a free play section for the drums where you could wail away on the drums and get points. Now you can do the same at the end of some of the songs, only this time with the guitar! It’s actually a nice inclusion cause you can freeform and do whatever you want—kinda like some bands do after their songs in a concert.

The multiplayer modes feature either Band Mode, Tug of War, or Score Duel–just like Rock Band 2. If you’ve got some friends together that like country music, then you’ll have a blast.

Overall, Rock Band Country Track Pack is a decent package. I don’t know if it’s a great deal because you get 21 songs for $30, but once this title gets down to $20, it’ll be a lot more appealing. If you’re a huge, I mean huge! Country fan, then you should check it out—-otherwise, it’s not going to be much fun.