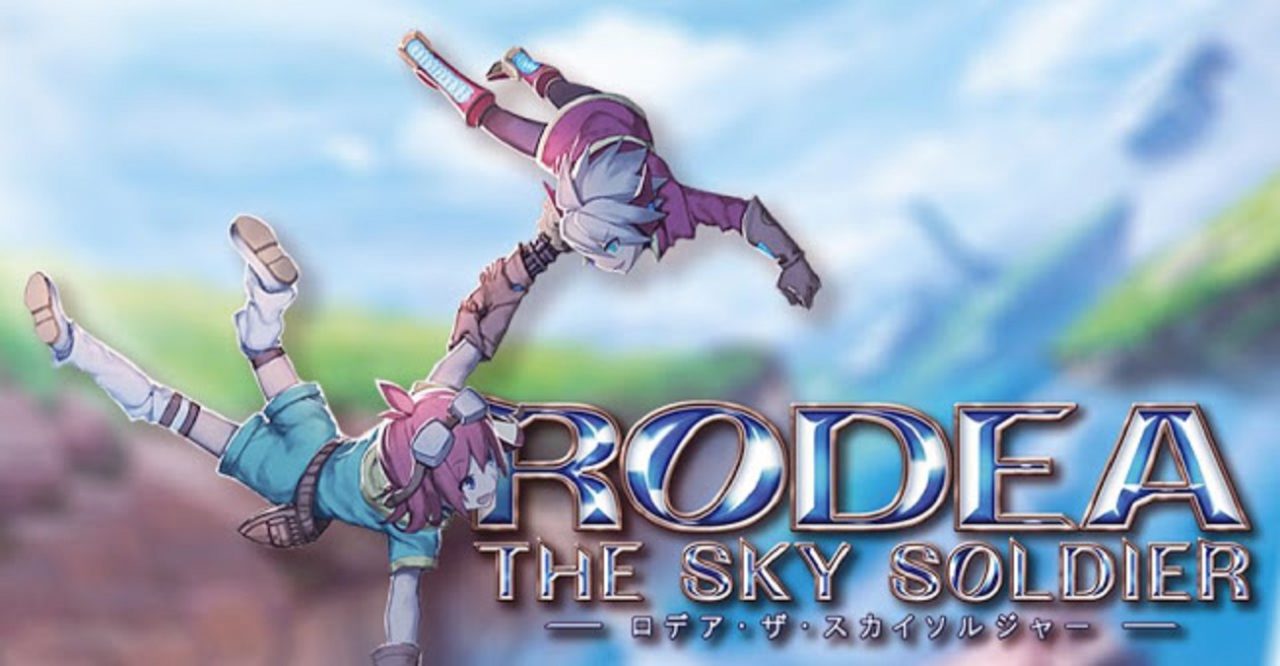 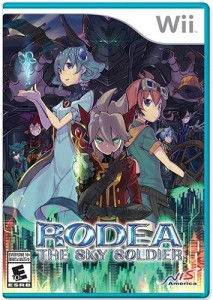 At the eleventh hour Pure Nintendo received a press disc of Rodea the Sky Solider for the original Wii.  I’m very grateful to NIS America.  Any fear of Rodea burnout vanished once I started playing the game as Yuji Naka envisioned.  This version is the real deal in more ways than one.

It’s amazing what a world of difference Wiimote control makes.  The high learning curve is gone, replaced by intuitive controls that are far less frustrating.  The camera benefits also, as it was clearly designed with this setup in mind.  While not unerring, it now follows the action well, even able to present the flying from more cinematic angels.  Overall the flying is less restrictive, and more enjoyable as a result. 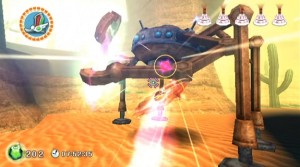 This change means the balance has now shifted, favoring flight attacks over gun combat.  In fact guns are now limited, the correct choice given how much better the flying is here.  This does impact the on foot exploration though, which isn’t as fun in this version.  The tiny Wiimote d-pad isn’t ideal, but you’ll be spending most of your time in the sky anyway.  When combat does occur, I found the targeting system improved. 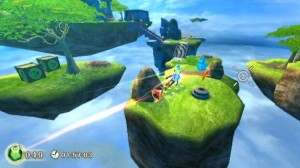 Another positive change is the emphasis on color.  These screens  (from a couple sites covering the Japanese launch last spring) definitely don’t do justice to how much more bright and colorful this Wii version is.  While some technical edges are with the Wii U port, the artistic style of this Wii version is significant. 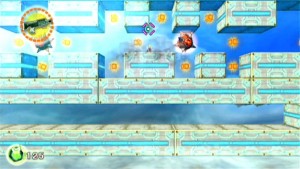 There are original gameplay additions as well.  Doors now lead to puzzle type rooms, much preferred to simplistic on-rail flights.  New obstacles are present too; large sky webs will now bounce Rodea backwards if he strikes them.  Additionally a racing mini game, for up to 4 players, brings a touch of competitive multiplayer  Things like these (and more) were pleasant surprises for me, keeping the now largely familiar settings fresh. 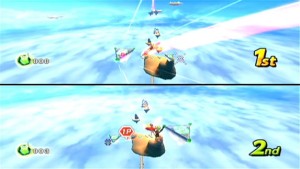 Having said all this, Propes version does fall short in a few (admittedly minor) ways.  It has no upgrade system for one.  While this does mean less backtracking for needed parts, I admit to missing that feature.  There’s also  no audio options present.  This hurts the voice acting, now overpowered by the music.  Yes the music is better – and the game is subtitled – but options should’ve been included. Lastly, the grading system is far tougher here.  Yet with easier bosses, the overall challenge seem slightly unbalanced. 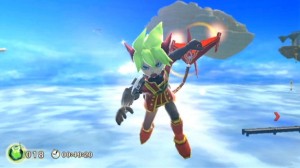 Had this game launched in 2011, I could easily see it being looked back upon as one of the Wii’s finest releases.  Even years later it has still proved refreshingly fun ‘soaring through the skies’.  Yuji Naka has a winner here.  Now we can only hope for a Rodea the Sky Soldier sequel.

Had this game launched in 2011, I could easily see it being looked back upon as one of the Wii’s finest releases.