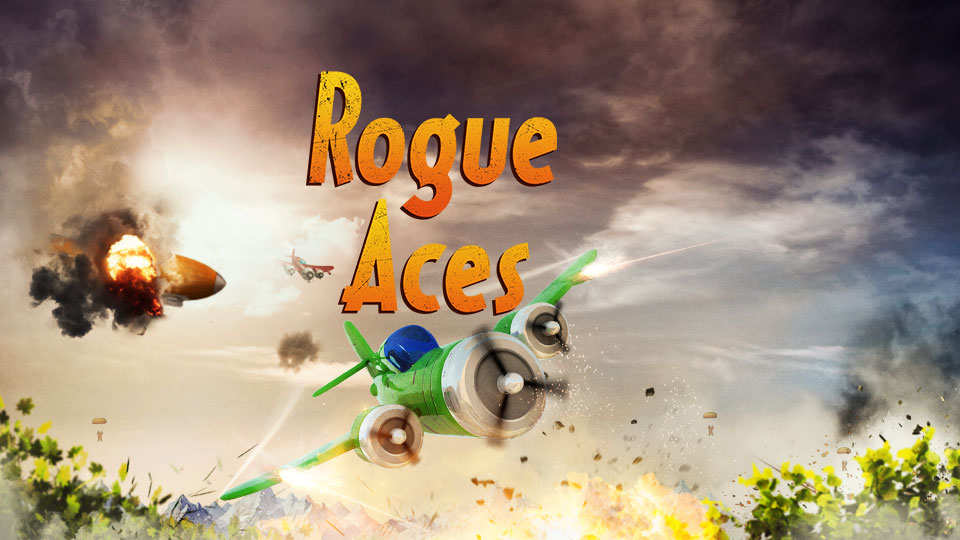 Rogue Aces delivers an arcade-style airplane shooter that’s main focus is survival, mass destruction, and racking up high scores. The fluidity of the game’s mechanics are on point, and the artwork has an extreme polish that’s worth getting an honorable mention. However, Rogue Aces didn’t feel like it offered me enough to stick around for more than a couple hours of gameplay.

Rogue Aces begins by throwing you into a small tutorial on how to steer your plane, fire, and accomplish objectives. Shortly after you’re thrown right into the battlefield to take on an abundance of missions from your captain, you’ll be asked to take down blimps, other bases, fighter jets, and other classic tasks by cleaning up the airfields with your fighter jet skills. This sums up the bulk of the game’s main campaign. The objectives are marked on your map with a yellow star to let you know where your mission’s objective is. It’s a simple, but nice touch to keep missions achievable in a short fashion. Your campaign ends when you lose your fighter inside of the jet, but he can be saved by launching him out of your jet by pressing A, and then pressing it again to land safely with your parachute. You can even toss some grenades at your enemies while falling to snag some extra points on your way down. Be careful though, because it’s game over if you don’t land your fighter safely on the ground. If you do, you only have three planes, so don’t purposefully launch your fighter out of your plane for the heck of it.

Something that deserves attention is Rogue Ace’s art style. The game is extremely clean looking, even down to the smallest details. For instance, you become a shadow if you attempt to eclipse the sun with your plane. Seeing these type of effects happen during dogfights adds a lot to the cinematic nature of the combat. Explosions and gunfire feel great too due to the built-in HD rumble effects on the joy-con. I always appreciate when developers take the time to use all of the Switch’s offerings, especially the HD Rumble. 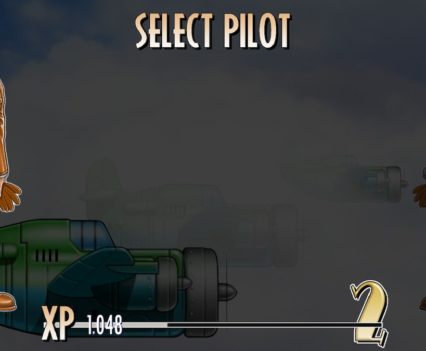 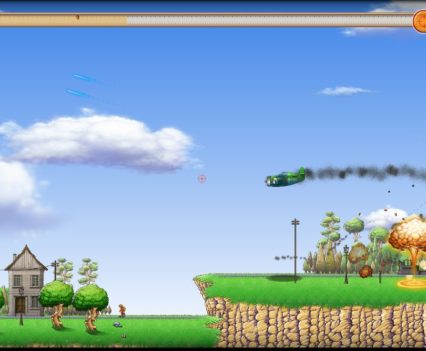 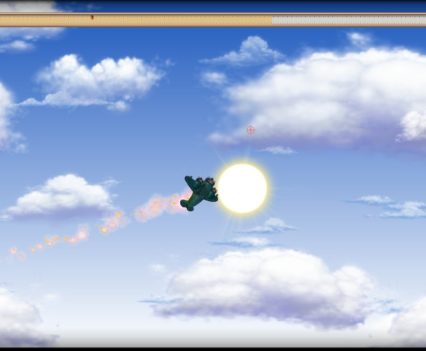 My one issue with the Rogue Aces was feeling like I was on autopilot. Booting the game back up after a ‘game over’ meant doing more of the same, just in a different sequence. Like most rogue-like games, the terrain is randomly generated at the beginning of each campaign, except you’ll never really notice it. Missions get monotonous since it requires you to repeat missions like taking down more planes, destroy tanks, or securing a base. There is an XP system that levels you up after each run, but it’s used to offer you buffs that you didn’t have access to previously. Most of these buffs can be acquired quickly by crates dropped by gunned-down enemies.

Overall, this is a pick-up and go type of addition for the Nintendo Switch. It’s available on other platforms, but most gamers will find it’s best on the go. Strong artwork, mechanics, and cleanliness of the title make it extremely polished, but the lack of depth made it hard for me to want to put any more than a couple hours into Rogue Aces.

Overall, this is a pick-up and go type of addition for the Nintendo Switch. It’s available on other platforms, but most gamers will find it’s best on the go. Strong artwork, mechanics, and cleanliness of the title make it extremely polished, but the lack of depth made it hard for me to want to put any more than a couple hours into Rogue Aces.

A proud graduate of Temple University. First memories of video games are playing SMB3 at my Grandma’s house. Favorite Nintendo console is the SNES, favorites series are The Legend of Zelda, Metroid, Animal Crossing, and Earthbound. Always down for a solid platformer or RPG.
Comments
Submit a Comment