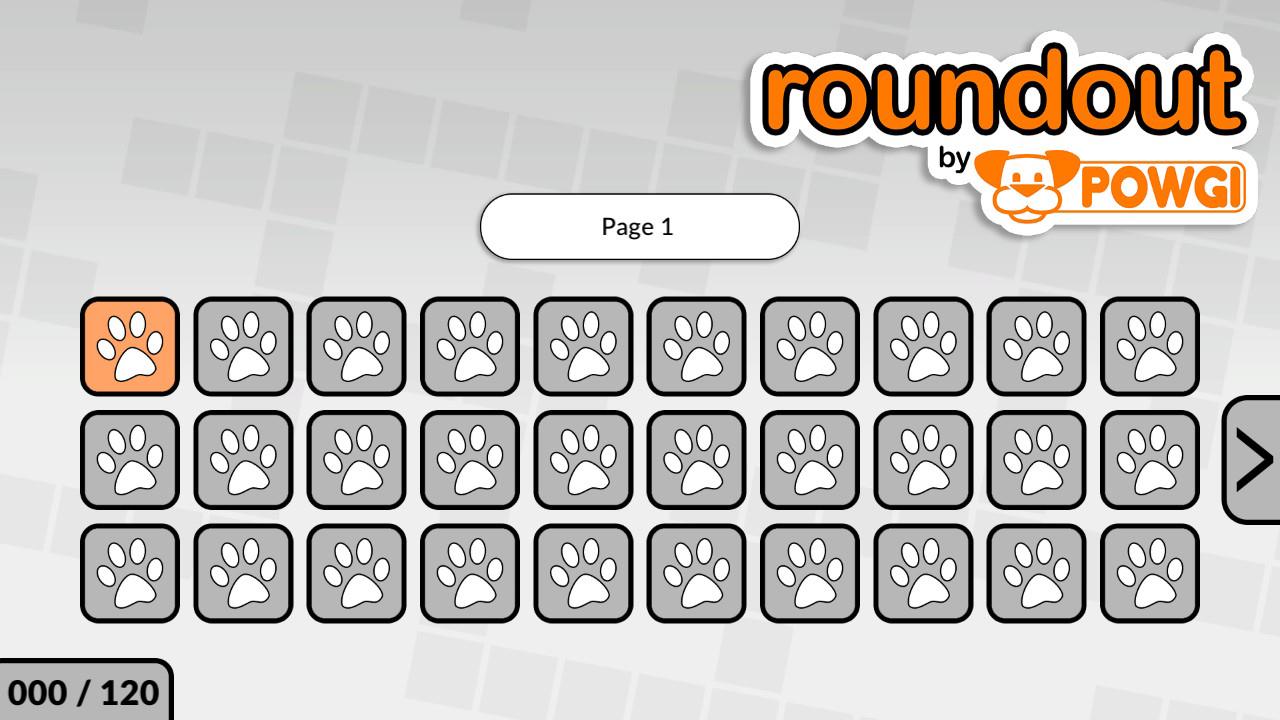 Roundout by POWGI is a quick and simple puzzle game developed and published by Lightwood Games. They have quite a few puzzlers on the Nintendo Switch, and Roundout is a mixture between their games Kriss Kross and Word Wheel. 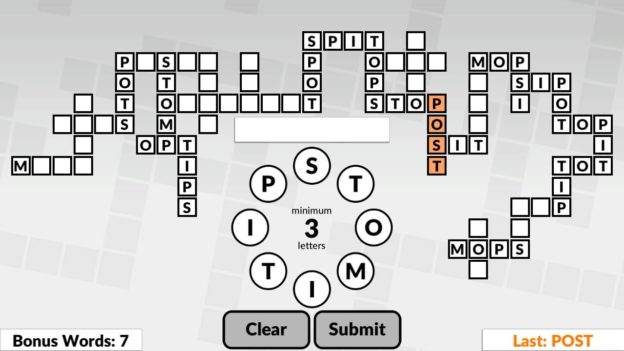 This puzzle is set up as a typical crossword, but instead of clues, they give you a wheel of letters. These are the only letters you can use to fill the crossword board, and you can only use each letter once. So, if a word has a double-letter, then you’ll have two of that same letter in the wheel.

It will tell you the minimum number of letters for the words in the middle of the wheel. For example, if it says “minimum 4 words,” then you know there aren’t any three-letter words within the puzzle. Then, it’s just a matter of clicking on the letters trying to make as many words as you can with what’s given to you. 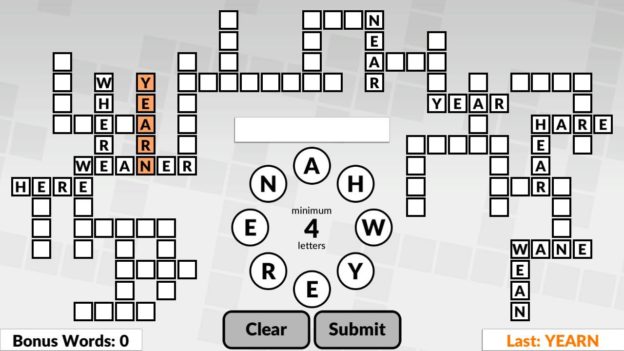 Once the puzzle is complete, you’ll receive a fun joke or pun along with how long it took you to get all the words before moving onto the next puzzle. Some of these jokes are clever but not all of them. However, I will admit I’m impressed at the number of jokes they come up with. Most of them have to do with one of the longer words you solve within that puzzle.

This game is bound to keep you busy for hours. The crosswords are huge, and there are a decent amount of puzzles packed in this game. While it’s only for one player, you can easily play this with a friend and see how fast you can get through these puzzles. 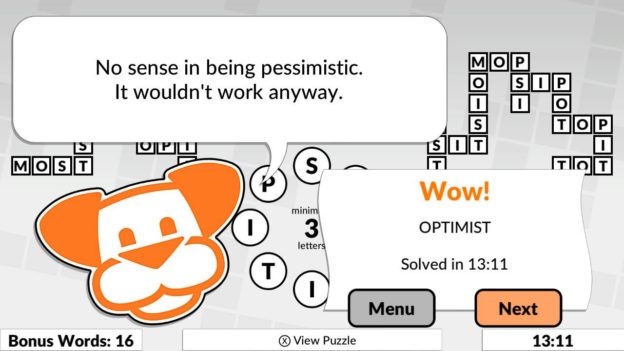 It does get a little more difficult with the more words you get on a single puzzle. The words get longer, and there were some words I hadn’t even heard of. I looked them up after completing the puzzle, so you’ll boost your vocabulary while playing, too!

Overall, Roundout by POWGI is a fun word game. If you need to pick up something to play at random or while you’re waiting at the dentist’s office, for example, this is a good one to try.

Roundout by POWGI is a fun word game mixing crosswords and word wheels to test your mind that you can pick up and play anywhere at any time.