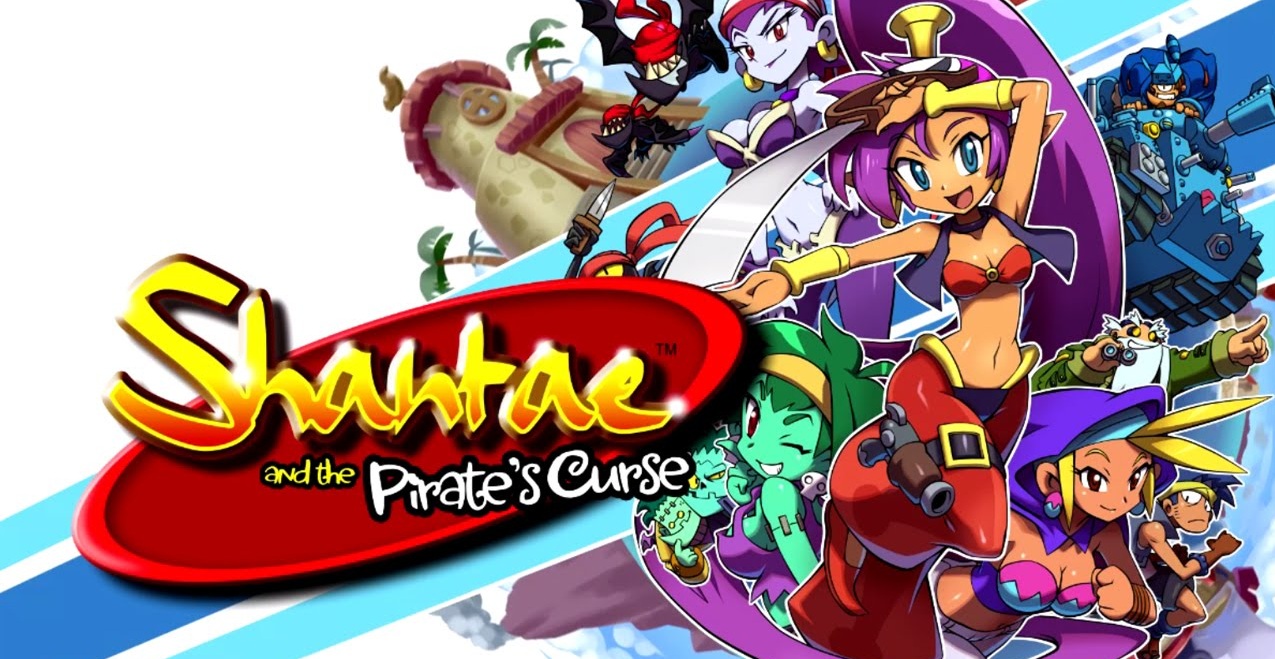 Shantae and the Pirate’s Curse is the third entry in the popular series of platforming games from WayForward. This version of the 2014 game comes to the Nintendo Switch after its original run on the 3DS, Wii U and a host of other platforms. The Switch is no stranger to ports, or platforming titles, so why should you give this a try?

For those uninitiated, Shantae is a half-genie. In this instalment, she’s lost her magic, and must team up with nemesis Risky Boots to stop a new pirate threat from taking over Sequin Land. The games are full of witty dialogue that pokes fun at itself, and Pirate’s Curse is no different. The story is fast-paced and humorous, with plenty of colorful characters to interact with along the way. There are many throwbacks to characters from previous entries but, as a newcomer to the series myself, I never felt lost. In fact, playing this game only makes me want to try the other Shantae titles. 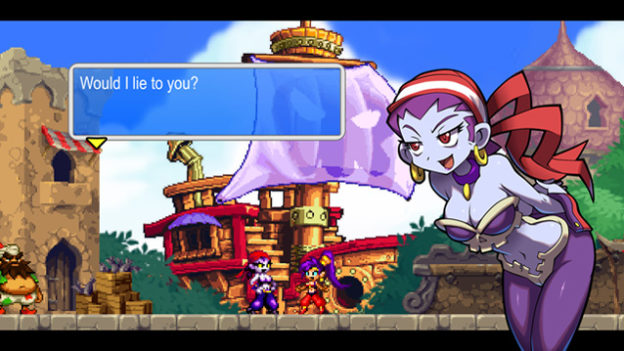 Let’s talk about the gameplay. Shantae is a platformer at heart, but it’s got some neat features that set it apart. The game offers more than running and jumping, with temples to explore, challenging puzzles to solve, maps to find, boss fights, traps and weapons to collect. In fact, these simple RPG elements remind me of early Zelda games. There are even heart pieces to collect. There’s a ton of variety too, with everything from falling platforms to sneaking past guards while hiding in the shadows. The unique style makes the game stand out from the crowd and makes it a pleasure to play.

Shantae and the Pirate’s Curse features some great visuals. There’s a retro vibe to them, harking back to 16-bit days, but there’s much more to it than that. Some of the backdrops are very well designed, like the lightning effect on Spider Island. It helps to encapsulate the eerie feeling of that island, which hosts all sorts of odd monsters, though always in a comical sort of way. It’s like the front of a Rob Zombie album, with strange colors and odd creatures that don’t exactly scare but definitely look creepy. 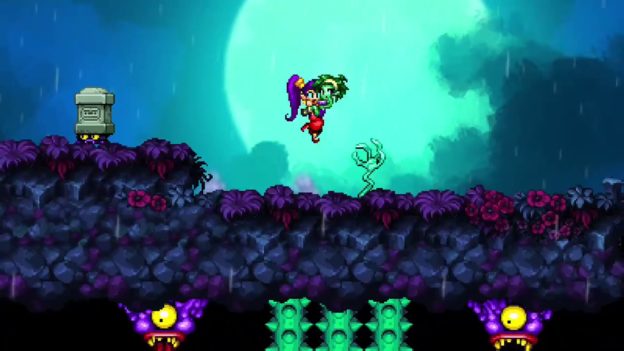 Speaking of enemies, there’s a wide variety to battle, from mermaids to scorpions. They’re usually easy to beat, but they vary in their attack and number, which keeps it fresh. Bosses are big and bold and, although not terribly difficult, they’re fun to fight. With only seven “levels” or islands to explore, the game seems short, but it’s actually quite lengthy. It’s never too difficult, but there are some head-scratching moments, and some maze-like temples can take time to work your way through. It’s extremely satisfying to solve though, and almost impossible to put down, even after completing a temple. “Just a little more” is a phrase I frequently used while playing this game.

The audio is also fantastic. The retro-inspired tunes are super catchy and, although they’re generally short and repetitive, they never become annoying. In fact, the bouncy beats enhance the game, setting a mood that matches the current location and characters. 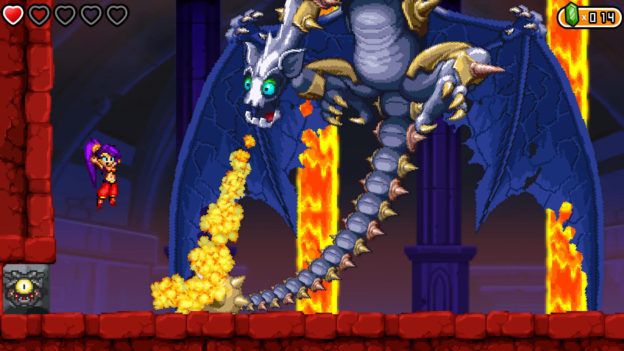 Overall, Shantae and the Pirate’s Curse is a joy to play. If you’re new to the series, then this is as good a place to start as any. It offers a challenging, funny, and engaging platforming experience to entertain even the most hardcore of fans. Do yourself a favor and give this one a go. I know it’s given me incentive to visit the rest of the Shantae series!

Shantae and the Pirate’s Curse is a brilliant platformer that’s fun, challenging, humorous, and looks great. If you haven’t already checked this out, I highly recommend that you give it a go!