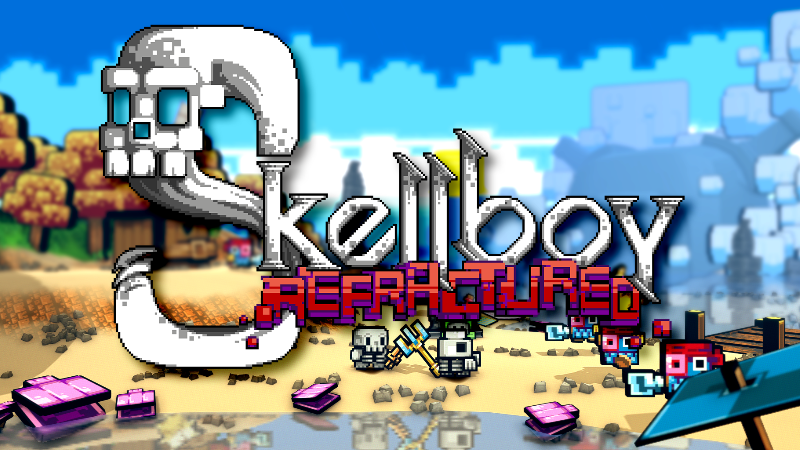 If you were a dusty old Skeleton, freshly revived from the grave, to save a Kingdom in peril, how would you protect yourself? Killing your enemies, tearing off their limbs, and using them as armor, of course! In Skellboy Refractured, the player takes control of Skippy, a spooky skeleton, and the unlikely hero of the Kingdom of Cubold. In this updated version of the original game, players can enjoy a brand new randomized dungeon, local two-player co-op, and tons of new items, along with some gameplay improvements as well. So the question is, is Skellboy Refractured a game that’s worth being revived, or should it have stayed in the grave?

From what I’ve read online, the original Skellboy game received average reviews, with its main complaint being performance issues. From my experience, Skellboy Refractured ran pretty well in both TV and handheld mode. However, there were a few times when a lot was going on, or there were too many enemies on the screen, that I did experience some frame rate issues. While they didn’t last long, they did sometimes affect my gameplay and cause Skippy some damage. This only happened once in a while, and while it is annoying, it’s not an issue that ruins the game. 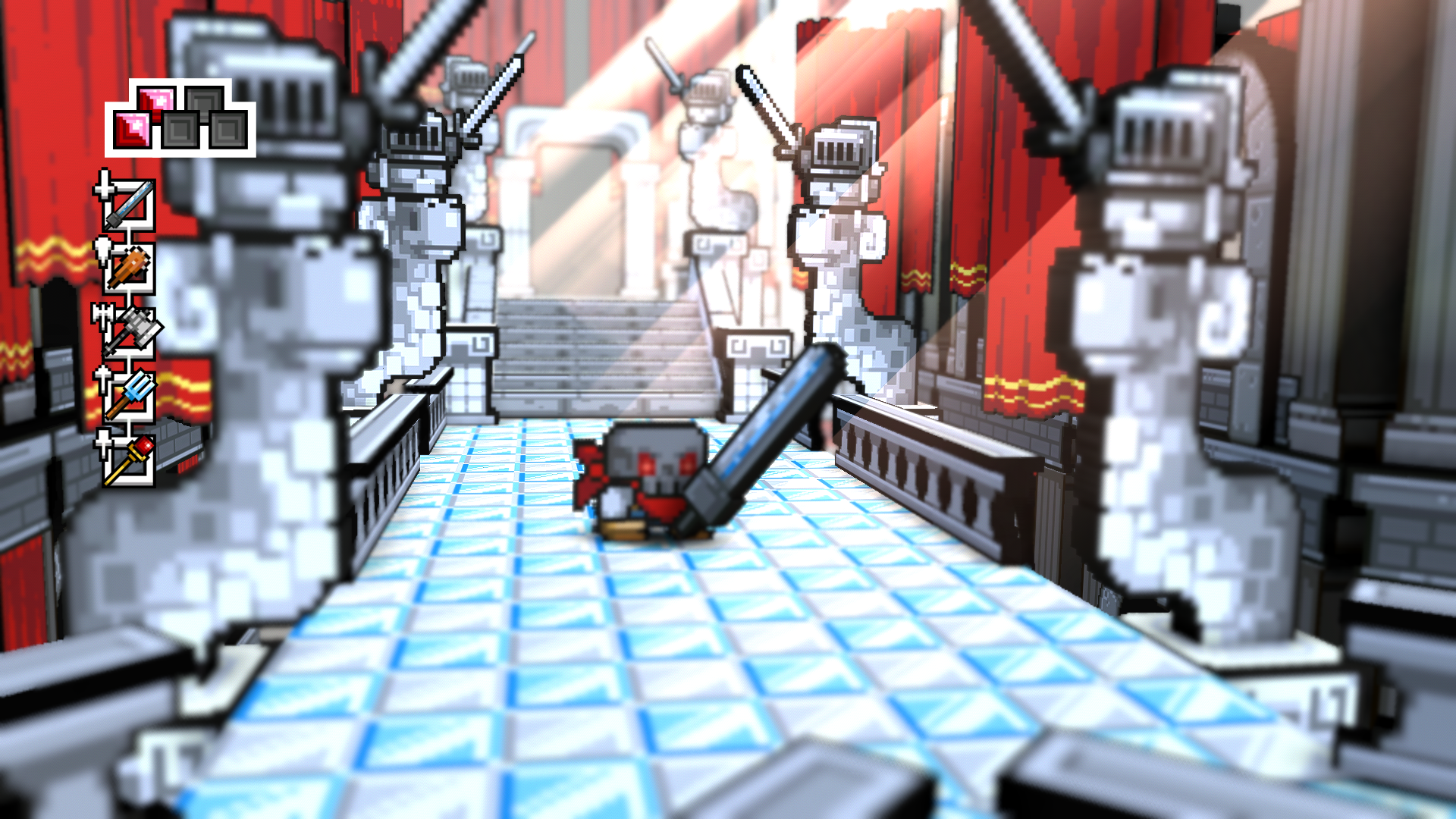 The only thing that I can say really “ruined” my overall outlook on Skellboy was the battle system. Throughout the game, Skippy will find weapons that he can pick up and use. The player can carry one weapon from each category (club, lance, sword, etc.). You can easily switch between them with the press of a button. Regardless of which weapon you use, they all felt a bit awkward and hard to aim. The sword was the easiest to control, with the lance being my least favorite. It’s also kind of monotonous when attacking. Think back to the original Legend of Zelda, where Link swiped his sword in only one direction, and you had to place yourself in certain positions to get the right hit. Well, it’s exactly like that. I feel adding another animation to Skippys attacks or giving him a special attack would’ve been a great improvement. 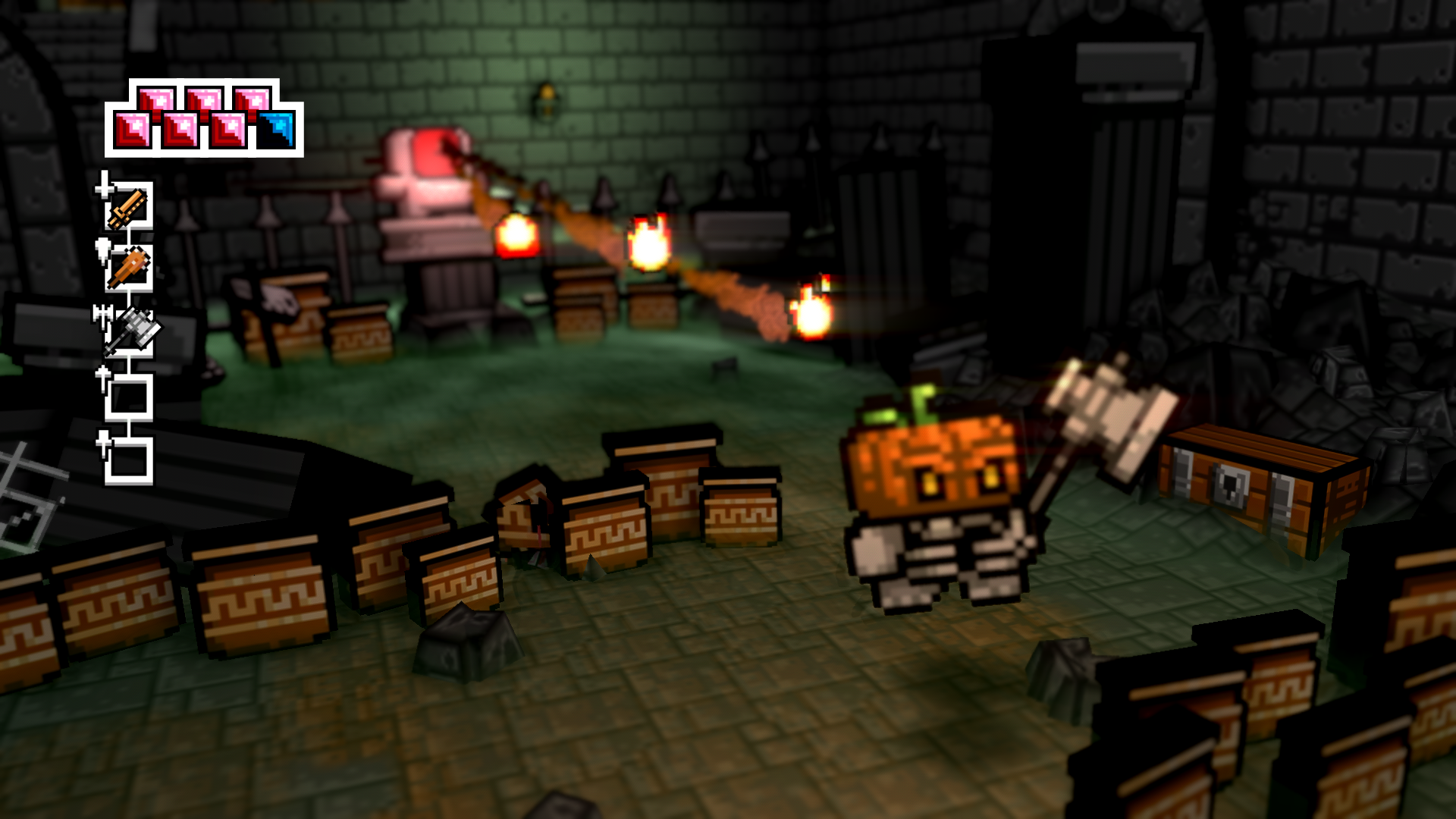 One thing I have no complaints about is how the game looks. There is so much depth and detail in this little pixel kingdom. I’m sure some of you will notice the similarities between Skellboy and Octopath Traveler, an awesome game where 2D and 3D graphics coincide beautifully. Skellboy doesn’t do it as well as Octopath, but they’re pretty close. I honestly love this new updated look and would love to see more “retro” games done this way. The music was pretty good too, with a few notable chiptunes throughout, but nothing special. 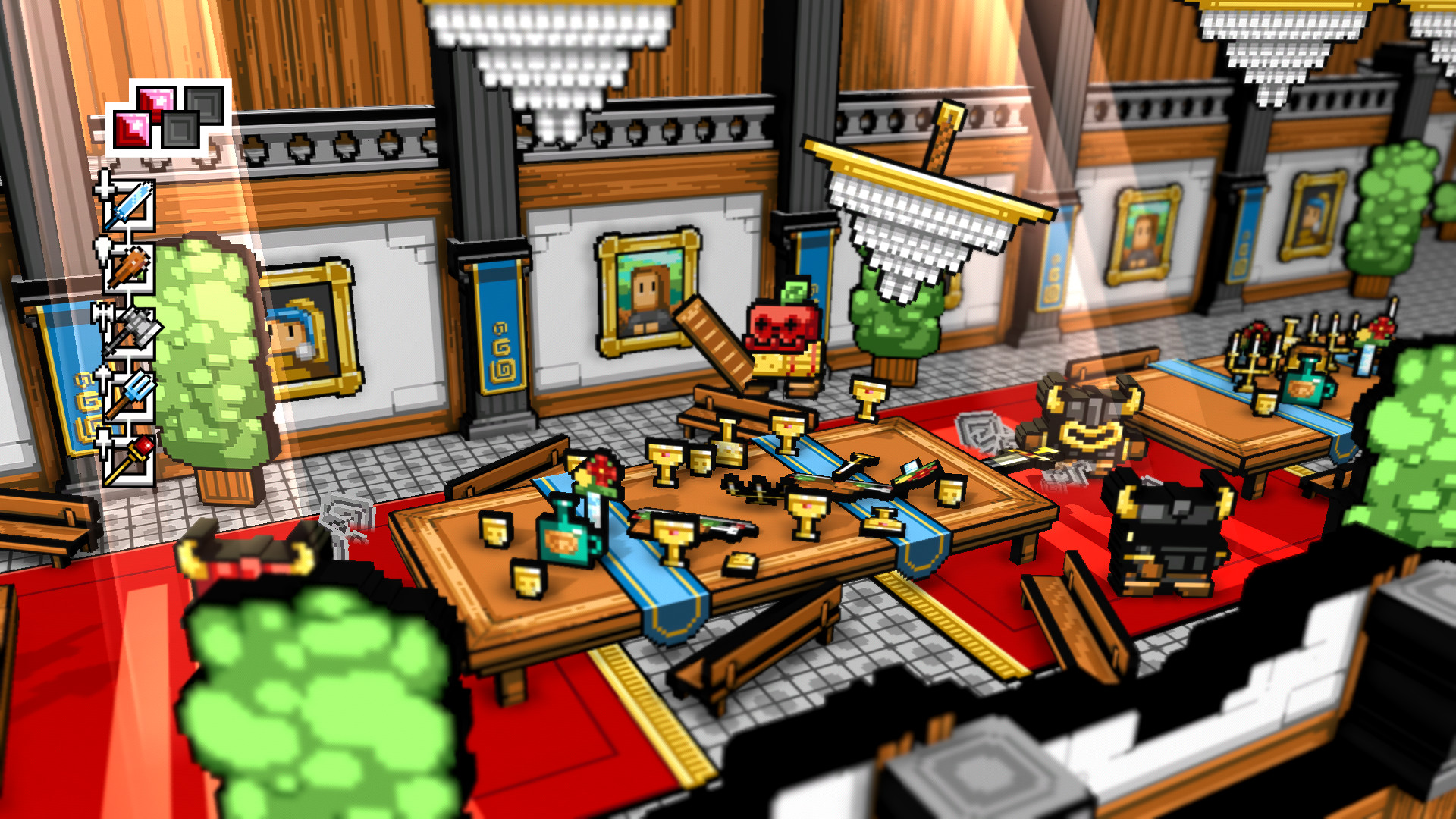 One of my favorite parts about Skellboy was playing in co-op mode. While it was a little more chaotic, it was a lot more fun taking on the bad guys with a buddy. Skellboy Refractured sounds gruesome the way I described it above, but it’s actually a really fun, family-friendly game that anyone can pick up and play. Especially if you have kids. When you kill enemies you do get to wear their body parts and their armor, but its not gory in any way, more silly if anything. Some of the things you can wear give Skippy special abilities or extra health. Other items can make you move slower or lose health. There are plenty of enemies and tough bosses, but there are also plenty of checkpoints along the way. So don’t worry if you find yourself often perishing; dust your bones off and try again. 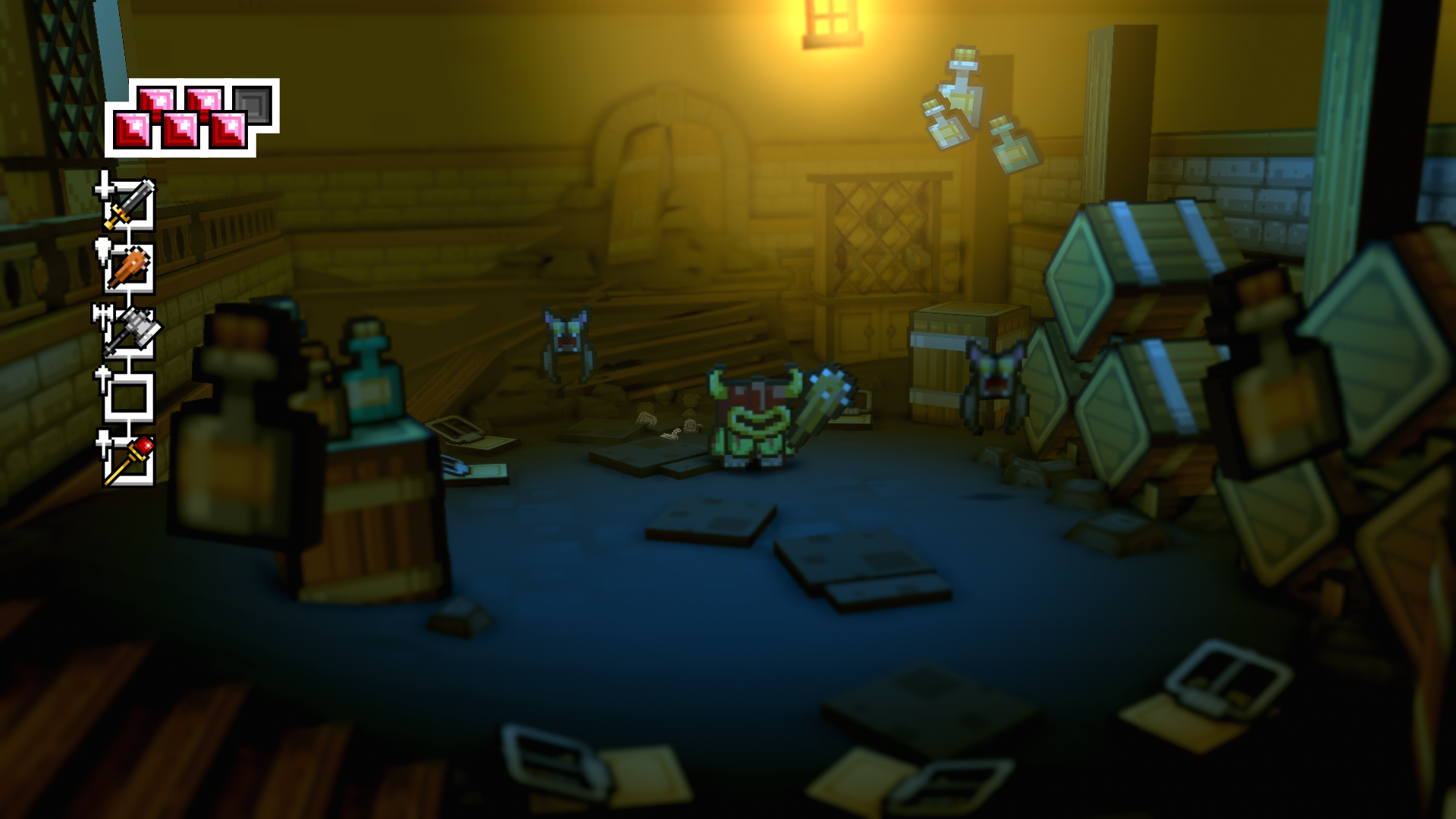 Skellboy Refractured was a lot more fun than I thought it would be, and there is plenty to do to keep you busy. While the game isn’t too long, there’s a good-sized world to explore, with hidden areas and special items that can only be found later in the game. I highly recommend checking it out if you’re looking for a cheap game to tide you over until E3. Skellboy Refractured is available now on the Nintendo Switch eShop for $19.99.

Skellboy Refractured was a lot more fun than I thought it would be, and there’s plenty to do to keep you busy. It isn’t too long, but there’s a good-sized world to explore, with hidden areas and special items that can only be found later. While I feel it could still use some slight improvements, I definitely recommend checking out this great-looking, entertaining game.