My first gaming console was the Sega Genesis. Because of that, Sonic was a big part of my childhood as I loved playing his titles. With Sonic Mania Plus, not only does this game make my child-self happy, it makes me happy in the present to see the great care in bringing back Sonic in such a fantastic way.

Sonic Mania Plus has zones that would have fit perfectly in the Genesis games, as well as bringing back older ones.  My favorite out of the new zones would have to be Press Garden – the backgrounds are a beautiful East Asian aesthetic with wintry themes. The bosses are great, with one in particular an amazing reference to a Sonic game I loved to play as a kid but thought had been forgotten. The bonus stage at checkpoints was awesome to see again, and the bonus stage at the giant ring was reminiscent of Sonic R graphics-wise. The two other games modes, Time Attack and Competition, are okay but not as enjoyable as Mania mode to me. 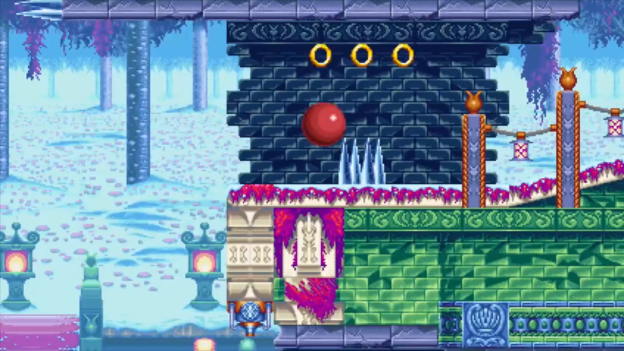 With the newly included Plus feature, you can now play as Mighty the Armadillo and Ray the Flying Squirrel! Both of these characters from far back in Sonic history. Mighty’s ability is to block enemy hits and spikes when curled up, as well as the power to slam into the ground, while Ray’s ability is to parachute down slowly. However, if I had to pick my favorite character to play in Mania in addition to these new characters, it would have to be Knuckles due to his ability to glide and climb. I find Ray hard to control, he just floats there or dives into the ground, while Mighty’s blocking is a nice convince. 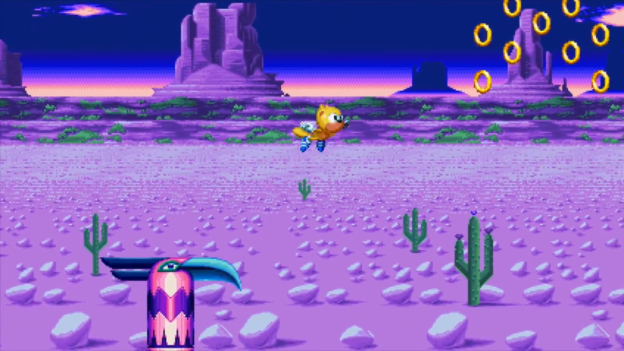 Along with new characters, there is a feature called Encore Mode. You begin playing as Sonic, with a choice between adding Mighty or Ray along with you, through the levels of Sonic Mania with the ability to switch in-game who to control. However, what makes this feature really interesting is that throughout the levels there are boxes with the ability to change your partner to a completely different character, Tails or Knuckles–this also works to unlock them. There are no life boxes in this mode, rather, each character works like a life. If you die as Knuckles, you can’t play as Knuckles unless you unlock him again. The bonus level in this mode works as a way to unlock characters, as well as get items and rings in a skill crane game within a pinball game. This mode was a lot of fun and a great addition to Mania. 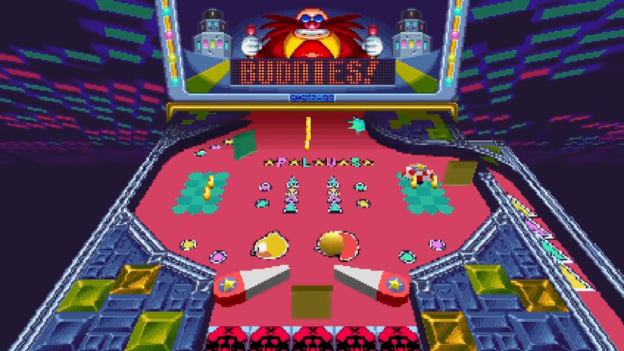 Overall, Sonic Mania Plus adds even more features to an already awesome game! I had a lot of fun playing this game and would highly recommend it to anyone, but especially to fans of the older Sonic titles. Also, by getting the physical copy of Sonic Mania Plus, you also get a mini art book of characters and levels from the game as well as an awesome reversible cover that can make your Switch case look like a Sega Genesis case.

To read our earlier review of the original Sonic Mania, click here. 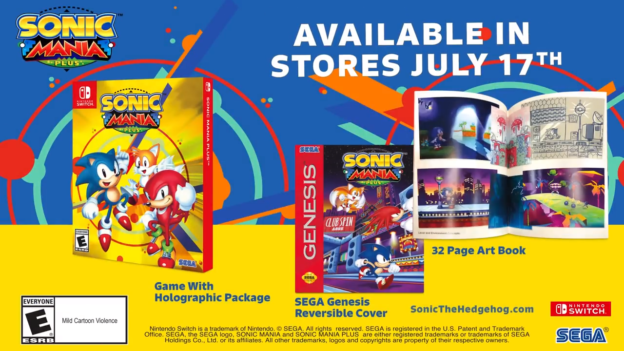 Overall, Sonic Mania Plus adds even more features to an already awesome game! I had a lot of fun playing this game and would highly recommend it to anyone, but especially to fans of the older Sonic titles.