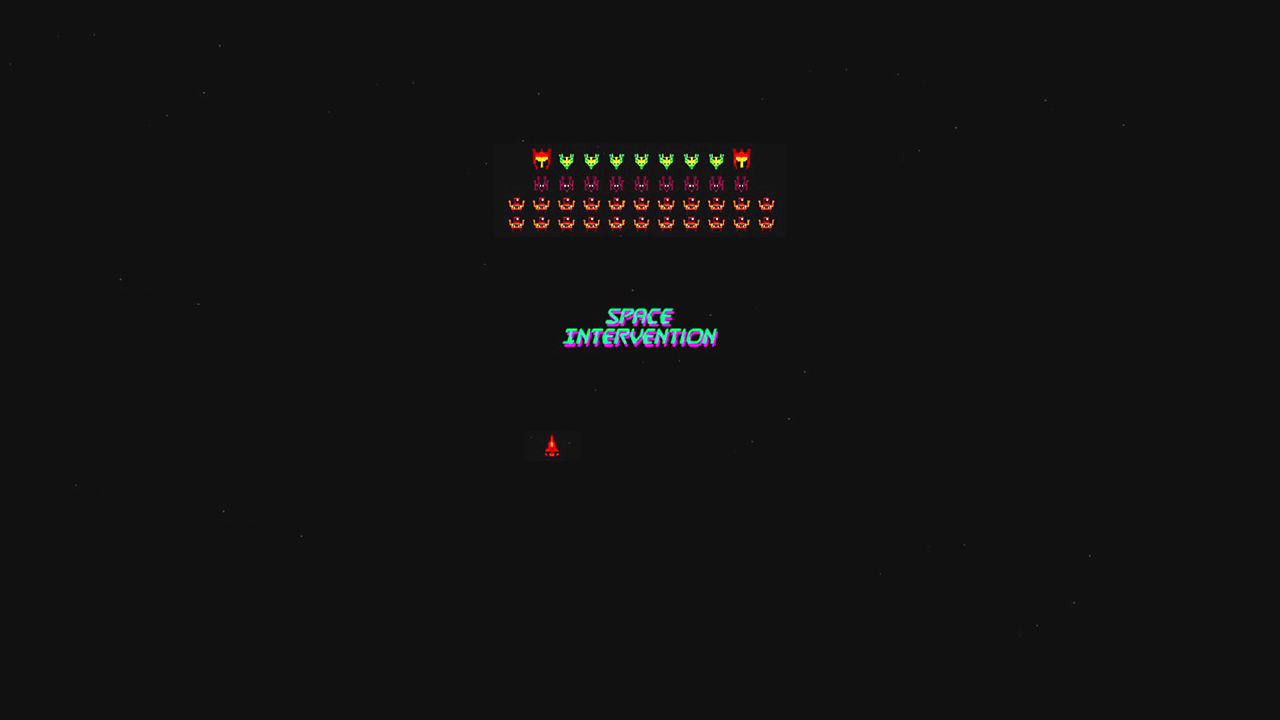 In space no one can hear you yawn.

Pretty sneaky of the aliens, really. Once again they’re attacking the Earth, but apparently disguised it this time as an intervention. “These heavily armed ships approaching your planet are not here to destroy it, no. They’re here for a Space Intervention to help you work through all these issues you’ve been facing.”

It was believable because, let’s face it, our planet is certainly facing some issues.

But here we are again, fighting off an alien invasion with one lone pilot to save us, like Greta Thunberg standing up to the United Nations for our #ClimateEmergency. We’ve been fighting this alien menace pretty much since the first arcade games rolled into your local movie theaters and truck stops, so is it still worth fighting on your Nintendo 3DS?

Space Intervention comes to us from VG && IG, the developers who recently released Squarcat for the 3DS. That was not a good game, which may help explain why I was initially so impressed with this one. Once again, there are no frills here—no story, opening cinematic, or even a soundtrack—but I enjoyed the game early on. As you can tell from the screen captures, you’re at the bottom of the screen shooting up at a squad of aliens who have no concept of modern military tactics. 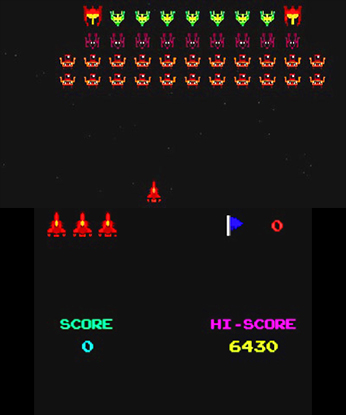 The enemy ship designs are cool, albeit derivative. The animation is smooth. The sound effects mostly have this odd metallic sound that reminds me simultaneously of heavy industry and the guitar work in mid-80s Yes songs.

But then a sinking feeling set in. What I think happened here is that the developers took the best parts of Galaga and Space Invaders, set them aside, and gave us what’s left. Whereas the enemy fleet shifts back and forth like in Space Invaders, they don’t descend. You could theoretically play Space Intervention for half an hour and never fire a shot—just slide back and forth and avoid the enemy lasers and homing devices. There are also no bunkers to hide behind, removing one of the only strategic elements from Space Invaders.

Galaga at least let us attack the enemy ships as they were flying into formation, and they would swoop down at us to keep things lively. Here, each new level begins with the fleet already set up, and they barely move until you’ve eliminated all the ships or they’ve eliminated you. 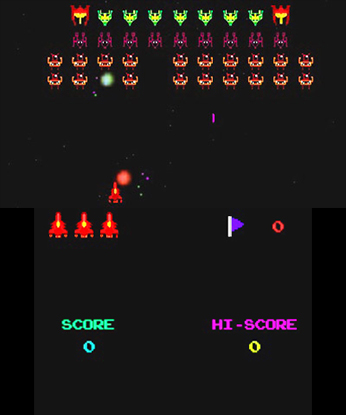 In other words, this game doesn’t change…or at least it didn’t in the amount of time I was willing to give it before I got bored doing the same thing level after level. Beyond your score, there’s nothing to reward you for progressing forward; no achievements, no online leaderboard, nothing. It doesn’t even tell you what level you’re on. In a way, though, maybe that’s kind of poetic. If you’re the only person left to defend the Earth in what’s undoubtedly a doomed mission, who cares how far you get in the process. You’re going to lose and the Earth is going to be destroyed. Thanks for trying.

Space Intervention is fine for a couple rounds at a time. If you’re looking for a way to prevent your 3DS from feeling lonely, consider spending a dollar to get a few minutes of old-school arcade action every now and again.

Honestly, if it had been released as a handheld electronic game in 1982 my brothers and I would’ve been all over it. But it wasn’t. It’s 2019, and even for $1 on a dying gaming system I expected better results from my Space Intervention.