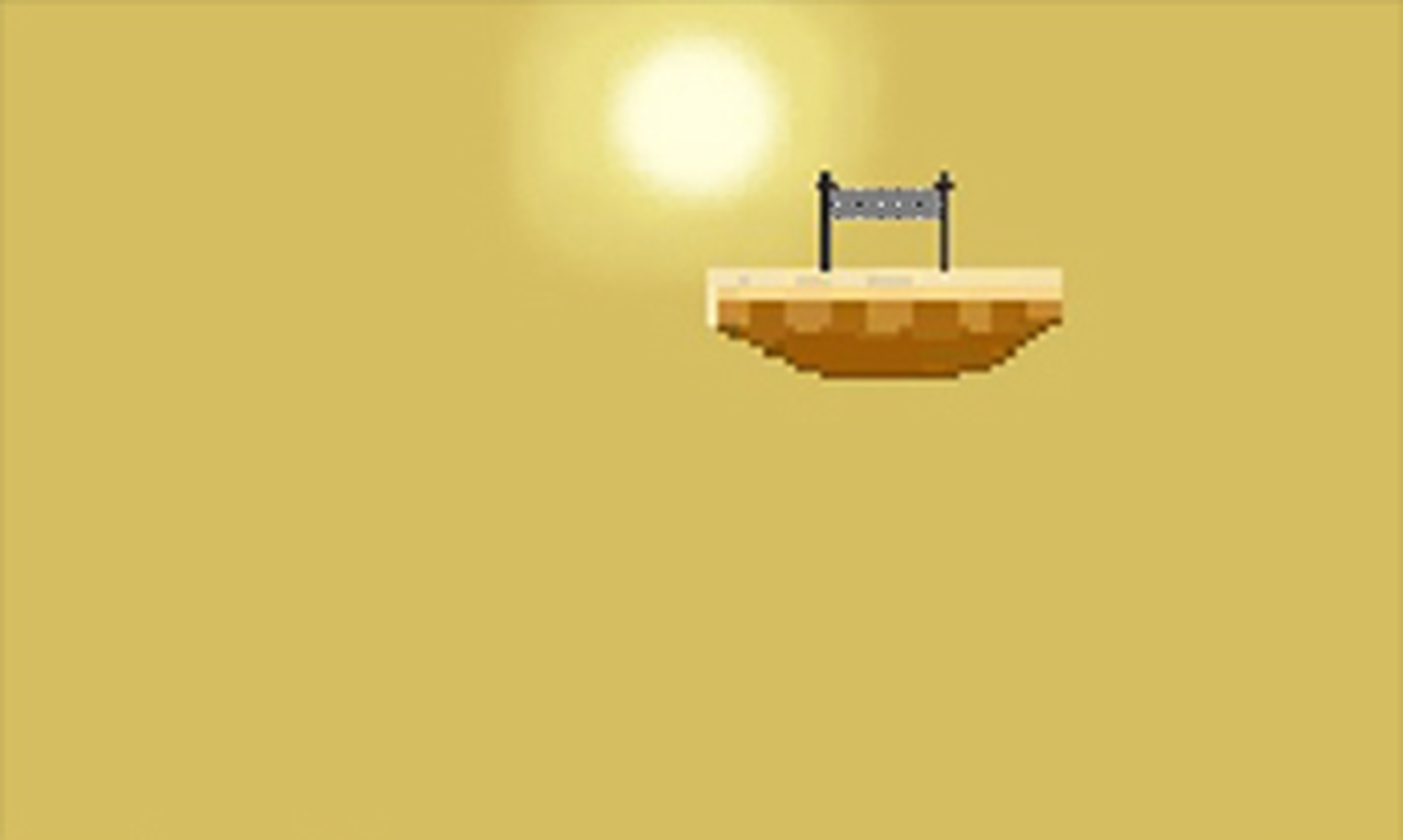 I’m clinging to my Nintendo 3DS like the captain of a sinking ship clinging to its anchor. I’ve enjoyed so many adventures beneath its sails, seen so many strange and fascinating worlds, that it’s hard for me to watch it sink beneath the turbulent gaming sea.

As such, I continue to seek out games to play. Games I wanted to play but never did. Games that are worth playing again or, honestly, finishing the first time. And every now and again I try something new. Now, some of you might be saying, “Kirk, there are no new games coming to the DS, be it of the 2D or 3D variety.” Yeah? Tell that developer VG && IG. Their new game, Squarcat, was just released this month for Nintendo 2DS and 3DS, and…

Squarcat is a little puzzle game in which you must help a (square) cat reach a goal. All the cat can do is jump (B button), so you’ll have to manipulate the environment to help the cat along. Turn on fans, move platforms, knock over trees, push boxes, etc. 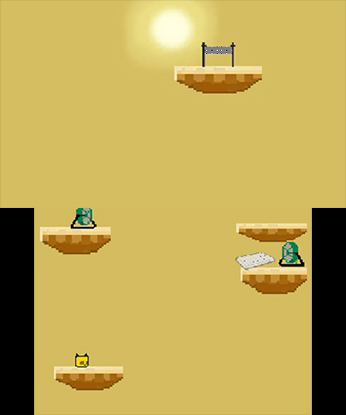 The puzzles stretch from the bottom to the top screen, but because the gameplay is touch-based, you can only interact with objects when they’re on the lower touchscreen. Sending a platform to the top screen, in other words, means it’s stuck there. If you needed to be on it and weren’t you’ll have to start the puzzle over again. 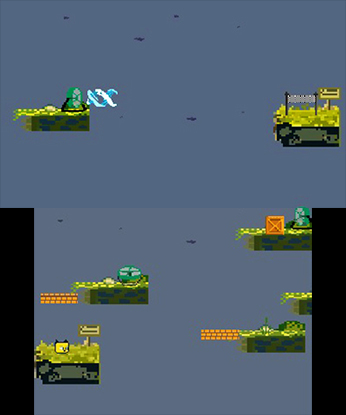 Gameplay is basic, but it could’ve been pretty fun if handled properly. Sadly, it isn’t. For example, the physics are just weird, making chores out of something as simple as getting a fan to lift you to another platform; if you’re slightly misaligned you’ll blow the wrong way and not reach your goal. In addition, you jump with the B button and control direction with the d-pad or joystick, but you have to tap the screen to manipulate objects. This gets very awkward when timing is an issue.

It doesn’t help that the game is so…sparse. The graphics are very basic, giving you only the platforms, the obstacles, and the occasional tiny cloud to look at. 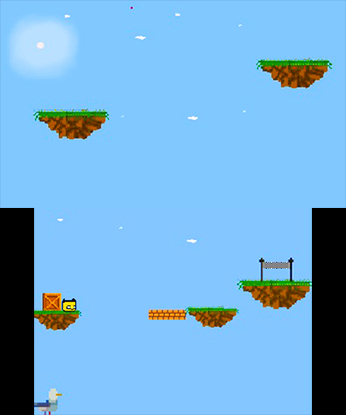 The colors are flat. There’s no support for 3D. The audio is nearly as bad. I’m fine with no background music, but there’s not even a celebratory chime when you reach your goal. The only sounds to be heard are effects such as the fans blowing and trees falling over. Oh, and the seagulls. Always with the seagulls. The description at Nintendo’s site states the game has a “soothing atmosphere,” but I found it somewhat unsettling; the lack of audio effects made me think there was something wrong with my New 3DS.

Listen; I know I shouldn’t expect much when spending $0.99 on a 3DS game, but I at least expect a full product. Squarcat feels like a group assignment in Beginners Programming, and two of the team members decided they’d rather get drunk and make Tik Tok videos than help their classmates. Give credit to the others for still turning the project in, but despite some okay puzzles, the poor physics, lack of audio, and heavy repetition earn Squarcat an incomplete.