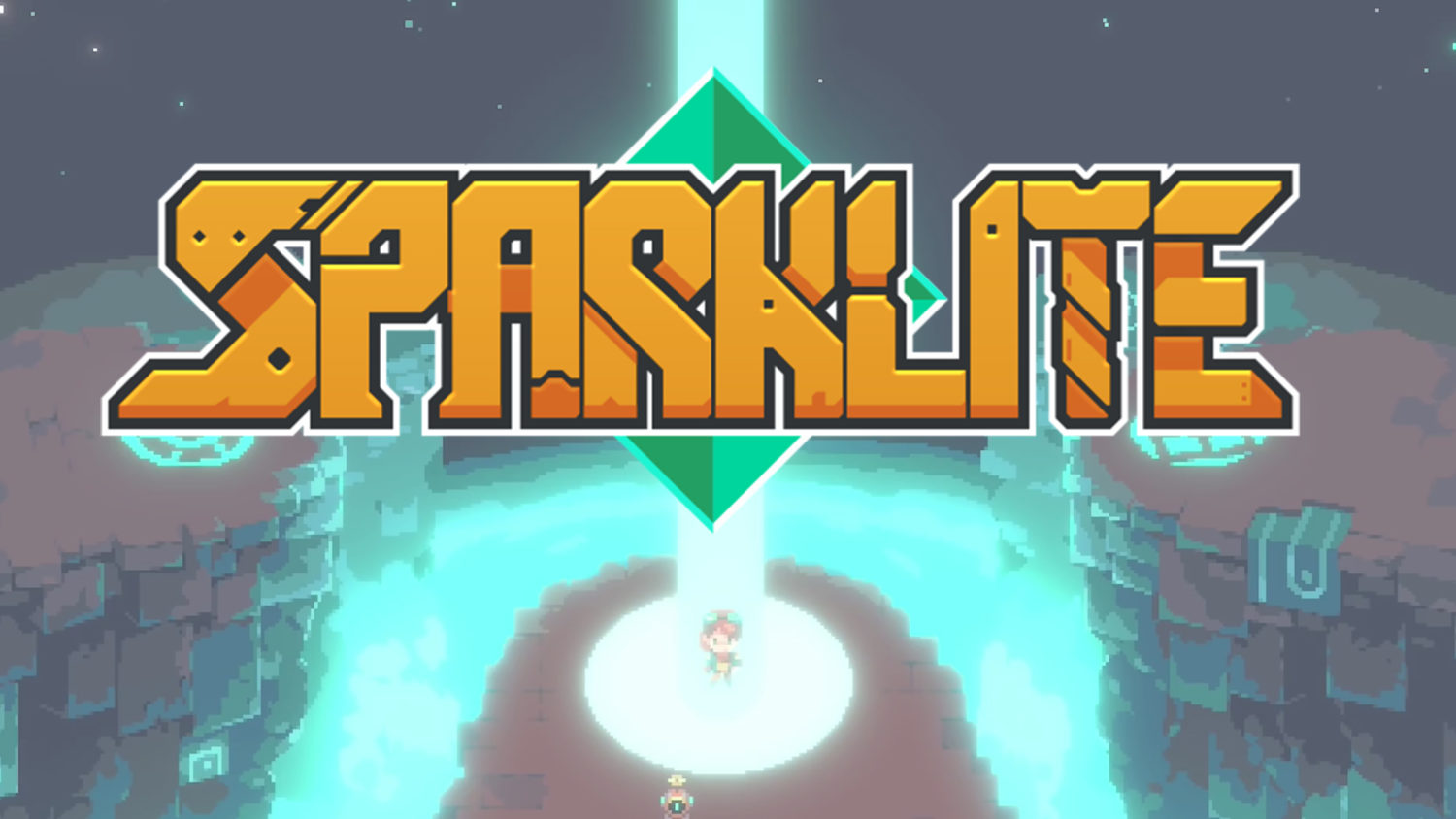 Sparklite, even at a cursory glance, smacks of Zelda. However, the latest title by Red Blue Games for the Nintendo Switch digs far deeper than just another SNES era top-down action RPG. 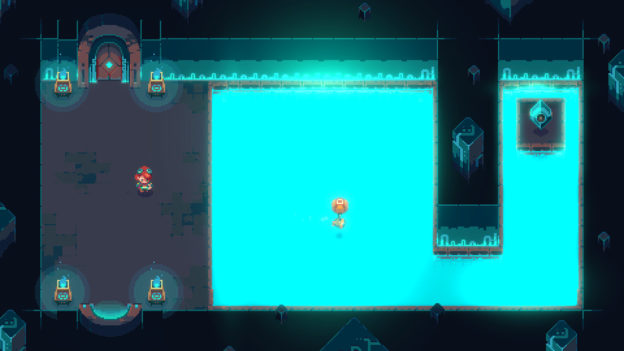 The setting of this adventure is in the ever-changing land of Geodia, powered by a neon aquamarine element called Sparklite. It’s not only the life force of the planet, but also a nearly limitless energy source that’s harnessed by the planets’ inhabitants for good. Unfortunately, it can also be harnessed into a source of power by nasties like Geodia’s Baron, who seeks to mine the world’s Sparklite for his own ends.

Because of this greedy over-mining, the flora and fauna in Geodia have gotten violent, so Ada and her team of engineers, inventors, and balloon pilots escaped to a floating city called The Refuge. From here, you can invest Sparklite you collected on terra firma to upgrade your own stats, develop new weapons, and expand The Refuge to make your adventure that much smoother.

The pacing of the game goes a little something like this. Explore one of five biomes as Ada, with her wrench in tow. The wrench works as a slicing melee weapon, but can be charged up into a power hammer strike. Explore a biome that unlocks after the previous one is conquered. Dig up Sparklite by fighting enemies or solving puzzles. Enter weapon shrines and take a new gadget for a test drive, which gives you the blueprints to make it once you return to The Refuge. Defeat the Biome’s boss Titan. Move on to the next area.

I’m oversimplifying it of course, because half the fun of the game is taking your time and taking in the game’s stunning visuals rendered in intricate pixel art. When you die, you’re plucked by a claw which brings you back to The Refuge where you can hopefully make your next trip a little smoother by spending some Sparklite on upgrades. When you do go back to land, expect surprises; Geodia is a land in constant flux.

I’ve been a skeptic of procedurally generated levels since the concept became a thing, as I find them a poor substitute for original and streamlined level design. Sparklite made me a believer in the idea, if only because it’s the first time I’ve ever seen it done right. Not only did it offer a fair amount of challenge, it turned what would have been a grind for collecting Sparklite into a fresh hunt on every new go-around. 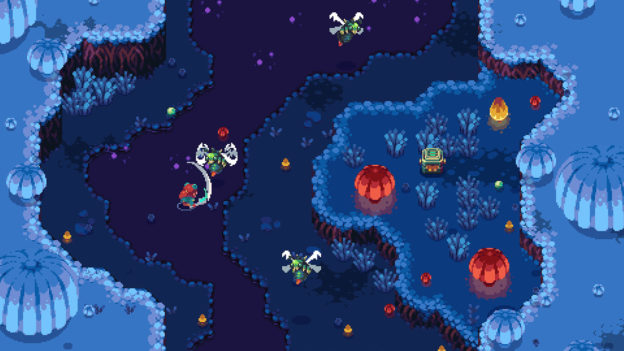 The rest of the gameplay offers the same action-RPG goodness any fan of the genre is used to—using new weapons to uncover new secrets, heart-pounding boss battles, and the backdrop of a gorgeous world.

In 2019, I thought I’d seen everything that top-down action-rpgs could dish out. Sparklite is nothing short of a happy surprise, offering new spins on a time-honored genre. From its beautiful graphics to its addictive gameplay, giving this fresh entry anything less than a perfect score would be criminal.