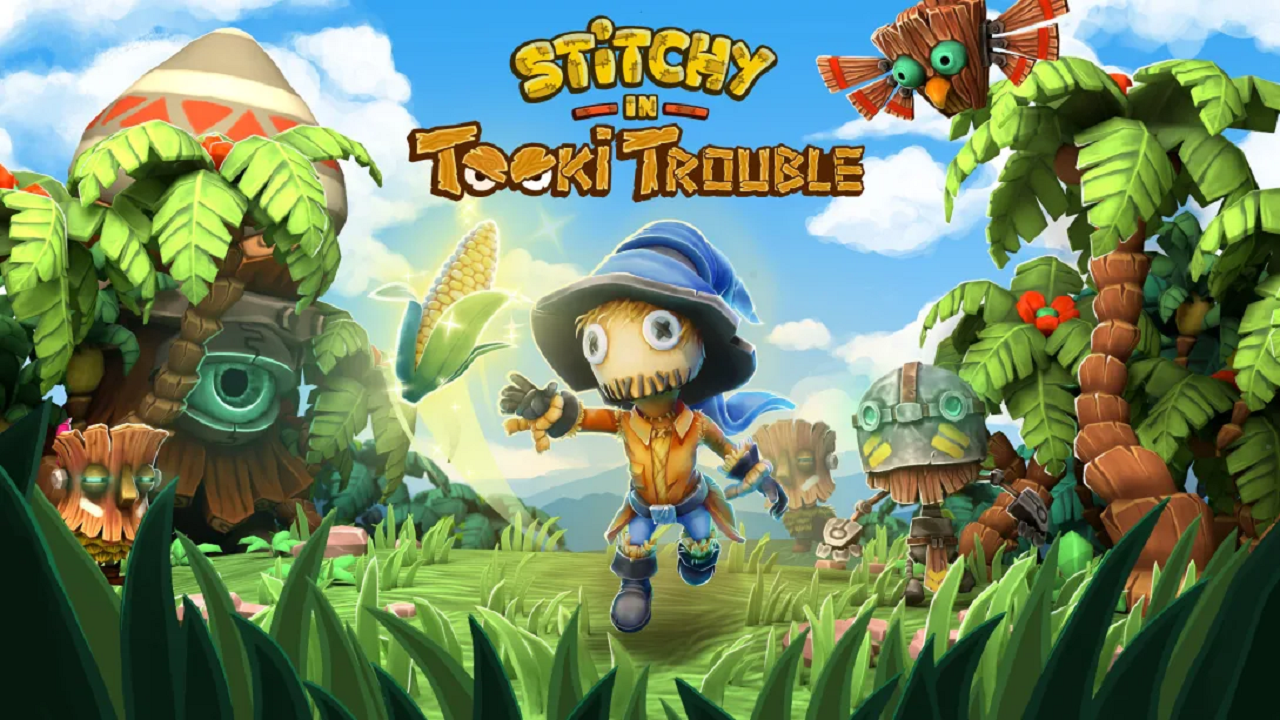 One look at Stitchy in Tooki Trouble tells you almost everything you need to know about it: it’s a Donkey Kong Country clone. The graphics are blatantly copying the latest in the series, and there are more than a few ideas that seem stolen as well. I mean, come on, the main enemies are literally Tiki people, just like in DKC Returns. That being said, how does Stitchy in Tooki Trouble do?

After a brief opening cutscene, you’re thrown into the action. You’ll quickly notice that movement options are at a minimum. You walk (no run button), jump, double jump, and stomp. I must admit, I was pretty underwhelmed. But the more I played, the more it seemed they were going for a simpler game.

Level design is really basic, with I’d say about 90% of it feeling like ‘hold right to win.’ There are a few mechanics thrown in to shake things up a bit, like cannons (cough-barrel cannons-cough), chains (cough-vines-cough), and minecart levels (yeah, they’re pretty blatant here). There are also three collectibles to find per level; however, they’re all ridiculously easy to find.

Graphically I’ve got to give the game credit, though. It’s completely knocking off the newer DKC games in looks, but it does look pretty good. Unfortunately, music is a different story. It’s all just kinda there with no track feeling too memorable, but it’s at least passable.

What really will make or break the game for you, though, is the difficulty. It’s really easy; I beat Stitchy in Tooki Trouble in about two hours with all collectibles. I find it unfortunate, as DKC is known for its difficulty, but if you have been turned off from the series by it, you may enjoy this difference.

Overall, I did enjoy my time here. While I’m personally disappointed by the low difficulty, I can see it being a good game for younger gamers, or, again, those who were turned off by DKC’s high difficulty. If you’re a fan of DKC or are looking for a simple, quick platforming romp, you could do a lot worse than Stitchy in Tooki Trouble.

Though it is rather easy, Stitchy in Tooki Trouble should appeal to younger gamers or those looking for a simple, quick platforming romp.