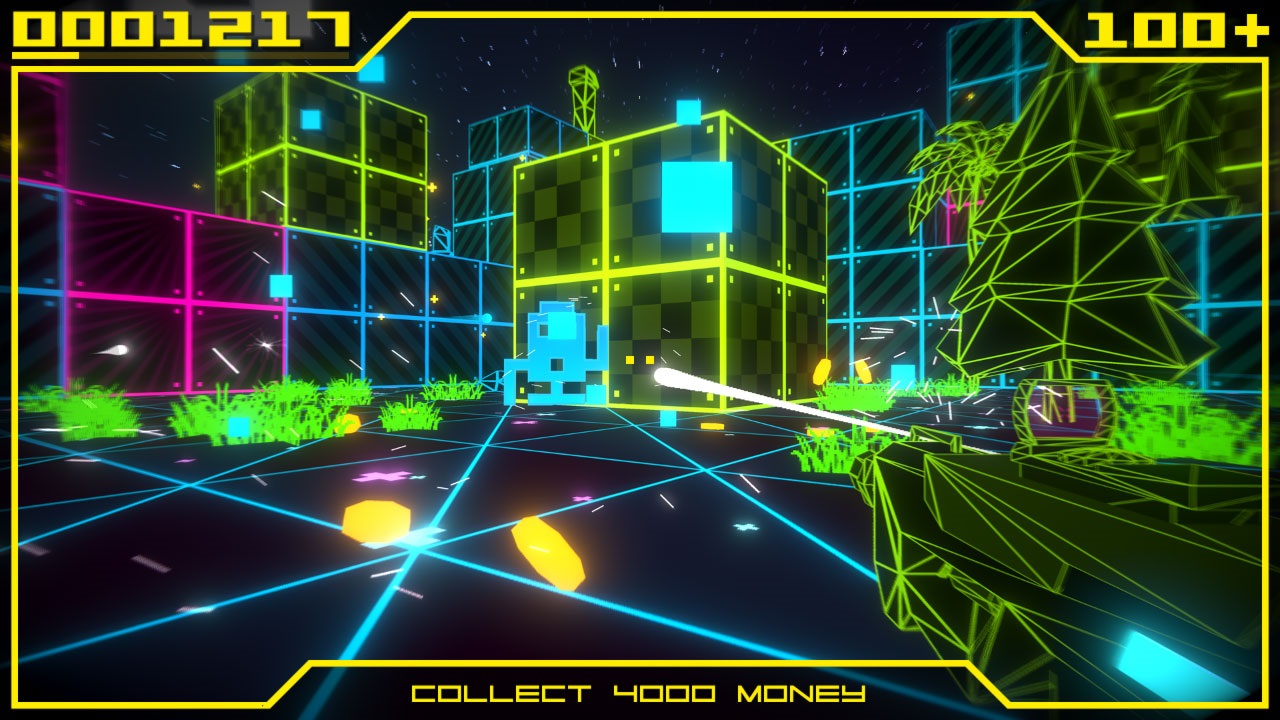 Super Destronaut: Land Wars is a shoot ‘em up game for only $5 on the Nintendo Switch. It’s the sequel to a long-running series from Petite Games that takes arcade-style gaming to a new level.

Super Destronaut: Land Wars is a first-person shooter set in a neon grid-like set of stages, much like a classic, 80s arcade game. The music shifts between dubstep and synthwave, which kept me energetically engaged. And the enemies look like 90s Tamagotchis. 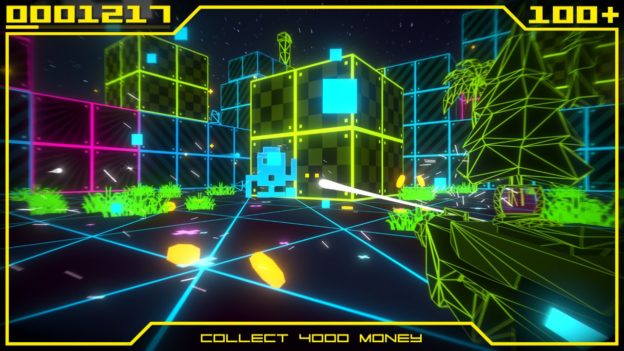 The game has a very simple design with a handful of game modes you can play. The stages start off with five different levels with different objectives. The challenges include modes such as “classic” and “hardcore”. The game is completely solo, so you can play it to pass time or to try to score a top grade in every challenge. 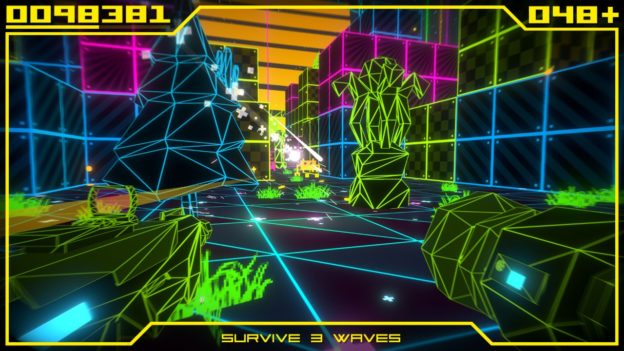 The thing I found most fun about Super Destronaut: Land Wars is that it didn’t take a lot of energy to understand or play. You could jump right in and just start shooting in a crazy setting that was colorful and bright. Running around and jumping felt smooth, as if I was seamlessly gliding across the stage. The shooting mechanics never felt inconsistent or like the aim was that hard to keep on enemies—even when one or two liked to glitch around the level closer and closer to me. There were also a variety of weapons to choose from. I got really into “rampage modes”, where hordes of enemies attacked and I was granted temporary dual-wielding of guns, and using the grenade launcher. Each explosion erupted into a globed grid. 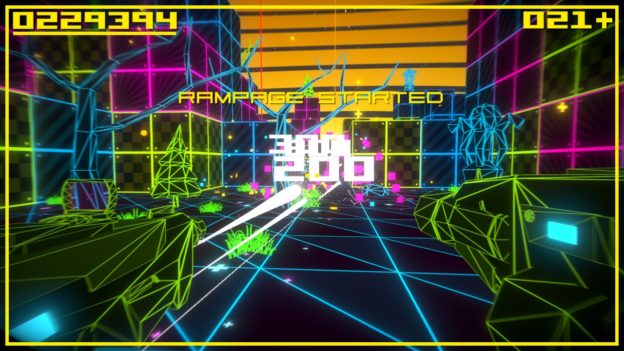 The simplicity of Super Destronaut: Land Wars makes it also a shorter game, by design. There are several levels to play through, but once you’ve unlocked those, the rest of the game is up to you. Beat your best score, run through different gameplay modes as much as you want. I spent a lot of time just hanging around in classic mode taking down enemies, blasting them with grenades.

Arcade games are known for being to-the-point and energetic. Finding one that’s both of those things, and fast-paced, is a treasure. There’s definitely replayability in a title like Super Destronaut: Land Wars. Short as it might be overall, the game modes never get boring, and the atmosphere is a nice break for someone like me who has been neck-deep in more relaxing games.

Arcade games are known for being to-the-point and energetic. Finding one that’s both of those things, and fast-paced, is a treasure. There’s definitely replayability in a title like Super Destronaut: Land Wars. Short as it might be overall, the game modes never get boring.