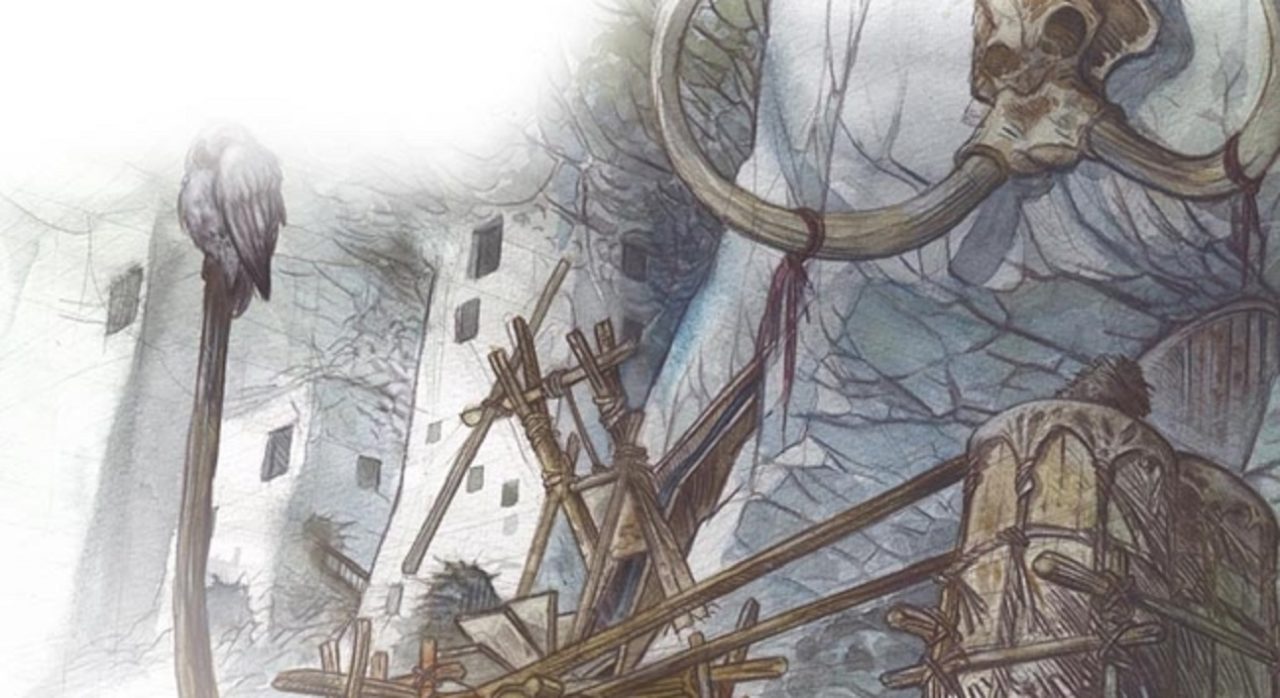 If you haven’t played Syberia yet, I’d suggest doing so. This sequel picks up almost immediately after the conclusion of that first game. I’d also suggest reading my Syberia review, as much of what I said still applies here. This sequel was originally intended to be part of the original after all.

You still control Kate Walker, who inexplicably has abandoned her lawyer life on a whim to search for a land that most believe exists only in children’s stories. Kate has moved from a shortsighted character to one that is now no longer believable. This is the same person who, mere days earlier, refused to pick up a piece of wood because it was dirty and wet. Yet now, she doesn’t hesitate to put her life at risk, whether by being flung down a mountain via the ejector seat of a crashed airplane, or chiseling off a chunk of ice to float over arctic waters to an ancient ship in the middle of nowhere. Phone conversations from back home are also much more limited now.

Kate’s story does get a bit of a boost though, by the new element of being pursued. There are a few characters out to stop Kate, for different reasons, so trying to stay a step ahead of them adds some tension. And once again, the automaton Oscar continues to shine. His story, more than any, is the most memorable. It’s also the most that would enter into the spoiler realm, so I’ll say no more on it.

Overall, the story isn’t as charming as its opening act. More than just Kate’s characterization, there are some darker elements here that seem a bit out of place. I really longed for some more quirky characters to interact with. I understand that in the context of the locales, people aren’t as numerous. But for those that are, even small conversations would’ve been welcomed.

Visually, Syberia 2 is a slight step up from the original, although it lacks in overall diversity. The largely winter scenery offers a crisp sheen, and subtle background animations give some life to areas that are mostly barren. Cutscenes are more of a focal point here as well. Do keep in mind though that this is a port of a 2004 release. The soundtrack, while perhaps not as memorable as the first, is more enjoyable overall.

Syberia 2 is not as good as the first game in terms of story, and this is a story-driven title. The former played out almost like a detective hunt, but here your final destination is known from the start. However it still has some memorable moments along the way, and there’s some, great for its time, visuals and timeless music. Play it and get ready for part 3 to arrive on the Switch soon.