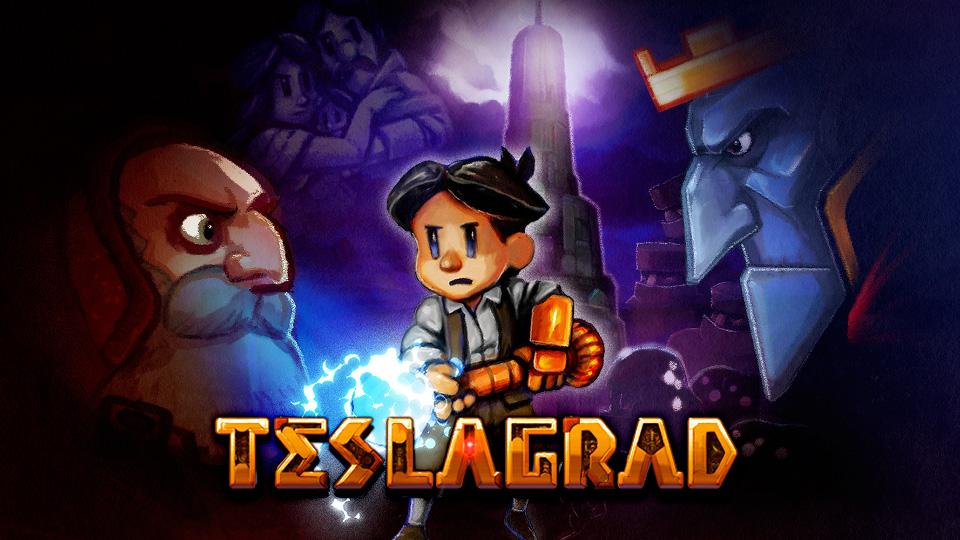 Teslagrad is a 2D puzzle-platforming game that’s been around for a few years, initially releasing in 2013. Since then, it’s done the rounds on a number of consoles, including the Wii U. Let’s see how it stacks up on the Nintendo Switch.

Teslagrad has some unique features that help it stand out from the usual platforming crowd. The game sees you play the role of a young orphan boy who discovers the power of magnetism. This power is used to solve puzzles, as all manner of items are magnetized (or demagnitzed) in order to manipulate your surroundings. 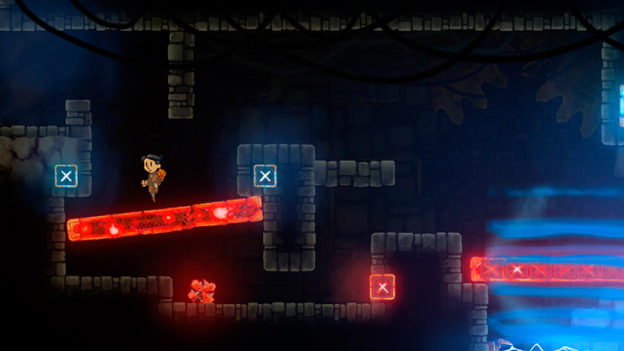 Interestingly, there is no traditional story to Teslagrad – no long intro, not even any text on the screen during the game. Instead, the story is revealed progressively via subtle background imagery. This method of storytelling gives the game an air of mystery. Adding to the secrecy, you begin the game by diving straight into the action, escaping several mean-looking guards by dashing across rooftops in the rain. As you take cover in a nearby tower, the magnetic story begins. 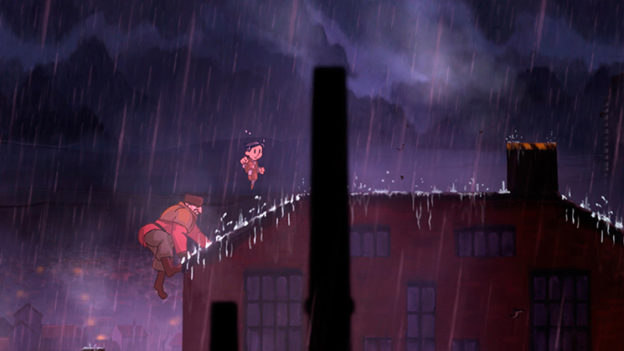 Other elements add to the mysterious effect, like enemies appearing out of nowhere, or strange black creatures screeching at you like something from an Alien movie. These add a somewhat creepy feeling at times, as you silently progress through a dangerous, industrial world. 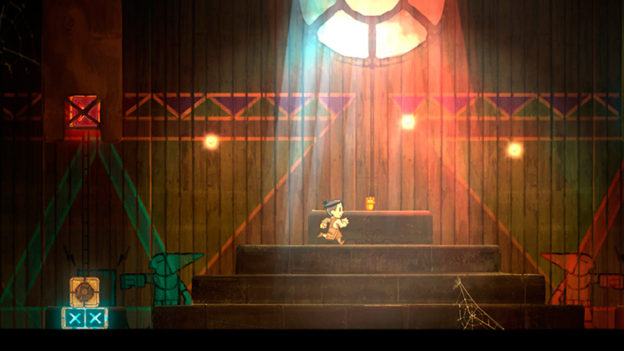 This eerie world looks great though, with hand-drawn artwork that resembles a darker, more sullen version of Professor Layton’s cartoony approach. It’s quite beautiful to view at times, and there are some neat effects, like the rain-soaked rooftops, or dark rooms where only small particles of light can help you navigate. The mysterious atmosphere is terrific.

One thing to note about Teslagrad is that it can be quite a difficult game to conquer. The rooms stretch into labyrinthian levels, with some challenging puzzles to scratch your head to. You will learn some neat skills as you progress, such as teleporting – or ‘blinking’ as it’s known in this game. But once a new skill is learned, you’ll quickly find that the puzzles step up their difficulty to match. To add to the pressure, there are no lives or hearts in Teslagrad; death simply returns you to the start of the latest room. And be warned: death will come frequently, particularly when facing a boss. 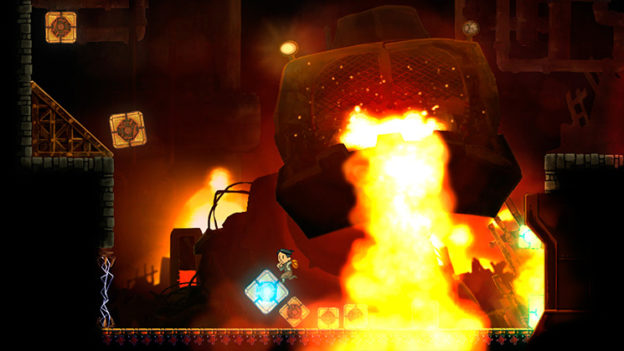 Overall, Teslagrad is a unique platforming experience with a great magnetic concept that adds a new twist to the genre. If you haven’t played Teslagrad in one of its previous incarnations, this is a game worth checking out. It’s an atmospheric title, simple in its storytelling, but brain-teasing enough to keep you coming back for more.

Teslagrad is a unique platforming adventure, with a hero who uses magnetic powers to solve some tricky puzzles. With beautiful graphics set in an eerie, industrial world, this is one game to consider over the holidays.