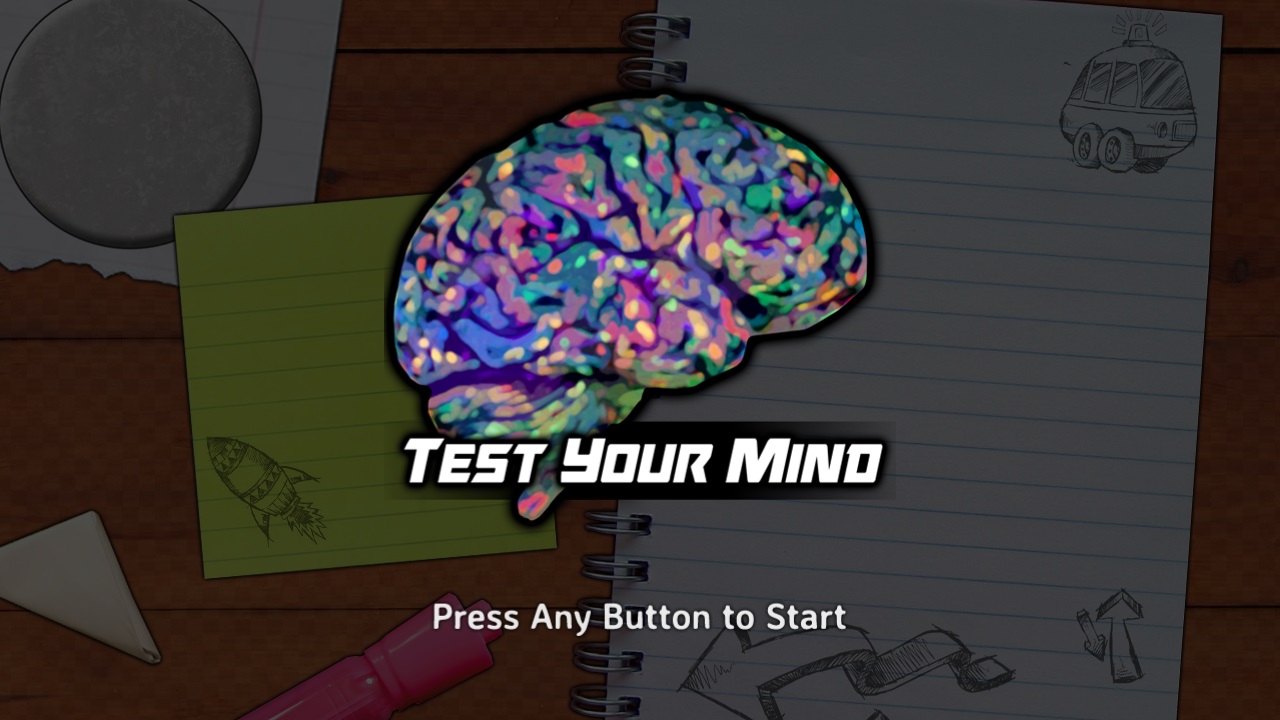 My brain could always use more exercise, so enter Test Your Mind on the Wii U eShop.  This small new release from the indie devs at XenoHorizon offers up a handful of challenging puzzles across three ranges of difficulty.  If you’re into this sort of thing it’s not bad … while it lasts. 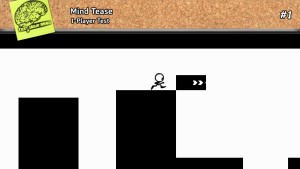 You’ll definitely get the most use out of this title if you experience it with some friends.  Solo replayability is quite sparse.  There is a nice grading system, but once you finally learn solutions (21 in total) that’s pretty much it.  I went from a C on my first game to an A my next.  At least with friends you can “struggle to hold in your laughter as THEY struggle to figure out what they’re doing!”  You can also take part in Memory Wars, a two player simultaneous game in the mold of Ralph Baer’s Simon.  Unfortunately I was unable to test it, which I’ll explain shortly.

My favorite solo puzzles involved a micro platformer, and one featuring a cameo from XH’s first Wii U game, Arrow Time U.  You can skip those that you think are too taxing, but you’ll pay for it with an awful grade.  It’s better to quit and return later once you’ve had a chance to think more.  You can resume and pick up where you last left off, a convenient way to avoid the redundancy of having to replay already solved puzzles. 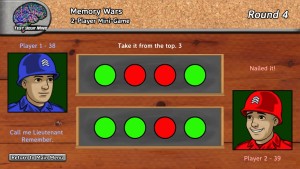 Going back to Memory Wars, it requires a Wii U Pro controller to play. I’m not sure why the Classic Controller Pro, and/or Wiimote/nunchuck combo wasn’t supported.  Needless to say I was disappointed by the lack of choices given.  From what I’ve read and seen at least, the mode looks interesting.

Partial (if restrictive) support for simultaneous multiplayer, a grading system you can share via Miiverse, and the low budget price are factors to consider when looking at Test Your Mind.  For $2.99 you get a Nintendo Web Framework title that can be enjoyed briefly solo, and possibly longer with friends.  The content is light, but the price is a reflection of this.  I really don’t feel it’s fair for me to issue a score on a title I couldn’t fully examine.  So I’ll end by saying that, as a solo experience for me, Test Your Mind is okay for what it is.  So long as your expectations are modest, you’ll probably find it okay as well.