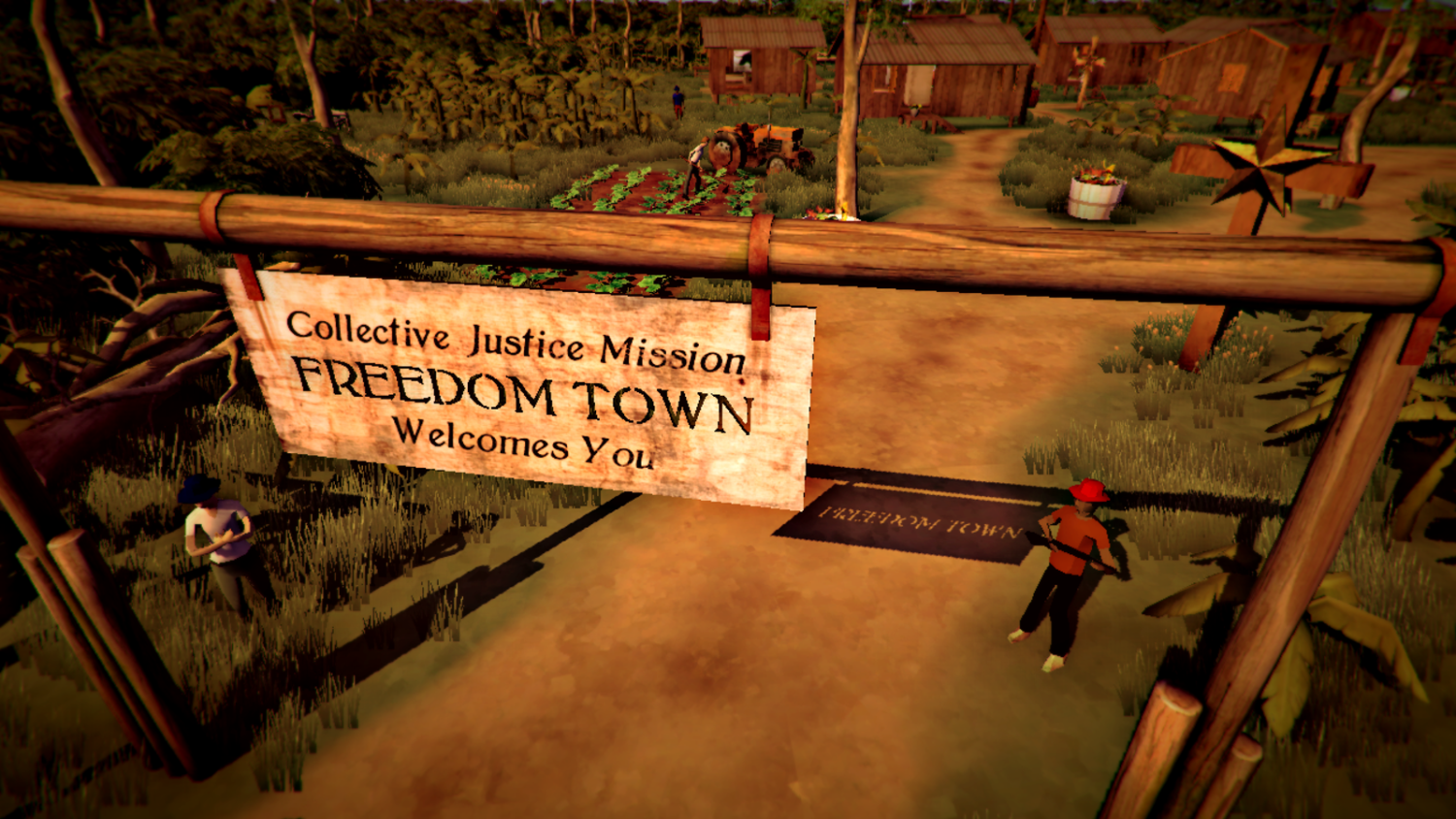 Step into Freedom Town and explore the story behind “The Church in the Darkness,” a 1970s cult whose camp is hidden in the jungles of South America. 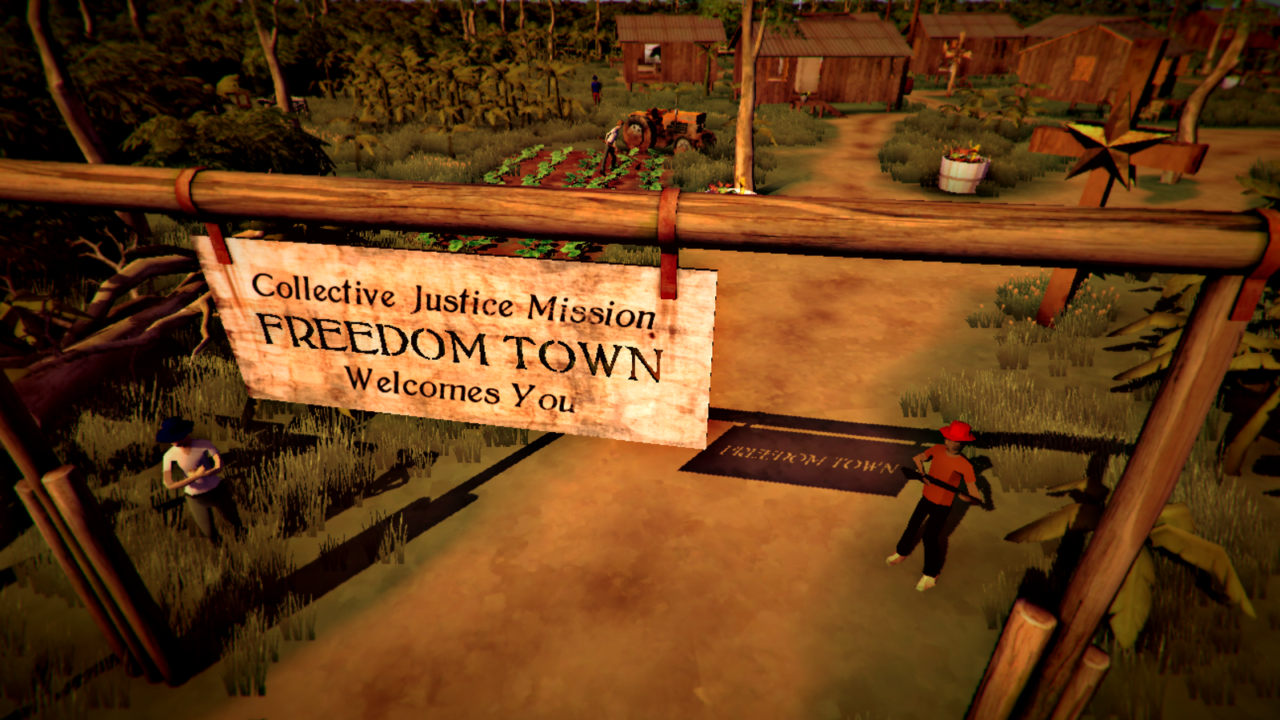 For anyone fascinated with true crime and the psychology behind cults, Freedom Town might look just like Jonestown, the infamous cult led by Jim Jones. Jonestown was also in South America and led to the tragic death of hundreds of members before it finally ended.

In this game, Freedom Town is led by Isaac and Rebecca Walker, both fictitious names, whose religion preaches a gospel with Christian influence and the idea of a socialist utopia. Within the game’s universe, the Walkers have coined their efforts as the “Collective Justice Mission”. Your character, Vic, is infiltrating the cult’s camp to save his nephew Alex at the behest of Vic’s frantic sister.

When you begin, you choose between four modes—ranked from easiest to hardest—interloper, infiltrator, spy, and mole. I chose the interloper because I’m scared to try hard mode on the first run of a game. I’m also a creature of habit, and after attempting the other modes, I realized why they were harder, and I couldn’t hack them—a point that I’ll get to soon. 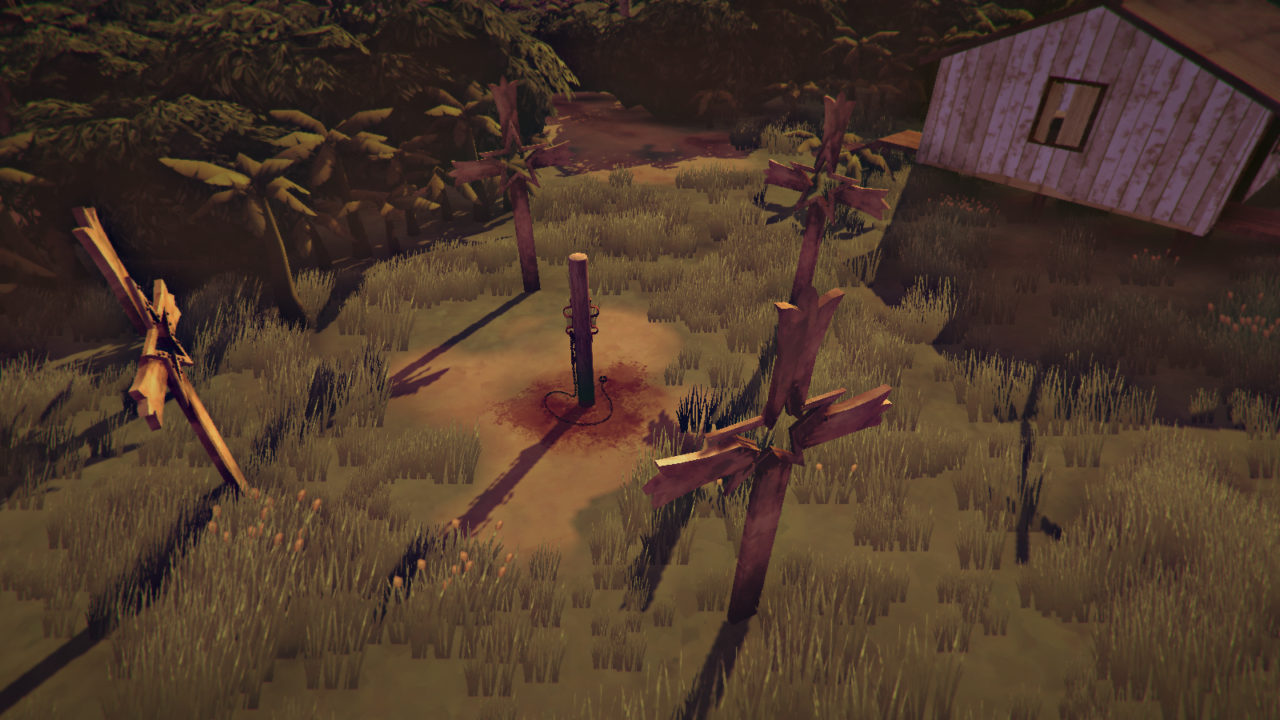 “The Church in the Darkness” has a top-down combat style with mechanics that feel like a branch of stealth games like Splinter Cell or Hitman. You can adjust this angle slightly, but the perspective won’t put you in a comfortable first-person or third-person view. You’re given a pistol for defense, but you can also creep up on the camp’s guards and take them out with stealth—either incapacitating them or killing them. The game also allows you to search cabinets and bodies for usable weapons, ammo, and food. Oh, and you can hide bodies in those cabinets and chests, which I did quite a bit wherever I could. I’ve played enough stealth games to know how this goes: if they find the body, they’ll sound the alarms.

When you’re taken down and captured, you’re given a few chances to break free and complete your mission, but you have to contend with more guards, more alarms, and more indoctrination via loudspeakers. It’s incessant in the way that cult manipulation wears on the psyche. While Vic remained a poised front to the constant interruptions, as a player I felt the invasive pressure of the Walkers’ message. Eventually, if the game declares a “game over,” after multiple failed attempts, you’re given the opportunity to pick up with the same play-style as before or try something else before restarting.

After a few rounds, I’m glad I took the easy way out with interloper each time. The top-down combat felt a little sloppy on the Nintendo Switch. While your reticle did lock on fairly okay to your target without your provocation, any attempts to move your aim or adjust felt as if the sensitivity on the Joy-Con was turned up too high—the swivel of your camera and aim were too hard to maintain. This wasn’t helped any by the odd perspective, where I felt less like someone who could view through a scope or at an advantageous angle to lock-on to a target. 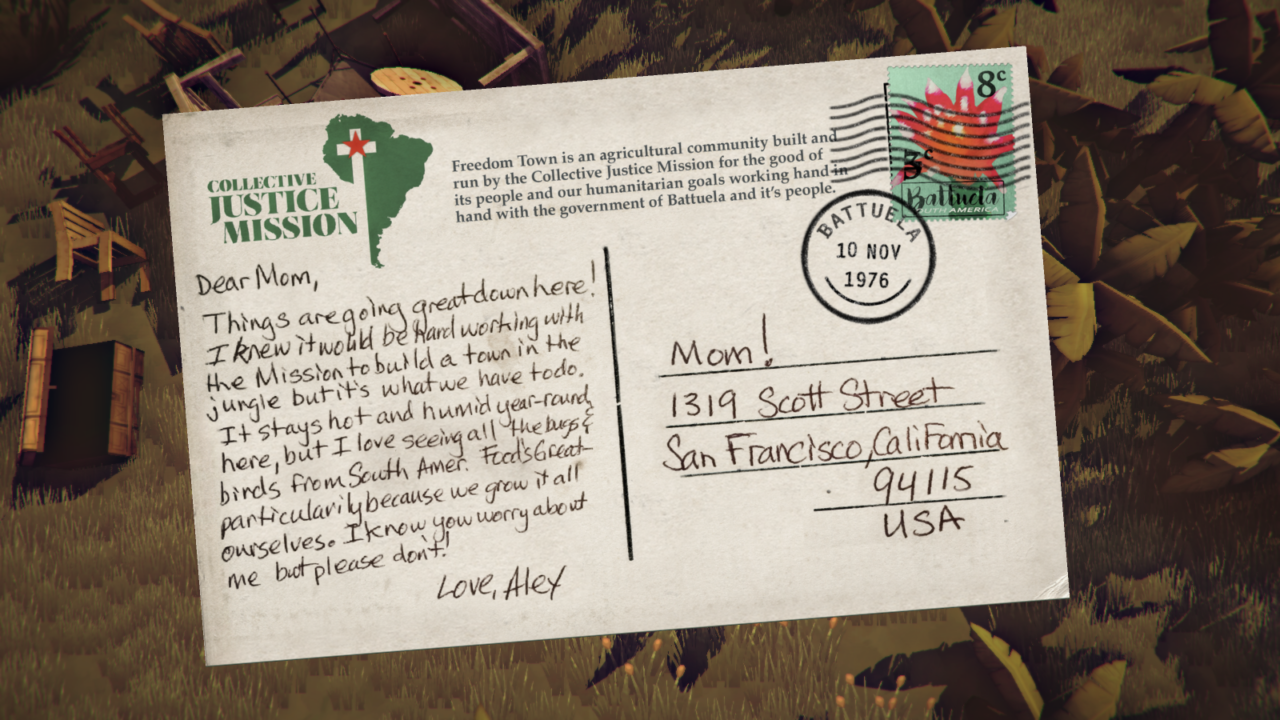 However, the game’s perspective does add a major advantage with the top-down view where it implemented FOV (field of vision) radars that can be turned on with the B button. With this enabled, I could see how far an enemy’s FOV carried, including their peripheral vision. This made my hiding tactics and escape routes easier.

The voice actors for Isaac (John Patrick Lowrie) and Rebecca (Ellen McLain) were emotive and convincing, delivering line after line of their Collective Justice Mission. Depending on how well Vic’s mission goes, or what you trigger along the way, you may receive different responses from the pair. These responses resembled the loose tethering of their worldview to the reality of the world they’ve created. Once you threaten their world, you might receive a united Walker front hellbent on destruction, or a more logistical approach to removing you from the equation. Your actions have an opposite, but not always equal, reaction from the Walkers.

“The Church in the Darkness” is convincing as a story of a 1970s cult. Every detail feels real: isolation from the government that drove them out; speaker systems that loudly recite cult manifestos and sermons; unrelenting members who protect the mission and purpose of their leaders; a couple driven by their own insanity and paranoia. 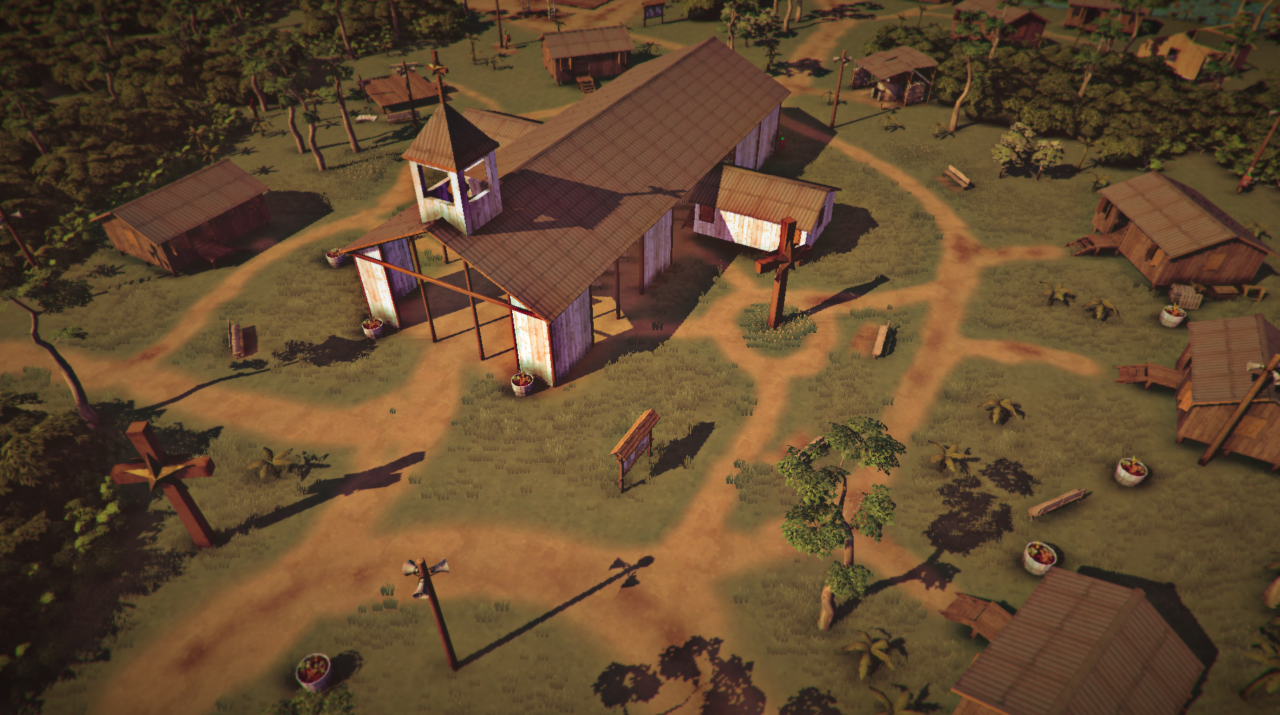 Where other games look at an animated depiction of true crime as a horror story, “The Church in the Darkness” takes the unsettling approach of realism. The music is low and goes almost unnoticed, with ambient noises of the jungle and your footsteps filling the void. I gravitated to the experience of navigating the cult’s settlement, wondering how Isaac and Rebecca Walker came to be these two devastating leaders. Their histories are pieces of the story that are missing in the beginning, and the tension of not knowing who this cult belongs to adds to the potential threat of it.

Without revealing too much, this was a great game for anyone who is also fascinated by the rigorous and redundant life inside an isolationist cult. While it won’t realistically compare to the horrors within a settlement like Jonestown, “The Church in the Darkness” empowers you to weaken Freedom Town at all costs.

“The Church in the Darkness” takes the unsettling approach of realism. It’s convincing as a story of a 1970s cult, and Freedom Town is a chilling look inside an isolated cult in the middle of the jungles of South America.

Nintendo Switch The Church in the Darkness