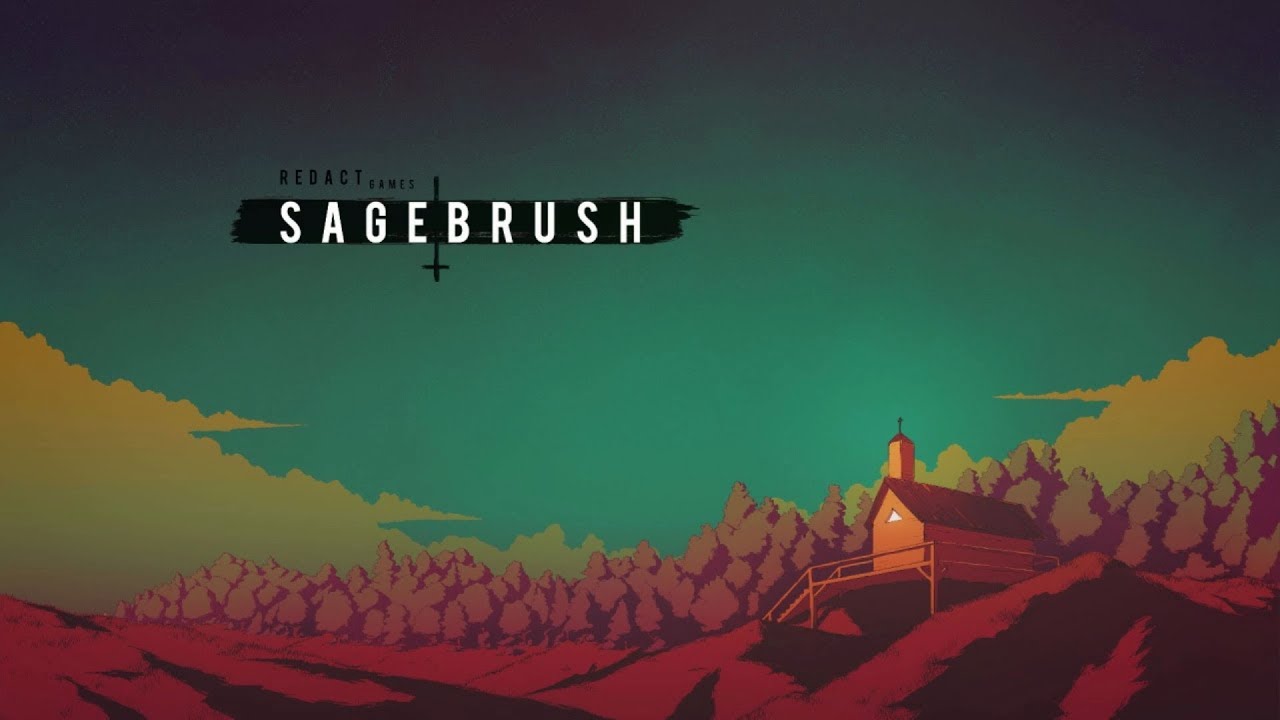 In many ways, Sagebrush reminded me of Firewatch. While the contents within Sagebrush are much darker than Firewatch, the exploration and mystery felt the same. This is likely why I loved it so much.

Sagebrush is a first-person game that takes you through the remains of Black Sage Ranch, the home of fictional cult, Perfect Heaven. From the opening of the game, we’re told the cult met its demise in the 90s by mass suicide. Your job is to investigate the deserted grounds and uncover exactly what went on in Perfect Heaven all those years ago.

I know I’m building quite the portfolio at PN with cult-related titles, but just hear me out. I loved Sagebrush, and I think you will too. 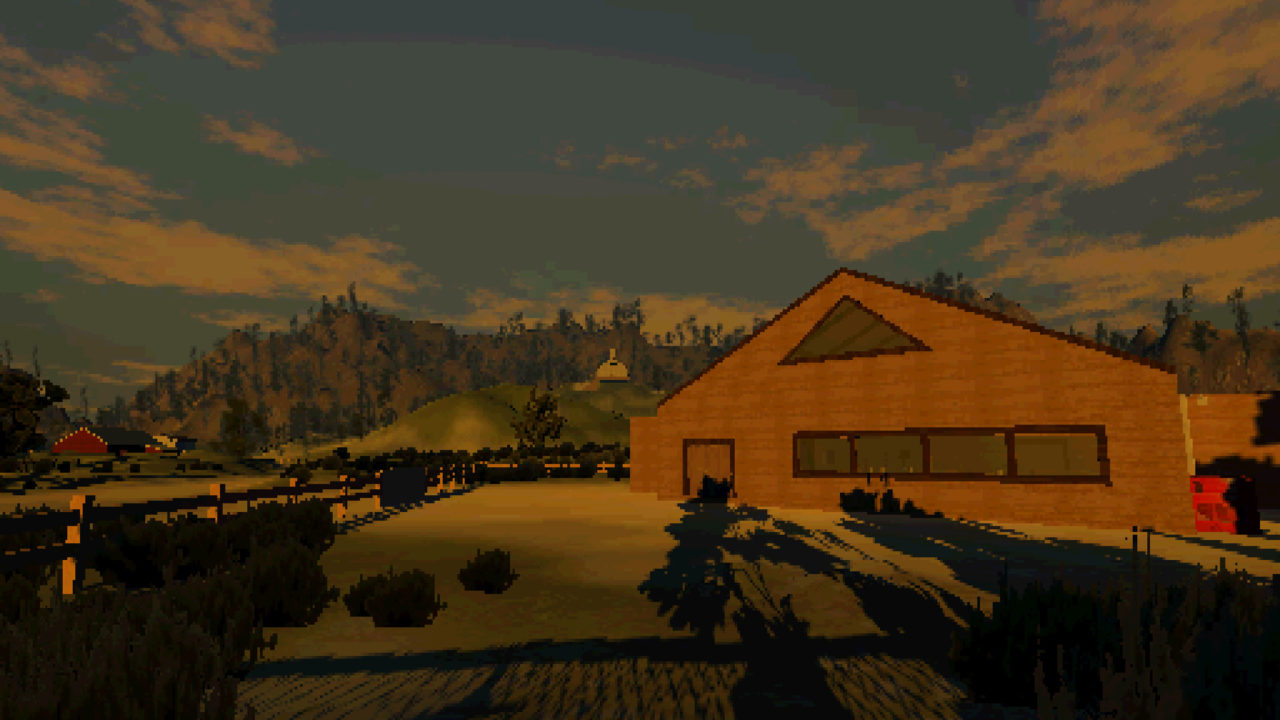 Along Black Sage Ranch, there are numerous tape recorders that play a clip of a woman telling her story of what happened during her time at Perfect Heaven. Given how it ended, it’s safe to assume she is the last – or one of the last – surviving members. She describes her life just before Perfect Heaven as a miserable one with no direction. It wasn’t until she met a member of the cult who seemed so happy that she had to know what the source of that woman’s happiness really was. Her vulnerability led her to Perfect Heaven, and her fear of what was inside and outside of its walls made it difficult to leave.

The world of Sagebrush is painted in what almost looks 16 or 32-bit pixel artwork. Everything is much clearer than an 8-bit retro skin, but its animation style makes for an unexpected direction in a pixelated game whose stylistic genre is often oversaturated by 8-bit blocky characters and settings.

Sagebrush’s details feel grittier and more unsettling in this style; it removes you from the first-hand experience of the hyperrealism and brutality of Perfect Heaven. Given how disconnected we are from the experiences of the cult when we’re first dropped into the ranch, this art style felt intentionally designed. It paints a damning portrait of the ruinous remains of the ranch. 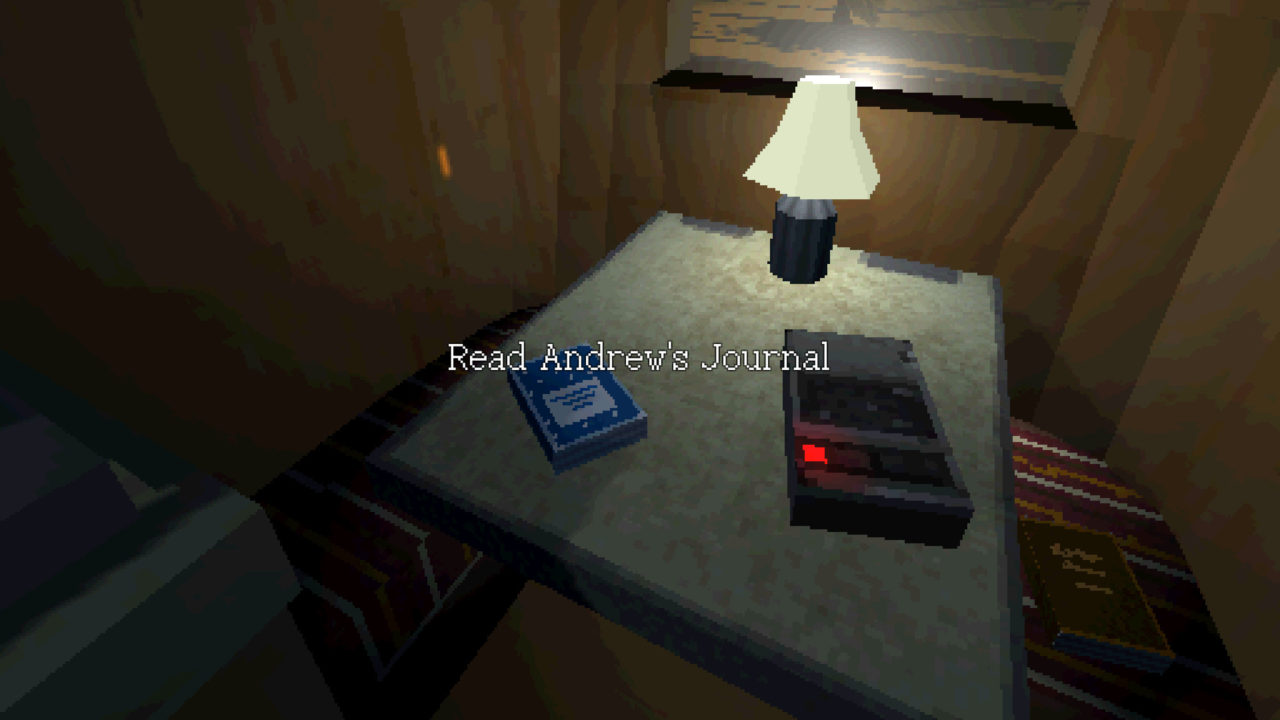 Sagebrush is a short game, but I was completely satisfied by how much I saw, what I learned, and where the story took me. The game mechanics involve simple point-and-click actions, and the only frustration that came with that is when the hitbox, if you will, of an item was too small for the cursor to easily highlight upon the first try. You can adjust your look/camera sensitivity which does make some of your movements easier to maintain, and I certainly turned mine down after the first few seconds of gameplay.

Throughout your exploration of the Black Sage Ranch, you find tape recorders with a retelling of what it was like to live within the walls of Perfect Heaven. As the woman on the tapes recounts her story, the colorful world turns black and white with a spotlight appearing wherever the tape recorder sits. It was then that I realized this was a recount happening during a detective’s questioning. Was I supposed to be that detective? Was I just a journalist remembering what the woman told me before heading off to the ranch? The way in which Sagebrush reveals this to the player, and ultimately the climax of the game, was stunning and expertly done.

You’re left wondering why this woman ever joined this type of cult, or how anyone could possibly fall for the leader’s trap. But that’s what ultimately makes cults a potential threat to anyone, not just those we deem as vulnerable and weak. Groupthink within cults is what drains a person of their individuality and self-expression. But groupthink exists outside of cults, as well. 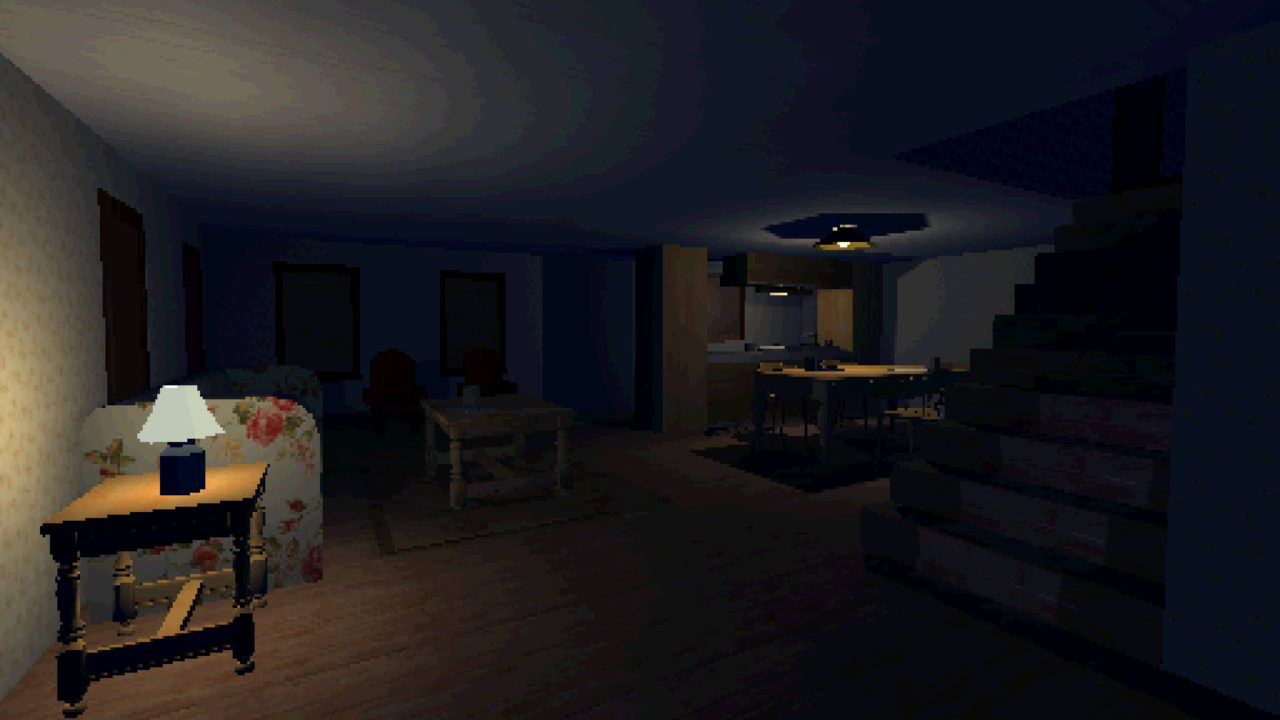 This psychological phenomenon can affect one’s inability to stand out from their peers for fear of ridicule or ostracization. Cults are dangerous because they can sneak up on anyone. A skilled cult leader can chip away at the individual until they’re left with little self-preservation to withstand indoctrination. From what we know of James, the leader of Perfect Heaven, he had no problem feeding into any insecurities his members had.

While games such as The Church in the Darkness and The Shrouded Isle offer differing perspectives of the occult and cults, Sagebrush pulls you into the life of one. The survivor’s perspective is rarely captured in-game, and the writers’ portrayal of Perfect Heaven felt organic in that way that turned my stomach.

Because of how short the game is, it’s much better if you just experience the story for yourself. Its narrative is haunting, and I hope you’ll enjoy it as much as I did.

Sagebrush pulls you into the life of a cult by forcing you to follow the story of someone who survived one. Perfect Heaven – and its impact on its members – feels organic and like cults that have lived in times before it. Its pixelated animation style gives you the feeling that you’re exploring the ruins of someone’s memory and the tragedy that followed.