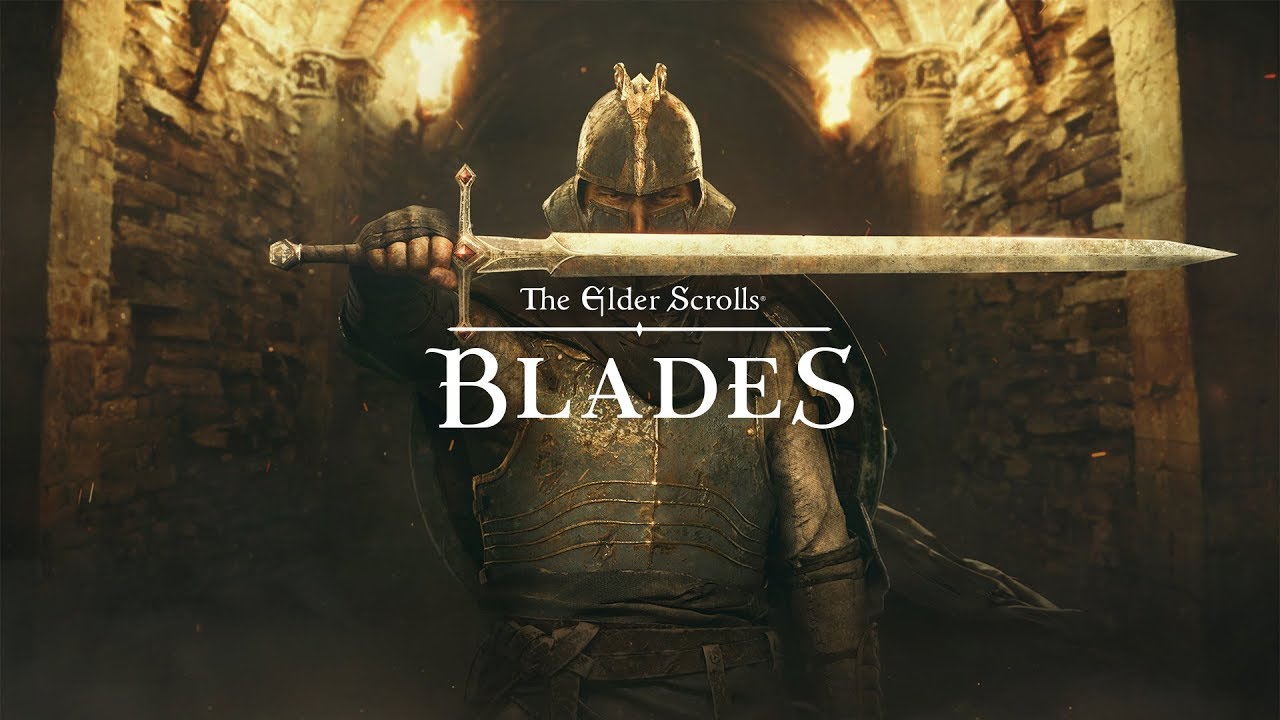 The Elder Scrolls is a franchise that I have grown to adore over the years, with Oblivion and Skyrim being two of my favorite games of all time. Yet while playing The Elder Scrolls: Blades I found my love for this series started to dwindle as I encountered bugs, crashes, timers, and ads for microtransactions. This is not to say it’s all bad because I did find myself enjoying some gameplay elements and the smaller-scale story introducing this massive world.

The Elder Scrolls: Blades focuses on your custom hero who is forced to flee to his hometown since he was formerly aligned with the Blades, an organization that has been outlawed due to a great war. Upon returning to the hero’s birthplace, you find that the town has been destroyed by mercenaries hired by the Bloodfall Queen. Thus the town looks to this hero to help rebuild the town and find out more about the Bloodfall Queen and her associates. I did find myself intrigued by this plotline because, unlike other Elder Scrolls games, you’re just an individual trying to protect his town.

Gameplay can be broken down into two main categories: dungeon crawling and town building. Dungeon crawling is where you will spend most of your time, which can be broken down into jobs and quests. While these are essentially performing the same tasks, the quests will progress the plot while jobs will provide you with chests, gems, and other resources. These quests consist of doing the same handful of tasks, such as collecting an item or saving a villager. These quests start to become tedious after a while and start to feel like a chore just to get through the story.

The other half of this loop consists of building your town. This is where doing jobs is important because you will use those resources to build houses, smithies, and other storefronts. Along with building a town, you will use these resources to upgrade and craft new weaponry and armor. While not bad at first glance, this game adds timers to finish any crafting you would make in town. These can range anywhere from a couple of minutes to hours, which can halt the pace of the game if you need a piece of armor or a building finished in order to progress the plot. I found this to be frustrating and this reveals my biggest issue with Blades: microtransactions. 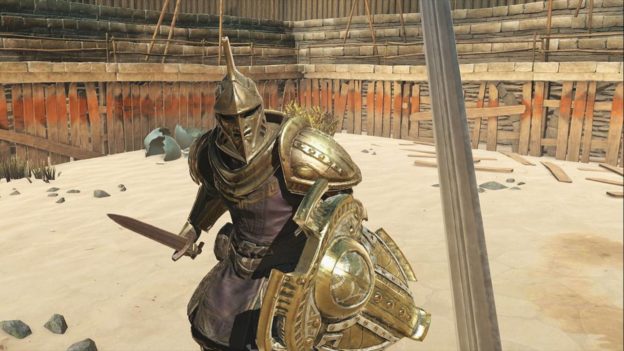 While this game can be played without purchasing microtransactions – which take the form of purchasing gems to get loot boxes or speed up various timers – it is hard to do so. A lot of better gear and crafting materials are obtained through Elder and Legendary chests, which means you will spend a lot of time completing jobs hoping to get a rare weapon or the supplies you need to craft a building. Along with this, the game is actively trying to get you to purchase gems and loot boxes with advertisements that will appear seemingly at random offering one-time discounts or other bundles. I found this agitating and it made me want to put down the game quite a bit.

Besides the storefront, I came across a plethora of other problems. I found myself becoming aggravated in combat because of framerate drops that caused problems in timing my attacks. The game also completely crashed on me twice. Thankfully, the game did do a good job of saving and brought me back to the place where the game crashed. 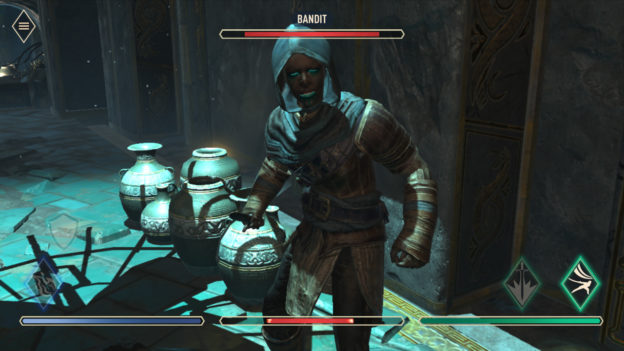 While there are a lot of bad elements, I did find myself enjoying the combat and leveling-up system. Combat is usually a one-on-one affair that requires you to have precise timing in order to get the maximum amount of damage on an opponent by swinging left and right to combo bonuses. The blocking system is also a great asset because, if timed right, you can stun an enemy and get a few swings on them. This can also happen to you if not paying attention. Leveling up is satisfying as well since this is the part that felt most like Elder Scrolls, with the choice of upgrading or Stamina and earning skill points to level up different skills, perks, and spells.

While there are some fun concepts at play with the combat and the focus on the smaller-scale story, Elder Scrolls: Blades is mediocre at best when you consider the bugs, timers, and predatory microtransactions. I can’t recommend this game for a wide variety of reasons and this saddens me because of my own personal history with this franchise and how much I’ve enjoyed past entries. This game is disappointing and if you’re looking for an Elder Scrolls game for the Switch, stick to Skyrim.

The Elder Scrolls: Blades is a game with good ideas but bad implementation. While this story is scaled-down and has a unique twist to combat, this entry is riddled with bugs, monetization, and timers that can make this game a drag.