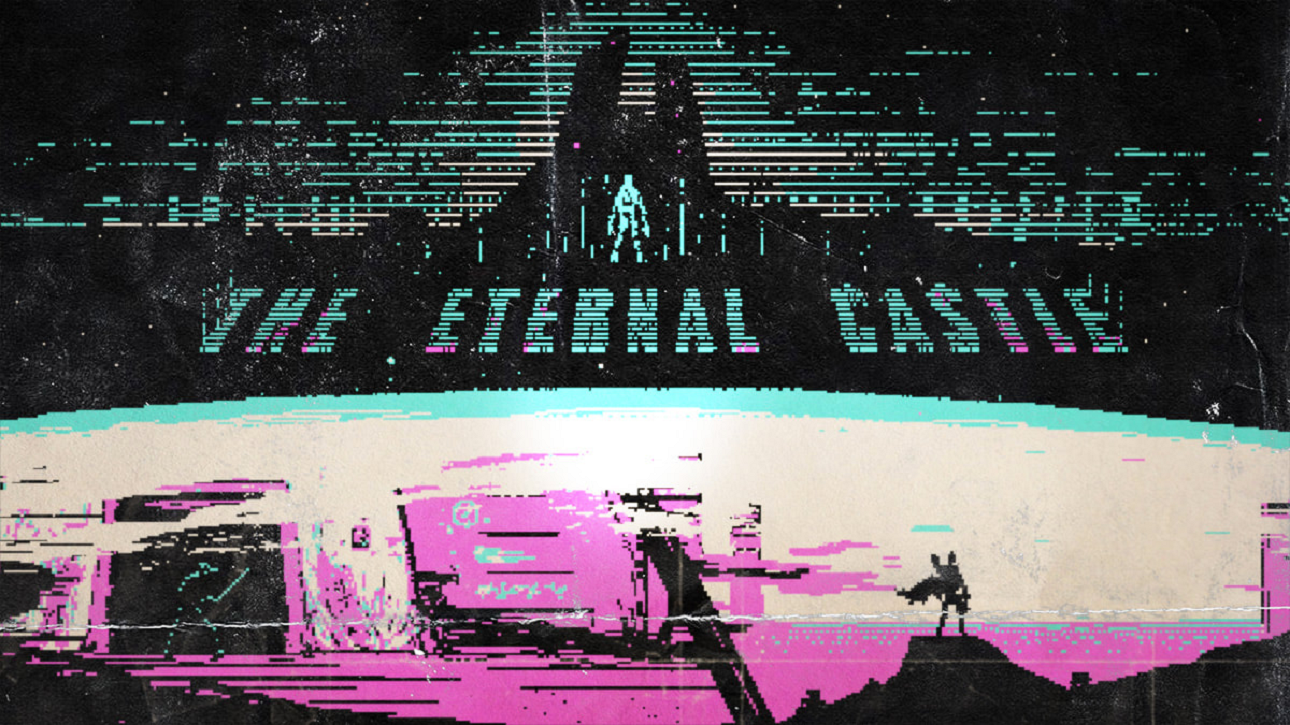 The Eternal Castle [REMASTERED] is a curious title. Despite claims, it’s not a remake of an original game from 1987. That’s only an odd bit of marketing. Instead, it aims to offer nostalgia. How successful it will be may be determined by how well you can tolerate 2-bit CGA graphics.

I’ll admit early on that, after playing this game, I can’t agree with this style decision. I don’t doubt that it was a fun challenge for the developers, seeing what they could do with these limitations. But such limits haven’t resulted in a better game as far as I’m concerned. In truth, The Eternal Castle [REMASTERED] is made worse by its graphics. Allow me to explain what I mean by this.

Looking at still screenshots, or even viewing the trailer, is one thing. But when playing this, and seeing it in motion, this game is a visual eyesore. The limited colors (cyan, magenta, black and white), don’t just give me a headache after a while, they also hinder the gameplay. The low visibility makes it burdensome to see some important stuff on the screen. Especially in areas that are already dark, e.g. the sewers.

In fairness, for what it seeks to do, The Eternal Castle [REMASTERED] has superb animation. It’s partly what drew my attention to the game. Even though the character you control is overly pixelated, he or she moves attractively à la Prince of Persia. Such is a staple of cinematic platforming, a favorite subgenre of mine. So think of this game like an uglier Another World (OOTW), with a heavy emphasis on combat and stamina. If only the approach to “modernized game mechanics” extended further, beyond animation and lighting. You can still capture the spirit of the era without clinging to dated design.

The story is presented in a wall of near unreadable cap-locked text with no punctuation at the start. In short, it’s a rescue mission on Earth. The planet is dangerous (pollution, radioactivity, terrorists, etc.), enough so that you are on a “suicide mission”. The game is atmospheric despite itself, and I was inclined to keep going. Not for the story, but to see each post-apocalyptic sci-fi locale. Also to see if the combat would lessen to be better balanced with puzzles; it doesn’t. Reasonable checkpoints (another genre staple) make it convenient to not give up. The game even offers a measure of non-linearity.

While the color choice was a big misstep for me, the audio in The Eternal Castle [REMASTERED] is successful. Music chimes in at key points, with environmental sound effects augmenting it. Howling wind, thunder, torrents of rain, and more deliver better than any game from 1987 could. So I have little, if anything, to complain about in regards to sound design. It’s good stuff. Just be warned that some of the more powerful sounds result in an intense rumble, so grip those Joy-Cons tightly.

The Eternal Castle [REMASTERED] reminds me to some degree of a game I reviewed last year called Bitlogic – A Cyberpunk Arcade Adventure. But that title offered an enhanced version of an existing release created in an old style. There is no prior Eternal Castle. I can only imagine if it offered a similar two styles, how much stronger a game it would be for the option.

Confusing marketing and a visual choice that impedes while in motion will probably alienate potential customers. The Eternal Castle [REMASTERED] is targeting a narrow audience, with a 2-bit CGA graphics gimmick. Some will enjoy it a great deal. Others, like myself, will develop eye strain, and end up reaching for FLASHBACK instead.

The developers have got my attention, however. I’d love to see a sequel that fully embraces expanding the experience. Improved combat (reducing it, and tightening the controls) would also be advantageous.

Confusing marketing and a visual choice that impedes while in motion will probably alienate potential customers. The Eternal Castle [REMASTERED] is targeting a narrow audience, with a 2-bit CGA graphics gimmick. Some will enjoy it a great deal. Others, like myself, will develop eye strain, and end up reaching for FLASHBACK instead.