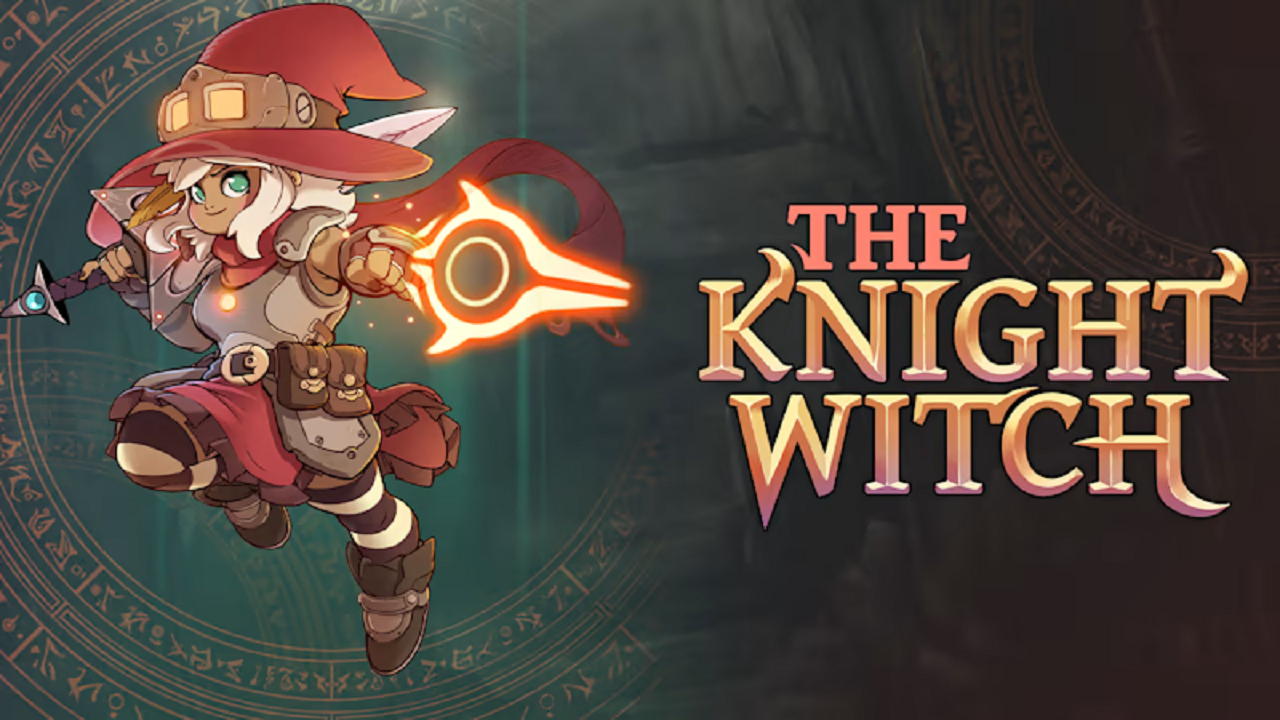 The Knight Witch is a fast-paced and extremely fun Metroidvania/shoot ’em up. You play the role of knight-witch-in-training, Rayne. The action takes place in an underground city known as Dungeonidas. The story creates a unique world using terrific graphics to reflect a land of warring witches and monsters. You are helping fight back against Golems who are trying to take over. Rayne must step up to avenge her family and her city.

The gameplay is fun and works really well on the handheld as well as docked. While you usually fly in a constricted area of 2D levels, the controls are very sensitive, and you can dodge attacks quickly. The boss fights against huge enemies can be daunting, but because the controls are so sharp, you can pull off some nifty maneuvers and tricky shots.

Rayne is always flying or floating around, which makes the game enjoyable. Additionally, you are constantly shooting magic bullets out of your wand and occasionally unleashing spells for more damage. You always have ammo from your wand for the traditional attacks, but your spells do need to recharge. Regardless, there is a very Metroid feel to this game that I thoroughly enjoyed. As I got more comfortable controlling Rayne, I was able to pull off some fun shots and nice dodges. Because the space is limited, you must be really quick, but it is rewarding once you get the hang of the controls and flow of the game.

The graphics are terrific. Although it’s 2D, Knight Witch is full of creative details showcasing this brand-new world. The creators left no stone unturned in terms of detail, not just of the background but of the enemies as well. The hand-drawn style is unique and one you don’t see in many titles, especially not in shoot ’em ups. I really felt like I had a great feel for the world, and after I beat it, I was upset that there weren’t more levels.

While Knight Witch has terrific graphics, there were times it would occasionally glitch out on me and freeze. This was frustrating because the gameplay is so predicated on perfect timing while avoiding enemies or getting a shot off, and any hold-up throws this off. On top of that, the game would suddenly get very difficult for certain bosses. The first boss I encountered took me almost a dozen tries. Other bosses were just as difficult. While I appreciate that bosses should be harder, this dramatic shift in difficulty was different from what I expected, especially when my beginning-stage health bar was still very low. If I weren’t playing for this review, I very likely would’ve just given up trying after the tenth time of losing.

Difficulty and glitches aside, Knight Witch is a very fun game with a unique and creative world I hadn’t experienced before. I would love to play a sequel and have more levels of the land of Dungeonidas to explore. The developers at Team17 did a great job with this world, as I thoroughly enjoyed this game.

The Knight Witch is an engaging shoot ’em up/Metroidvania that features a fun and unique world.