Make a circuit with me.

While playing The Long Gate for this review, I couldn’t help recalling the great film critic, Roger Ebert. I remember him trashing a movie made for young girls and subsequently receiving criticism from outsiders because he’s not the target audience. Roger pointed out that he’s given favorable reviews to many movies aimed at that demographic, and that, as a professional film critic, he’s capable of fairly rating a movie no who’s meant to watch it.

I’m not comparing myself to Roger Ebert, of course. I’m simply acknowledging that although I’m not the target audience for The Long Gate, I can see how a specific type of gamer could really dig into it.

And what type of gamer is that? The type who plays puzzle games and wishes there was no human interaction. Who finds plots to be intrusive. Who’s insulted by hint systems. The Long Gate is all about the puzzle…well, the puzzle and the world around it. That world will prove divisive to these players, and its setup does bog things down. 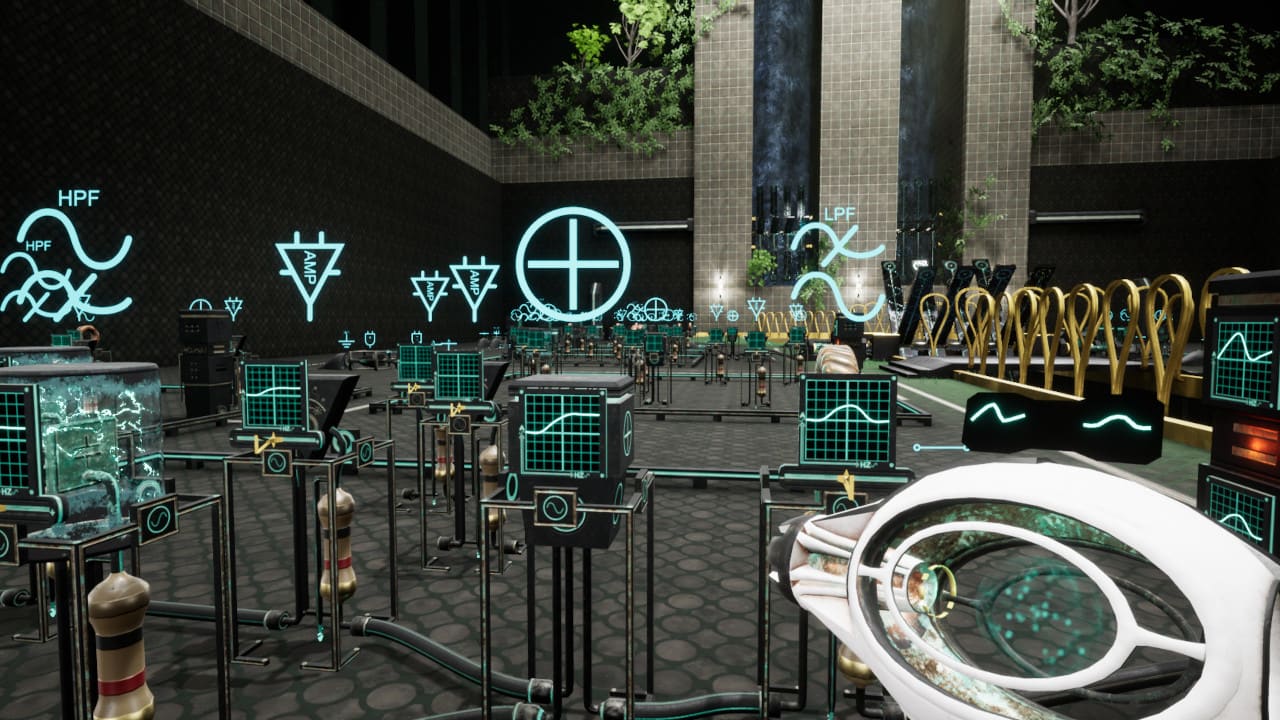 The world is composed of large areas filled with contraptions that you must reactivate to progress. There’s little more to the setup, allowing the player to fill in the blanks on where you are and why you’re there. Imagine Myst if you had no one shouting in your year about blue pages…and if the area you’re exploring was the abandoned Grid from Tron Legacy. The lonely (albeit oddly blurry) visuals are richly enhanced by wonderful ambient effects and a haunting score by Nicholas Newman. When I was first set loose in this game’s world, I was happy just to make my way through it. 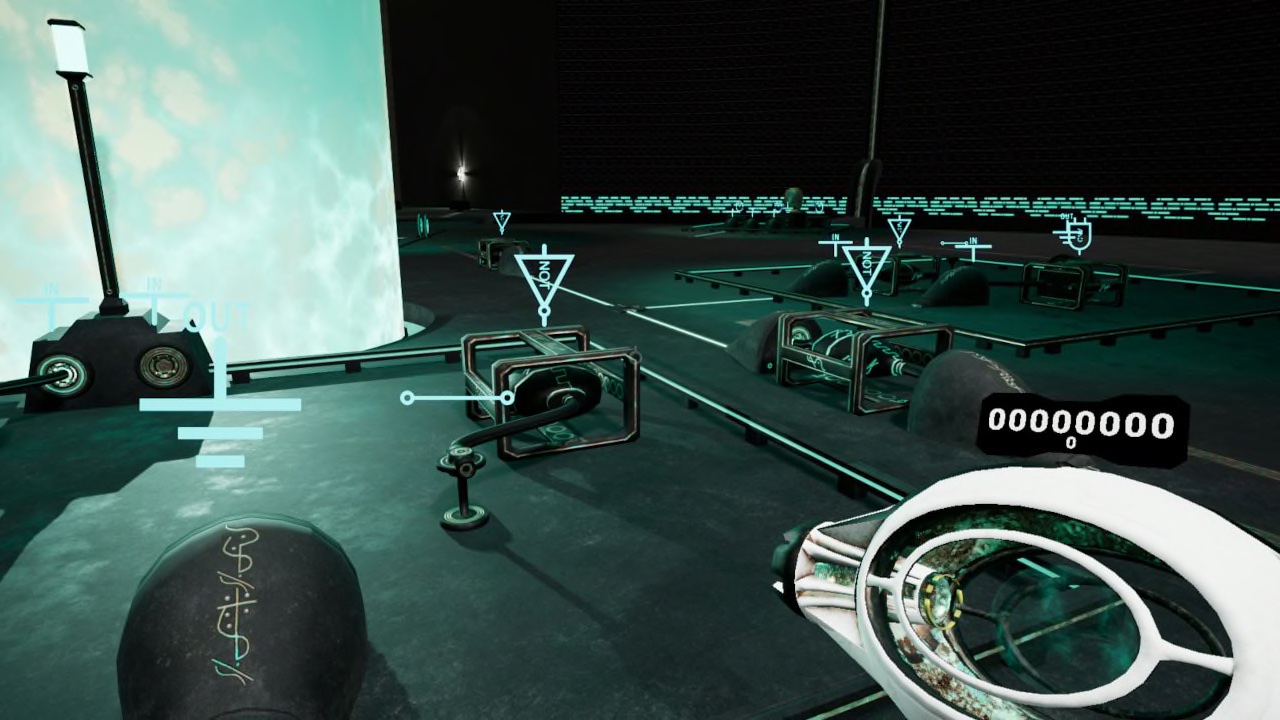 But a walking simulator this is not. The setting is not there for exploration, it’s there to serve the logic puzzles, and they are hard. These aren’t the type of puzzles you’ve encountered a dozen times in other adventure, hidden object, or casual puzzle games; they present very specific problems. If you’re not familiar with the terms “logic gate” or “logic circuit,” you’d better be willing to learn if you want to make any progress through The Long Gate.

I won’t bother to explain those concepts here, as my explanation would surely insult those who get it. But I’m comfortable saying that the flow of The Long Gate requires you to alter a circuit, find out what that affects, then alter another. Or reset the previous. Or not reset it and find the next. You have to find the logic of the circuit to make it do what it should.

OK. Without even knowing what I was doing, I’ve done that in previous games. Through trial and error, that’s not too frustrating if you can see how one change affects the overall system. That’s not the case in The Long Gate, however. This world is presented in a first-person point-of-view, so you need to move to another location to discover that logic. Then back. Then to another. Then back again. 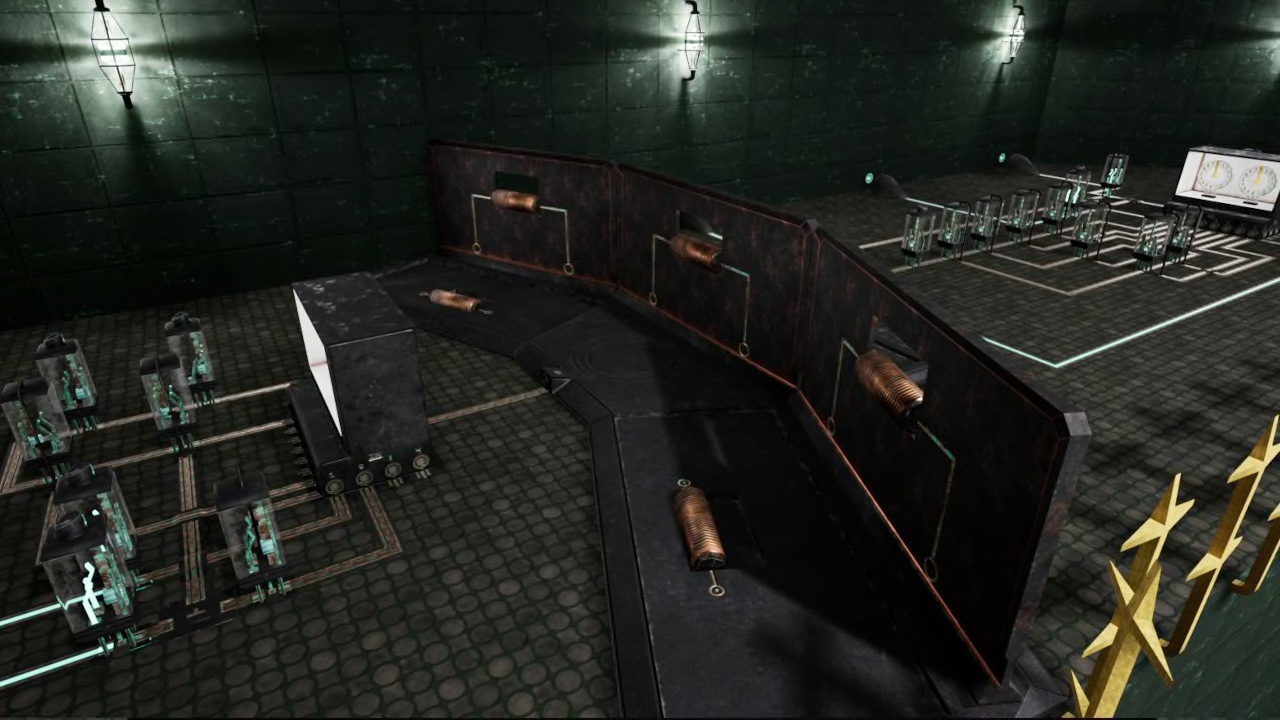 If you’re on top of the system and the math required to make all of this work, then fine. If you’re not, there’s little hope of relying on trial and error to push through. It would take forever, and remembering where each button was and how it affected the system is an exercise in frustration if you’re not taking notes. My “cheat sheet” for this game reminded me of my college roommate’s electrical engineering assignments; it wasn’t uncommon for one problem to take Bill a couple of hours to complete. I was an English major. Nothing took me two hours. I just read old books and then BSed my way to a degree.

If I had Bill helping me with this game, I could maybe push through it. As it stands, the frustration of getting lost in the puzzle while trying to figure out the puzzle proves to be an insurmountable hurdle. There are different skill levels, but even the “Extra Nudge” option provides little of that. It’s kind of the puzzle equivalent of a Souls-like game. When I see the words “punishing” or “brutal” in an action game’s description, I turn away. Many don’t. When I see the words “physics” or “circuits” in a puzzle game’s description, I should probably turn away from that, too. We all did here at Pure Nintendo, which is why this review is so late in coming.

But should you? Not necessarily, because The Long Gate’s immersive world is impressive to behold, and it certainly contributes to the overwhelming nature of its puzzles. 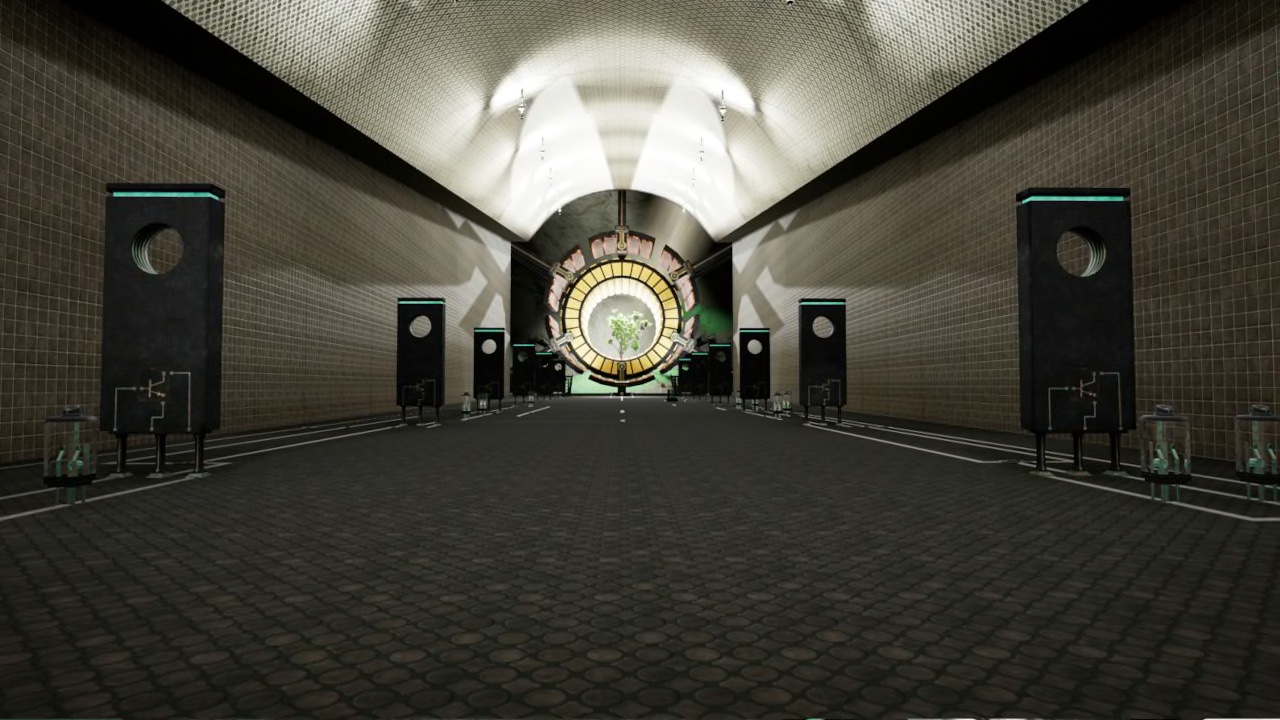 I imagine they would frustrate even the most adept logic puzzle gamers, but that just adds to the satisfaction when you complete one and can move to the next. The Long Gate really needs a demo to help you discover if you’re up for the challenge. If not, it won’t be engaging enough to justify the frustration and sense of futility.

That’s why I can’t fully recommend it here, but you can bet I’ll be recommending it to Bill.

The Long Gate bills itself as “…a challenging and elaborate puzzle game with puzzles based on real world physics and circuits.” If any of those words frighten you, stay away, as its elaborate level setup and first-person point of view complicate things even further. But if you’re within its target audience, it could be one of the most rewarding logic puzzle games you’ve played in quite some time.