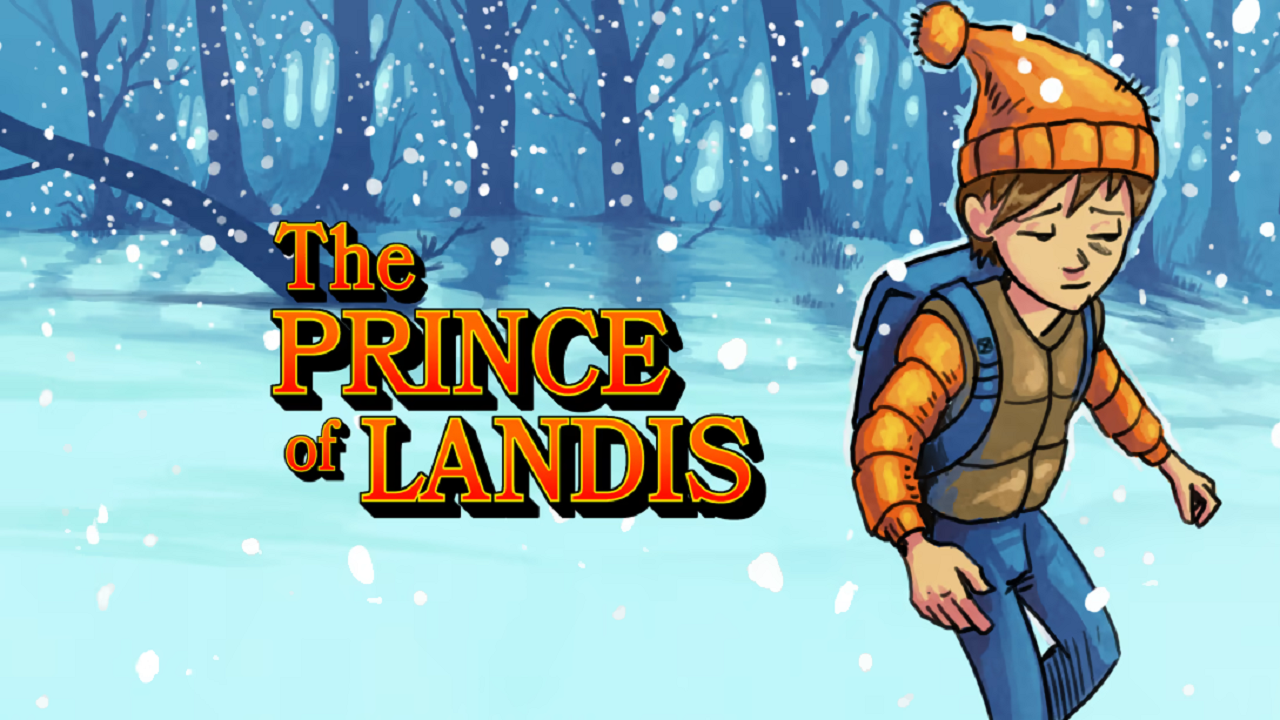 The Prince of Landis is a quick game that seems familiar. It takes place in Landis, Oregon in the ‘80s, where it had shades of the Stranger Things world. You play as Evan, a smaller teenager who is constantly bullied and lives with a disappointed and alcoholic father. He has some friends in school, but he is pretty much an outcast who is made fun of by his peers.

The first scene is him getting beat up by a bully for no reason other than him being small. He comes home with a bloody nose, and his father–in his drunken stupor–is ashamed that his son is essentially a wimp. Evan quickly goes to bed after but is awakened from a noise outside his house. He discovers that a spaceship has landed behind the house, and there is a huge alien on the outside looking at his broken spacecraft.

The alien–who calls itself ‘The Guest’–offers to help Evan if he can retrieve parts for his spaceship. The game turns into an adventure saga where you collect various pieces across the small town of Landis to help The Guest fix his saucer.

The game doesn’t offer a ton in gameplay itself. It’s mostly just a collect-a-thon, but it does offer some fun interactions. Almost every detail in the game leads to some observation or interaction with Evan. Every character responds in some way, usually with a helpful tip. Even a majority of the objects left across the town offer some sort of response from Evan, from a dead squirrel in the road to his dad’s empty beer bottles.

The game has a relatively short playthrough that doesn’t take up too much time, but I did enjoy it more than I thought I would initially. I will say the graphics do leave a lot to be desired, and it reminds me of computer games I would play in the late ‘90s. The cut scene details are a lot better, however, and I wish they emphasized that instead of the birdseye view the game chose.

Also, it is important to note that The Prince of Landis does give you the option to have a more tame vocabulary or go the way it was initially written when you start. I chose the latter and was instantly greeted with some pretty offensive language. To the game’s credit, they do say it was in line with the way ‘80s bullies would talk, but be prepared for some harsh language if you don’t choose the more PG style of vocabulary.

All things considered, this was a very short game but one I didn’t find boring. The characters feel real, and with all the shows and movies that have taken place in the ’80s, it was easy to find this world relatable. This is a game you can play in one day and not get bored while also not necessarily wanting to play it again.

The Prince of Landis is a short game with a fun world that doesn’t misuse any characters or space. Not much in terms of gameplay, but the storyline is entertaining.