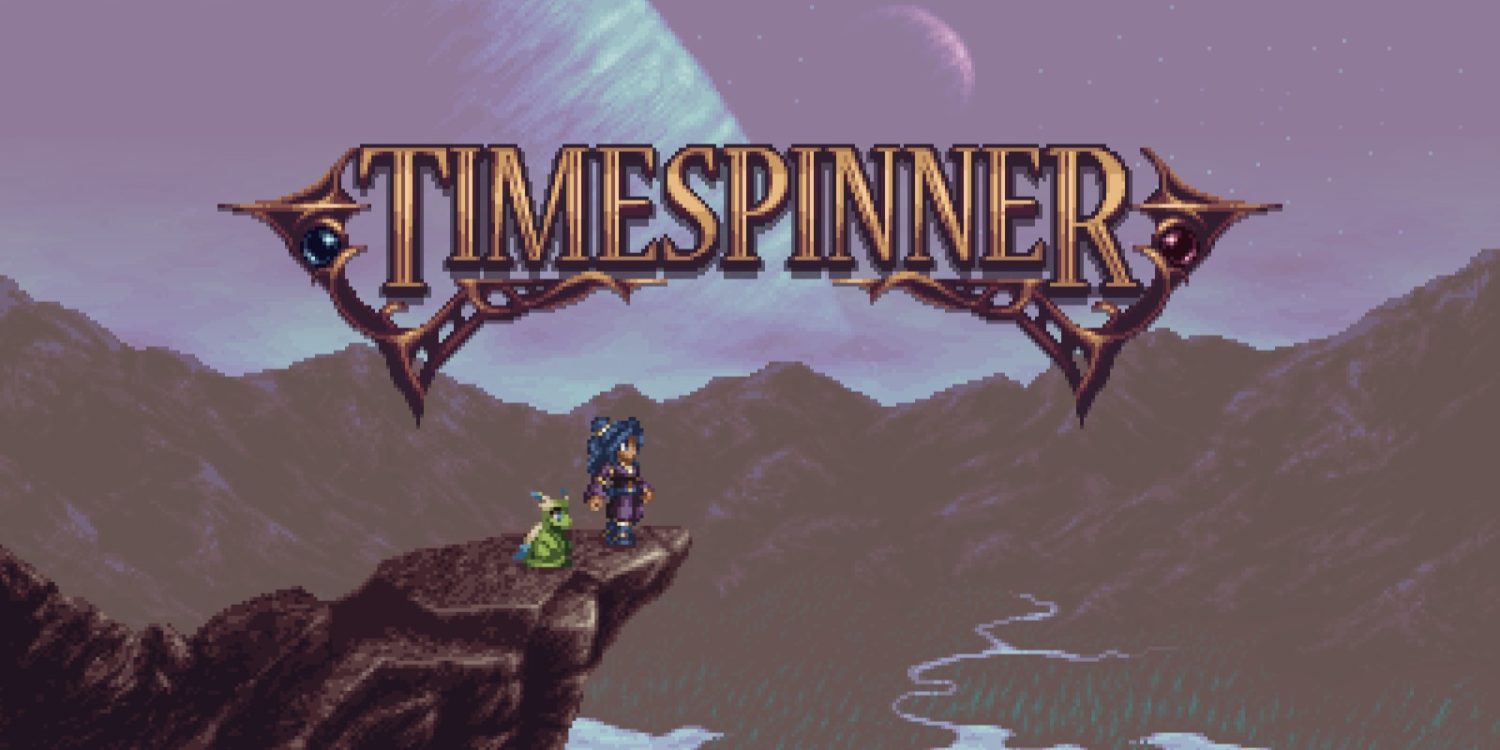 Timespinner from Lunar Ray Games is an action-adventure title that serves as an ode to classic ‘90s games. In particular, it feels like a cross between Chrono Trigger and Castlevania. Sometimes love letters can suffer at the hands of nostalgia, failing to live up to the original inspiration. Thankfully, Timespinner reminds us of the past while creating something special.

The dark story involves a time-travelling heroine named Lunais. On the eve of her graduation from some sort of time-travel school, Lunais witnesses a grisly muder. Her night quickly turns from bad to worse when she’s sent to an unknown world with no way to return. This sets the scene for our heroine’s adventure of revenge and retribution as she seeks to take down the evil Empire behind the destruction of her people. 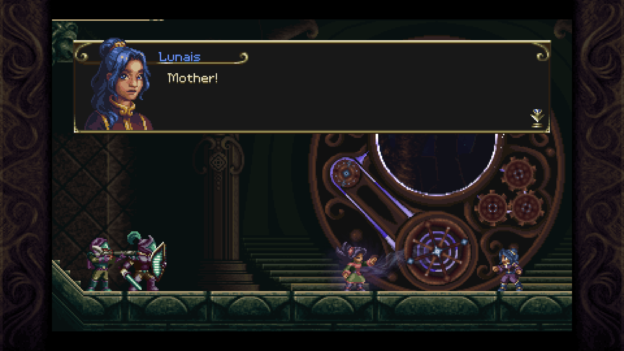 Timespinner plays like a metroidvania, combining platforming and RPG elements. The side-scrolling screens are ripe for exploring, with a map shrouded in mystery that reveals itself as you enter a new area. There’s a lot to discover as you progress through a vast and beautiful world that encompasses castles, caves, libraries, sewers, forests, and much more. The game becomes even more exciting when you discover how to leap between the past and the present; you can flick between the two time zones at special portals dotted around the map.

Lunais also has access to an actual Timespinner, a device that allows her to freeze time. This is measured by a meter represented as sand in an hourglass. While using the device, the screen freezes, shifting into an effective grayscale aesthetic that’s reminiscent of when Froddo wore a certain ring—you’re almost removed from time itself. This handy device allows you to slip past difficult enemies or use them to solve puzzles. It’s a clever mechanic that is intuitive to use while adding variety and fun. 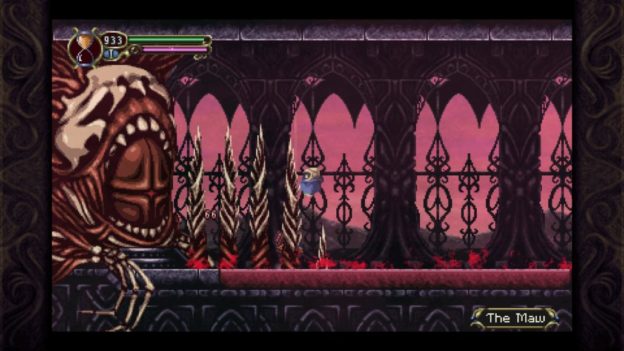 Visually, this is an absolutely gorgeous game. The stunningly designed backgrounds use a pixel art style to create a stark difference between the two time periods. The past is set in a wild, overgrown world that’s less established, with castles, caves, and lakes that feature mainly plant and animal enemies. The present is a more industrial, high-tech world, with cities that host robotic enemies and guards. These landscapes are complimented with an equally beautiful soundtrack. Sweeping scores add to the atmosphere in a dramatic and powerful way, reminding this player of Chrono Trigger and other ‘90s gems. 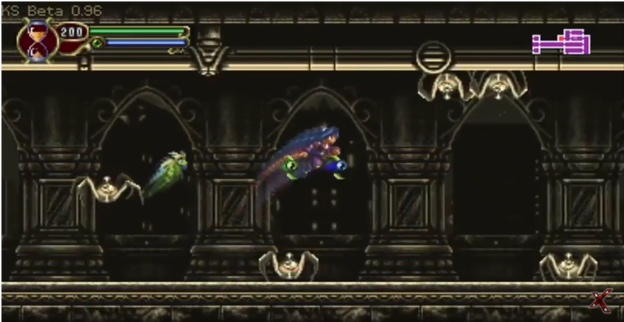 A good-looking (and sounding) game is nothing without something compelling to keep you playing. Thankfully, Timespinner has you covered; there are puzzles to solve, castles to explore, friends to make, weapons to find, quests to complete, and items to upgrade. You’re accompanied by a small creature—your familiar—on your journey. There are even several of these to collect, each with its own helpful attack and experience points system for levelling up. A second player can also jump in to control this sidekick, providing a simple co-op mechanic. 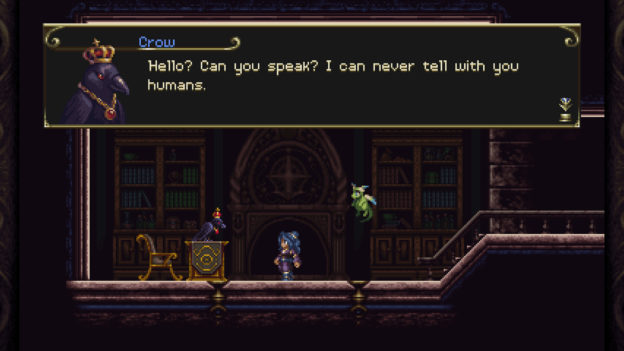 Your main weapon is a set of spinning orbs. These handy devices come in many varieties—including flame, blade, iron, ice and blood—and you can use two at once. Cleverly, the game allows you to equip up to three sets, so you can seamlessly move between pairs with the tap of a button. Combining orbs grants other abilities, like a flame that burns through grass or a type of shield that damages enemies as you get closer. Orbs cater for melee and long-range attacks with some very cool effects—my favorite is a giant sledgehammer that wipes out almost anything in your path. 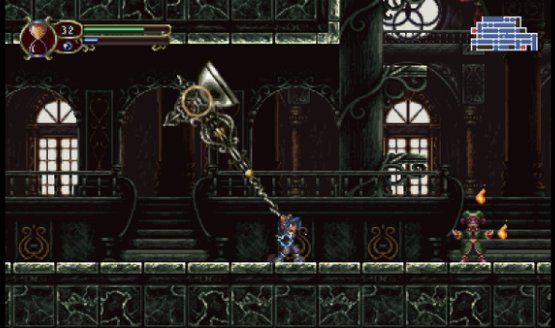 Gushing aside, Timespinner really is something pretty special. This game is chock full of everything you could want from a platformer with strong RPG elements. My only real criticism is that it’s not particularly difficult, though there are challenging boss fights and puzzles to solve. The game should take around ten hours to complete, with optional side quests and other treasures for completionists to find.

Overall, Timespinner is an absolute joy to play. There’s so much to love, with a compelling and mysterious story involving exploration. The interesting time mechanics, coupled with an amazing soundtrack and pixel art style, make this is a welcome addition to any Nintendo Switch library.

Timespinner is an absolute joy to play. There’s so much to love, with a compelling and mysterious story involving exploration. The interesting time mechanics, coupled with an amazing soundtrack and pixel art style, make this game a welcome addition to any Nintendo Switch library.