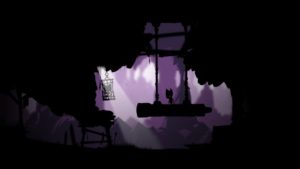 How many will you be able to rescue?

Puzzle-platformer fans take notice; Toby: The Secret Mine is now out on the Wii U eShop. Said to draw inspiration from games like Badland, this release is definitely fun while it lasts. Brevity, and the lack of a strong replay incentive hold it back some though, as do a handful of bugs.

In a small mountain village, residents are being kidnapped. You control Toby who sets out to rescue them. This story is condensed from the description found on the game’s Nintendo page.  Why it isn’t included in-game, or even the manual, is a mystery. 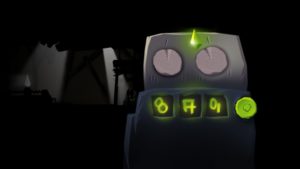 GamePad use aside, the puzzles are satisfying.

The puzzles you’ll encounter require a mix of observation and precise timing. There’s definite satisfaction upon completing a tough section, of which there’s a handful – the game keeps track of how many times you fail, for better or worse.  Some inconsistent collision detection rears its head during certain platforming parts, but not enough to overly discourage progress.

The GamePad would’ve worked well for several of the puzzles presented in the game. I mention this because, outside of Off-TV play, there’s no GamePad support. Not being able to use the stylus where it’s a natural fit is a letdown, as is the lack of a mirrored image. 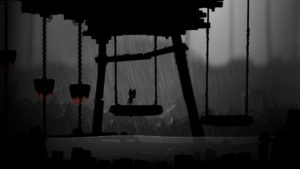 Visually this presents a familiar, but rather popular, silhouette look. Sadly, the hand painted backgrounds tend to be overshadowed by the black foreground. Trying to find what can be interacted with (and what’s dangerous) amidst the dark look can also prove difficult. There are a few bright and colorful levels though to inject some welcomed variety.

The music is appropriately moody, meshing well with the cryptic surroundings. I also enjoyed how the sound effects would tie in with certain puzzles. Without spoiling anything, I’ll just say how your ears will sometimes pick up on important things that your eyes can’t see. Combined with atmospheric background noise, it’s a sound design that’s notable. 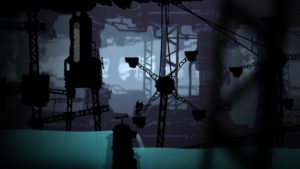 Platforming through the mine.

A brief experience, I completed the game in just a couple of hours, seeing both endings. I only rescued 75% of Toby’s friends or so, but felt no immediate desire to replay as there’s no indication how many can be found on each level. Glitches, such as freezing, saves not recording, and GamePad locking, dampened my desire as well.

Toby: The Secret Mine is certainly fun to play through, but the fun is fleeting. Combined with the numerous bugs, I file this one under “Wait for a sale”. At a discount, puzzle-platformer fans would likely find this a solid addition to their Wii U eShop library.

At a discount, puzzle-platformer fans would likely find this a solid addition to their Wii U eShop library.