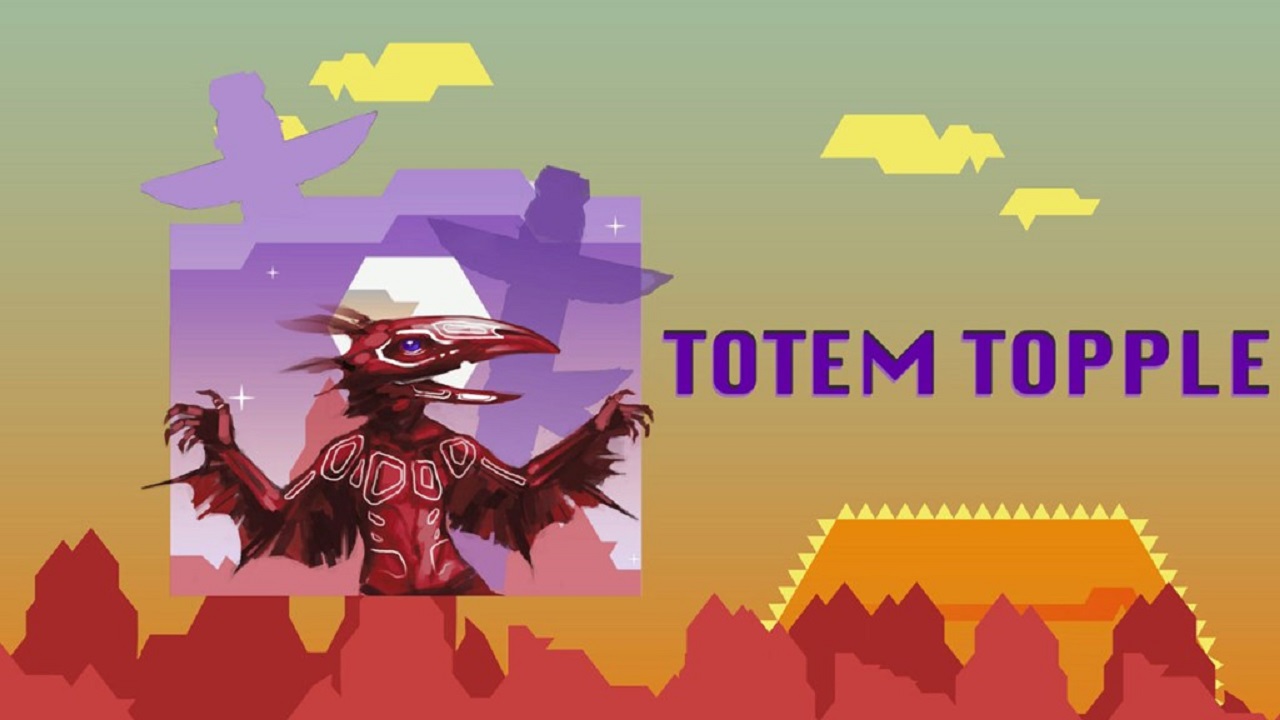 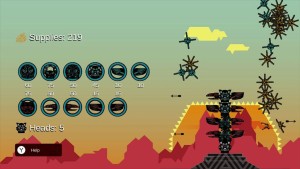 I had to consult my notes more than usual when writing this review for Totem Topple.  It’s not that the game is overly complex mind you, but rather that the game is so forgettable.  Is it from a combination of subpar features?  Does it lack that intangible something that makes certain games (even budget ones) leave lasting impressions?  It might be a little of each.

This tower defense game has its heart in the right place.  Scoring comes from building your totem as high in the sky as you can.  It’s an interesting M.O. for this subgenre, and the game has two modes, plus online leaderboards.  This is all nice, but the execution leaves something to be desired.  My wife and I both took a crack at it, and both of us came away with comparable feelings. 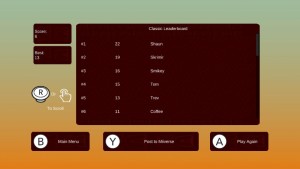 As we initially watched our totem get overwhelmed by ugly enemies, with no supplies to even attempt warding them off, we wondered what strategy we were missing.  Often this type of difficulty is incentive to continue trying.  In our case though, even though we enjoy tower defense games, we quickly grew frustrated and, more importantly, bored.  Gameplay continued mainly for review purposes, not out of fun.  Even after working out strategies and climbing our way up the online leaderboards (for which we encountered error messages) we still felt the redundant experience was ho hum at best.

The variety of protective features are pretty uninteresting. Even if you respond to them better than we did, there’s no denying the very small selection – you only have one proper weapon.  The audio/visual package also proves underwhelming.  The music becomes too repetitive.  The visuals could use more color, and the icons (with Native American art) are far too small, and thus appear very indistinct.  There’s no Off-TV play. 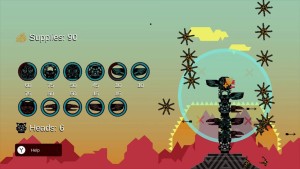 The entire game feels a bit slapped together, as if it should be part of a more hearty package.  We feel it could improve with some additions.  An introduction of fresh supplies, a multiplayer mode, more diverse enemies, difficulty selections, options in general, etc.  There’s always hope that perhaps some of these improvements might indeed come via a patch.

Totem Topple left poor first impressions, and things didn’t improve substantially enough with the passage of time.  The gameplay is too redundant, the aesthetics subpar, and it has some unfortunate omissions.  Above all the game has proven unmemorable by lacking that addictive quality we were hoping to find.  The $2.99 cost isn’t unreasonable, but remember that ZaciSa’s Last Stand (Defense of the Crayon Dimensions!) is only a dollar more.  It also just had a demo release on the eShop.  Part of what makes it a superior tower defense game are improvements coming from subsequent updates, so I hope Crystalline Green considers a similar approach with Totem Topple.  I wish them more success on their next game, Flight of Light.

The gameplay is too redundant, the aesthetics subpar, and there are some unfortunate omissions.