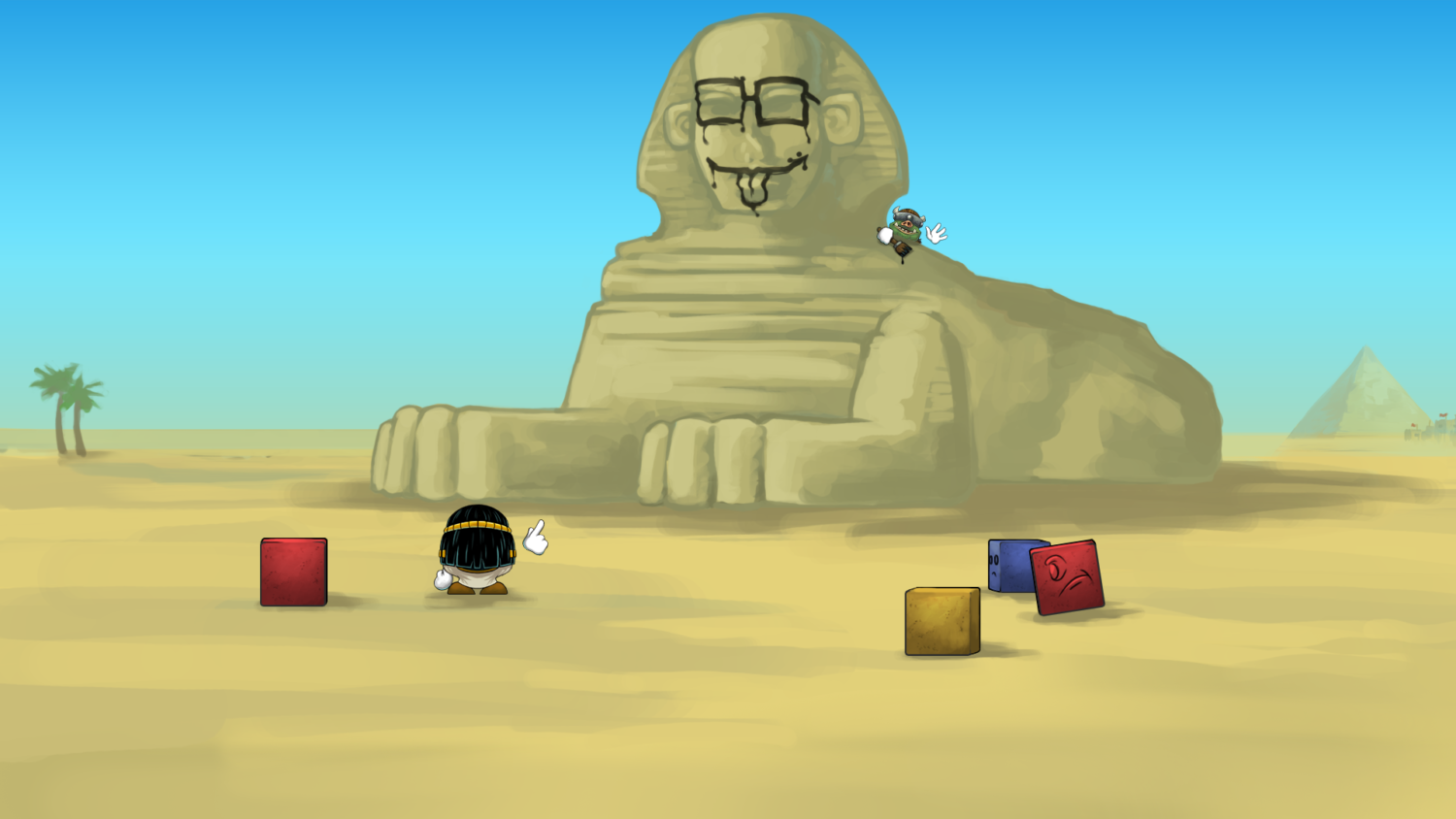 “Completely reinvents the Match-3 genre.” This is a bold claim from the new Nindie puzzler Tumblestone. Have the developers at The Quantum Astrophysicists Guild managed to live up to it? Let’s find out.

Tumblestone promises a 40 hour story campaign – what is this, an RPG? I’ll disclose that I haven’t finished the full campaign at the time of this publication, although I do plan to eventually. There’s other modes as well, mainly consisting of timed variations. They fill out the package and give you more quests (achievements) to complete, but I haven’t found them as much fun as the story puzzles. 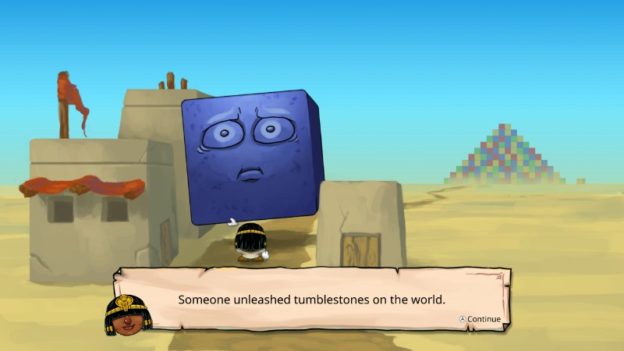 What makes the story puzzles so interesting isn’t the so-so plot, but rather that they are actually puzzles. It’s not a matter of simply rushing to make matches. While there’s plenty of options available, you need to be selective and think ahead, or you’ll find yourself with no moves left.  The single player mode has indeed proved “cerebral”. I’m grateful for the times I had my wife nearby to offer me tips. There’s much satisfaction that comes from beating a particularly tough level, though frustration is present as well. 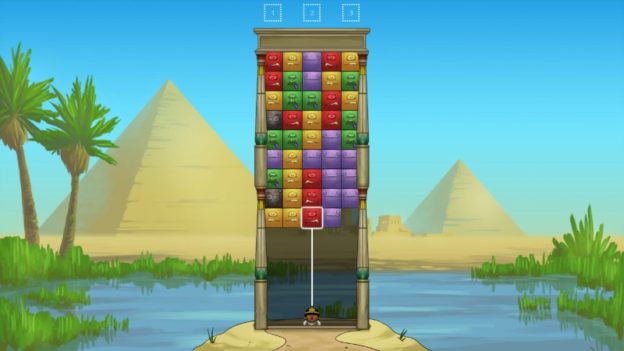 The game is largely linear, with the chance to earn tokens that let you skip puzzles being very limited. Allowing players to skip puzzles within the same world would’ve been a smart feature, but at least we have something, stingy though it is. There are other options that are locked, such as modifications in the infini puzzle mode. At least there’s multiplayer (vs. only) for when you get stuck. You can even enjoy it online if you can find other players. 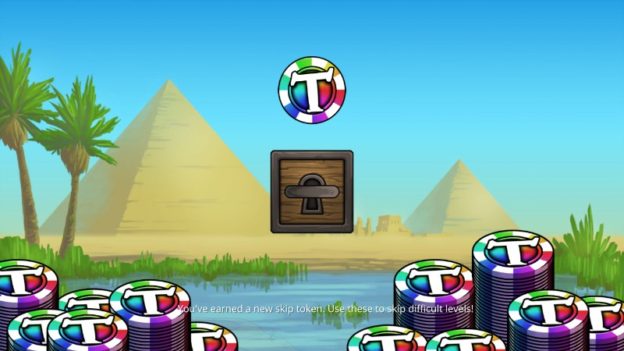 Controls are fine, with pretty much every controller supported. When the need to be quick arises, you should have little worry. There’s some cool little extras here too like statistics and online leaderboards for each mode. There’s even support for colorblind players, which is very thoughtful. Oh, and before I forget you can “play as a sausage!!” I am disappointed that there’s no digital manual however. The game boasts many modifiers, but offers no real explanation on how most function. For $20 plus I’d like to see some information on the game’s content! 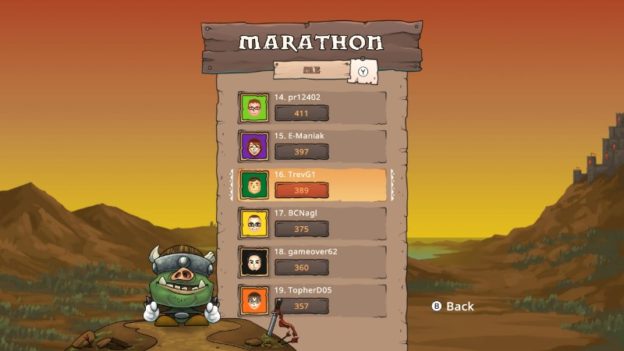 Speaking of the price, Tumblestone has a Wii U retail listing as physical copy. That’s the route I’d consider. $24.99 is too expensive to go digital. At the end of the day, this is still a match-3 game. While holding interest longer, I feel it’s too long for its own good, with many of its ideas ultimately wearing thin. I also weigh the cost against other eShop titles that are in similar price ranges, many which far surpass this game aesthetically. 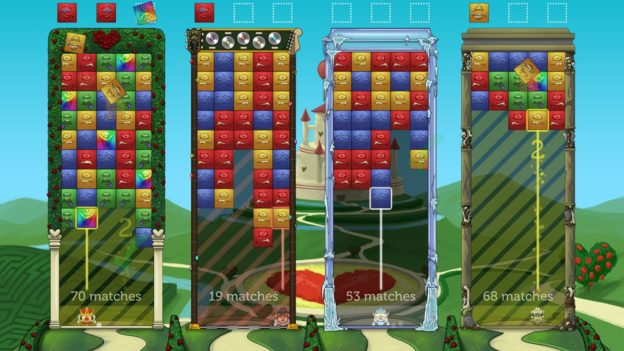 Tumblestone is entertaining. It’s a quality release that definitely has some unique elements, going that extra mile by building upon a basic idea. That said, I don’t think it manages to live up to its own hype. It’s a good game for sure, but not a great one.I’d suggest waiting for a sale. I would’ve taken a reduction in content, with less chance of frustration and tedium, for a lower price. In the meantime if you haven’t yet, do check out the developer’s earlier Wii U eShop release, The Bridge, (only $9.99) for a different take on the “thought-provoking” puzzles.

A good (if linear) puzzler, that’s a bit too excessive in both content and price. Go physical, or add to your wishlist and wait for a sale.