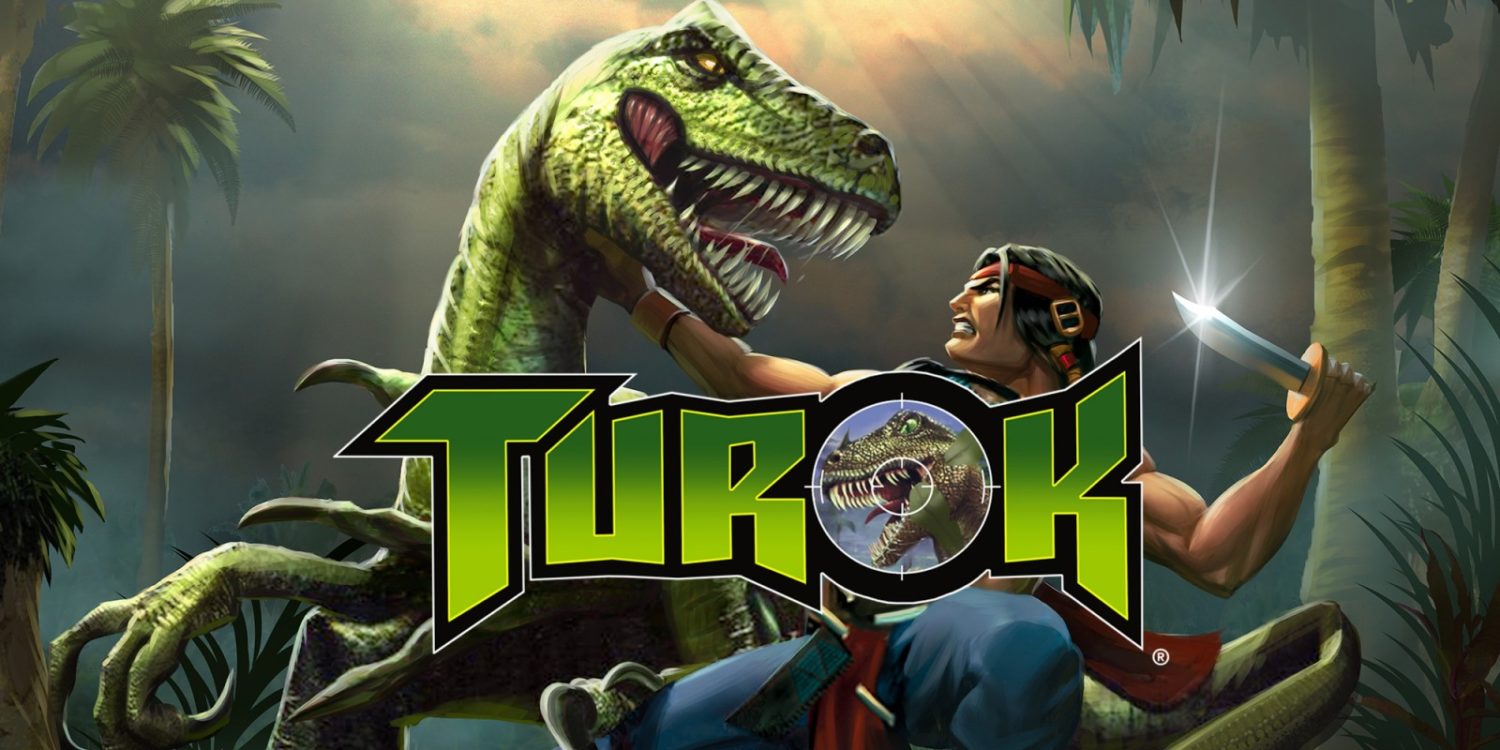 There’s a Nintendo 64 game now on Nintendo Switch, yes you heard me correctly. It might not be the Virtual Console we all want, but that’s not to say it isn’t a step in the right direction.

Nightdive Studios/Publishing are known for bringing back classic cult titles from the dead. With Turok on Nintendo Switch now, and Turok 2: Seeds of Evil on the way there’s certainly a bunch of dinosaur slaying fun you can have on the system.

I’ll openly admit it, I’ve never played N64 or Turok before, but even as a millennial growing up in the early 2000s, I can find appreciation for this remaster. The graphics are not half bad, especially considering it’s a port from the N64. And the lack of customization really doesn’t put a stain on it, as the gameplay is just so satisfying!

The Switch version of the game has gyroscope controls which make running through the jungle and parkour feel like an exciting rush through your nerves as you play. There are very few games on Nintendo Switch with gyroscope controls that I actually like, and I’m happy to say this is one of them. It flows with the game perfectly. 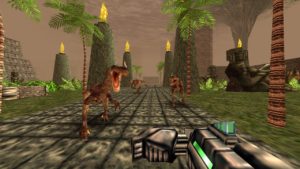 The purpose of the game is simple at the surface, but deep if you choose to discover the lore online. On the surface, you run through various time travelling/ jungle environments and shoot dinosaurs. Although, there is much more to it, which the game does not tell you directly— You will assume the role of Turok, a Native American time-travelling warrior. The task is to protect Earth and the Lost Land, the primitive world where time has no significance.

The game never feels stale when you are gun-rushing dinosaurs as there are a sheer variety of monstrous weapon types in this game, fourteen to be exact. From a Pump Shotgun, Pistol, AK-47, Alien Weapon, Atomic Fusion Cannon, Plasma Pulse Rifle, to a Grenade Launcher and everything in between, there is no shortage in weapons. 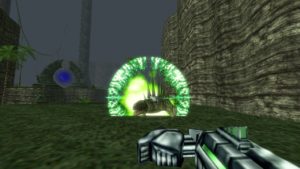 There are a total of eight levels, each requiring you find a certain amount of keys to progress. Although, I found it very difficult the further I progressed because whenever I respawned at a checkpoint after dying, it would only give me one out of the five lives back. Meaning you have to get to the next checkpoint in one life in order to proceed, which I found hard at times. While there were plenty of checkpoints, there is still a difficulty spike to be had here. It is worth noting there is a cheat code menu, but I believe it is meant for developers only which is a drawback, as when I spoke to the community manager about it she stated: “they might be secret.”

The gameplay here is satisfying enough to feel like it was worth your hard-earned cash, although I wouldn’t recommend it to anyone who is looking for a game with all the elements of a modern day game–you will not find that here.

The gameplay here is satisfying enough to feel like it was worth your hard-earned cash, although I wouldn’t recommend it to anyone who is looking for a game with all the elements of a modern day game–you will not find that here.