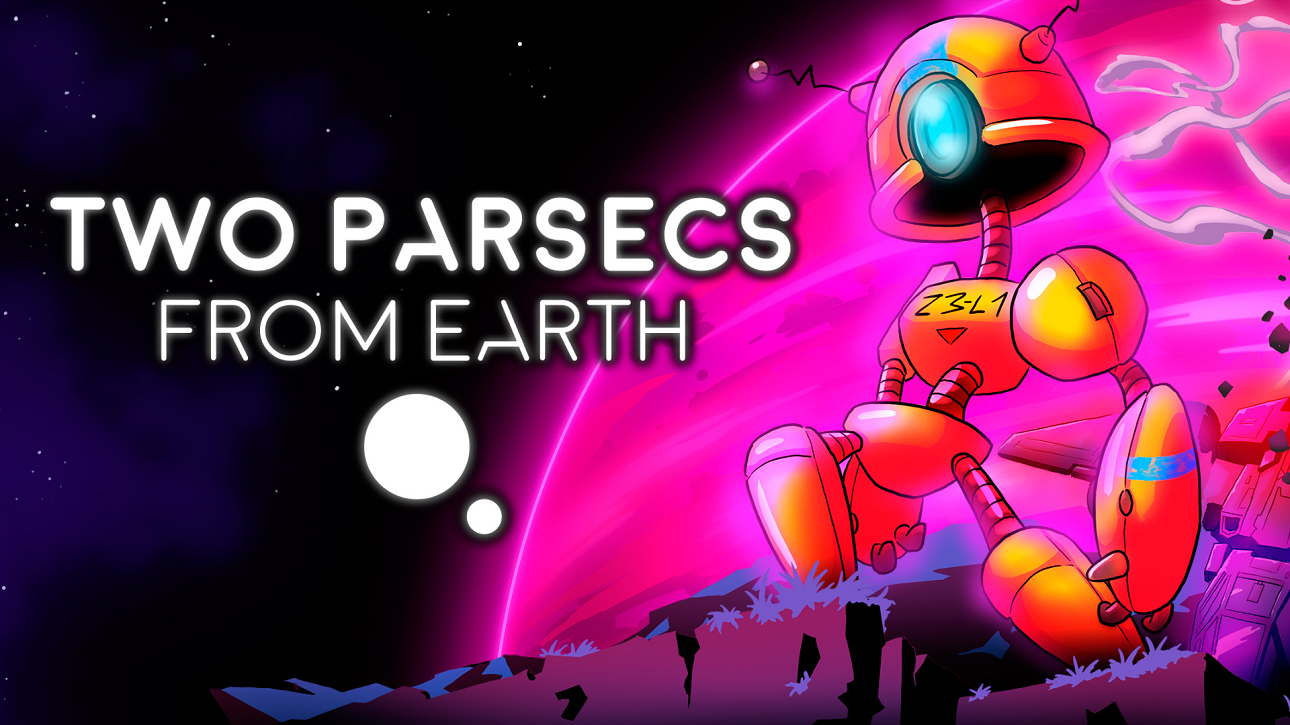 Two Parsecs From Earth has the looks of a promising budget take on Metroid, but I soon discovered the gameplay needs more polish.

You control Robot Z3-L1, who is trying to escape an alien planet. He cracks many jokes, which are amusing at first, but the joke’s ultimately on him. He’s so fragile that even a single hit from the smallest threat makes him explode. Is he made of tinfoil? He respawns quickly, but always at the start of an area, which leads to more backtracking than is needed. 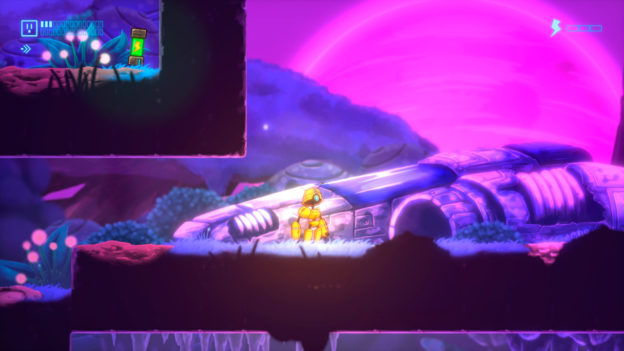 With so many Metroid-inspired games on the Nintendo Switch, nailing fundamentals is a must. This game doesn’t pull it off. The design seems haphazard, lacking a sense of direction. Areas are blocked, but many appear as if you should be able to go through them. The hit detection box is larger than the bot, which also explains why spikes seem to hit him when it appears you’re well clear.

One of this game’s selling points is “Choose 3 abilities during the exploration and experience your adventure in 8 different ways…” but it’s not addictive enough to want to bother. It feels like a game designed for play in a specific order, with choices giving the appearance of more freedom than exist in practicality. Limiting which abilities you have robs what’s usually a rewarding element of Metroid-inspired games. 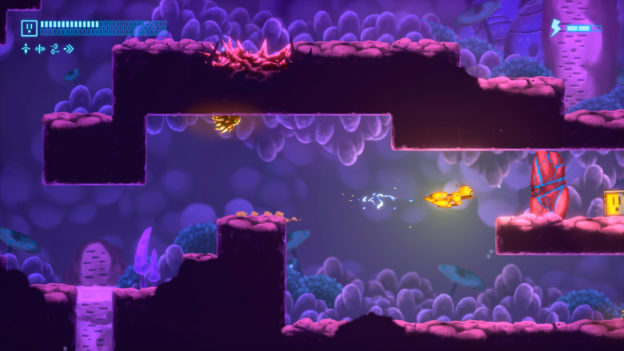 Whether you’re fiddling with the camera or struggling with the controls, Two Parsecs From Earth lacks the essentials needed to promote replay. I shouldn’t face what could be multiple leaps of faith. Jumping should be far more fluid and precise.

The map deserves its own paragraph, as it is lousy. The game jokes that zooming during gameplay is useless, yet on the map, where it would genuinely help, you can’t do it! So, you’ll squint trying to pinpoint where you are only to discover it doesn’t show this, leaving you to some guesswork. I had an enemy kill me while studying the map screen, believe it or not.

At least Two Parsecs From Earth has an art style I can get behind. It’s very colorful, and areas appear alien, yet not sterile. It’s enjoyable to look at; good stuff! Too bad the main music track sounds like a record played backward. 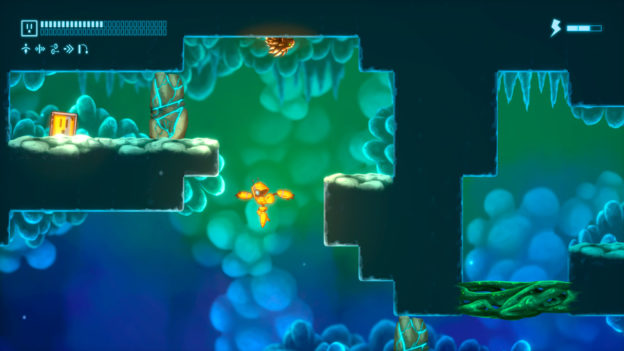 The foundation is here, but, like The Simpson’s orphanage, it needs more walls – “three is not enough.” With subpar controls, music missing the mark, and a disappointing map, Two Parsecs From Earth’s great visual style remains, but it’s not enough to keep me playing.

Watch this game on a YouTube playthrough instead. If you want to support the one-man indie ABX Games Studio, check out Tetra’s Escape.

The foundation is here, but, like The Simpson’s orphanage, it needs more walls – “three is not enough.” With subpar controls, music missing the mark, and a disappointing map, Two Parsecs From Earth’s great visual style remains, but it’s not enough to keep me playing.