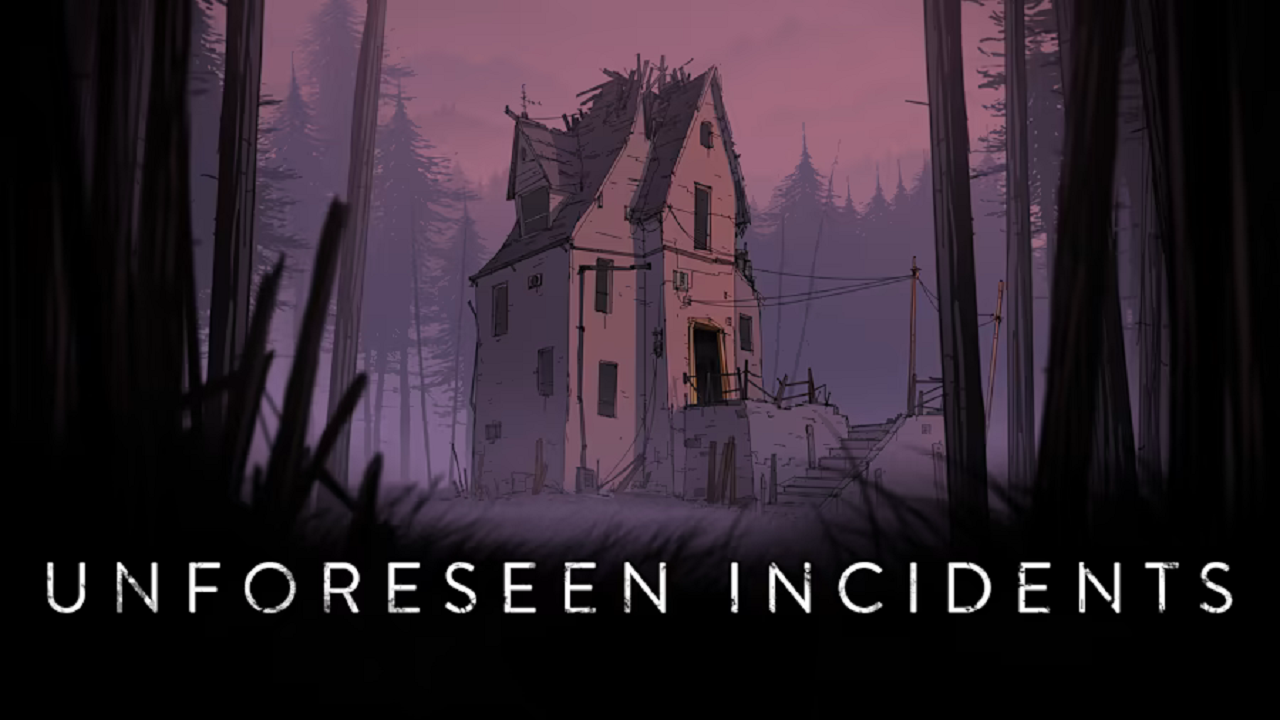 Unforeseen Incidents is an ominous game, especially in a post-COVID19 world. It came out in 2018 and is about a pandemic called Yelltown Fever that afflicts people with upper respiratory symptoms, nosebleeds, and ultimately death. Just to get it out of the way, it is eerily similar to early 2020 with COVID-19 and can be disturbing. It isn’t the game’s fault, as it came out two years earlier. But I caught myself at multiple times feeling weirded out with how realistic it was compared to the experience we all felt. If this is something that could make you upset, I would be wary of playing this ahead of time.

On to the game itself, which is a point-and-click puzzle title where you are playing as Harper Pendrell. Harper is a minimalist who lives a simple life in Yelltown, a ramshackle town with not much to do. Harper is a great character who has one-liners throughout the entire game. There are so many different things to click on that help advance or don’t do anything for the story itself; regardless, Harper will have something to say about it. Harper teams up with Professor MacBride, Harper’s father figure. MacBride is my favorite character and the voice acting, in general, is terrific, which pairs well with the animation. MacBride and Harper’s interactions are great, and highlight how good the writing is as MacBride plays off Harper’s humor very well.

At times it felt like this game was a moving, talking graphic novel, which is what I think the creative team was going for. The level of design is remarkable; from Harper to a random toolbox in the background, there is so much detail on every inch of this game. The story is interesting, and takes a couple of twists without giving away spoilers. I like how it ended, and it did throw me off. I haven’t played many point-and-click titles that are involving serious matters like trying to solve a pandemic, but the amount of humor infused into the dialogue brought some much-needed levity.

Unforeseen Incidents came out first on the PC, and you can tell, as the transition to the Switch isn’t always the best. Clicking on clues would be much easier with a mouse than the Joy-Con. The handheld mode is easier, but I prefer docked in general, and at times that was an issue. Another thing is that there are no hint systems or ways to bypass a clue if you’re stuck. I found myself on a few occasions having to look up the next frustrating step. Most games will, at least, hint or make clues more obvious as time passes, but this wasn’t the case here. I didn’t want the game to hold my hand, but at some points, I felt just lost. Also, while the animation was very detailed, some of the motion didn’t translate well to the Switch. If I tried to point Harper into a direction we couldn’t go, the game would glitch out, and he would shake back and forth. I wasn’t sure if this was a bug or intentional, but either way, it seemed sloppy.

All things considered, this is a fun point-and-click game that is different from a lot of them I’m used to. If you are ok with the heavier content of a pandemic-themed story, it should be a fun time, especially for experienced gamers.

Unforeseen Incidents is a great-looking title that provides tremendous detail in the graphics and great voice acting. Some gameplay aspects could be improved but all things considered, it is a good point-and-click game.