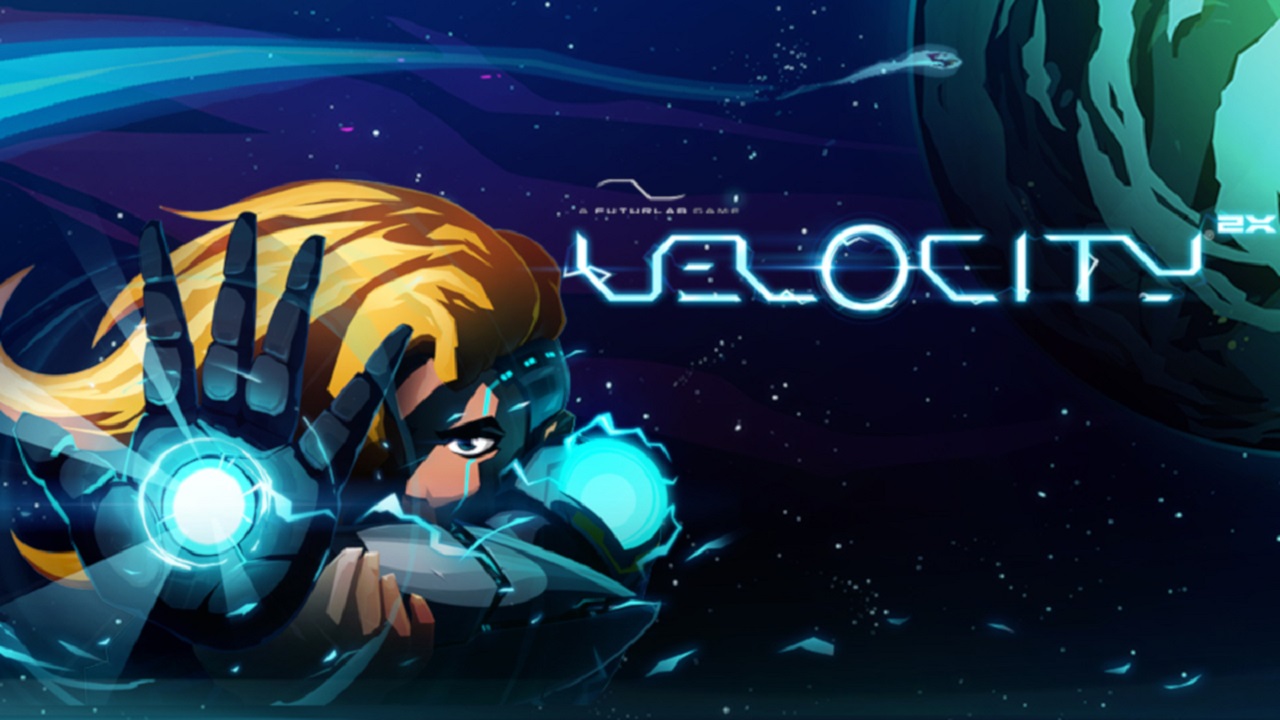 Velocity 2X for the Nintendo Switch is a game which is likely to bore you to tears. Although it boasts a whopping 50 stages, I wasn’t exactly entertained while playing this bland space-shooter.

The idea of the game is to collect pink gems which are scattered throughout each stage and occasionally destroying enemy spaceships. Saving the lives of people with whom you do not see is also a thing in Velocity 2X. You may even fight a boss – albeit incredibly easy – but that comes after slogging through 10 boring and repetitive stages.

Velocity 2X also changes things up here and there. For example, it takes you away from the top-down shooting aspect and instead allows you to side-scroll as if you are playing titles like Super Mario Bros. or Mega Man. This part of the experience allows you to sport an automatic firearm and warp between platforms similar to when you are flying your spaceship. While transitioning from different aspects of the game managed to be welcoming, the ultimate objective remained the same: Continue to collect pink gems and destroy shield generators to allow stage progression.

At first, the premise is simple enough to grasp but eventually became uninspiring. In fact, Velocity 2X is best compared to Sonic the Hedgehog. For instance, imagine playing Sonic and the only thing you’re doing is traversing through the stage and collecting gold rings. That would be incredibly boring, right? Well, that’s essentially what you are offered in Velocity 2X, unfortunately, which is quickly illuminated within the first few minutes of playing the game.

Should you wish to steer away from the traditional course, 2X offers additional stages which only seem to be different segments from the original game. For example, “Critical Urgency Pack” includes roughly six levels and implements a timer, which is to give you a sense of urgency – no pun intended – as if you are speed-running stages. “Dual Core Pack,” which is perhaps the most interesting and enjoyable aspect of the game, allows users to operate two spaceships at once. And finally “Daily Sprint,” which is oddly and concerningly an online competitive aspect of the game that is sadly locked behind a timer, which in my case I had to wait until 11:32:25 before attempting to play this portion of the game.

While Velocity 2X deserves merit for blending two different forms of gameplay into one hefty treat, 2X quickly becomes bland after the course of only a few minutes. Yes, you are presented with additional content, but only one of these added pieces of content is enjoyable out of the bunch. The monotony will leave you uninspired, and it’s hard to dedicate time to Velocity 2X when there are better space-shooters out there for the Nintendo Switch.

While Velocity 2X deserves merit for blending two different forms of gameplay into one hefty treat, 2X quickly becomes bland after the course of only a few minutes.