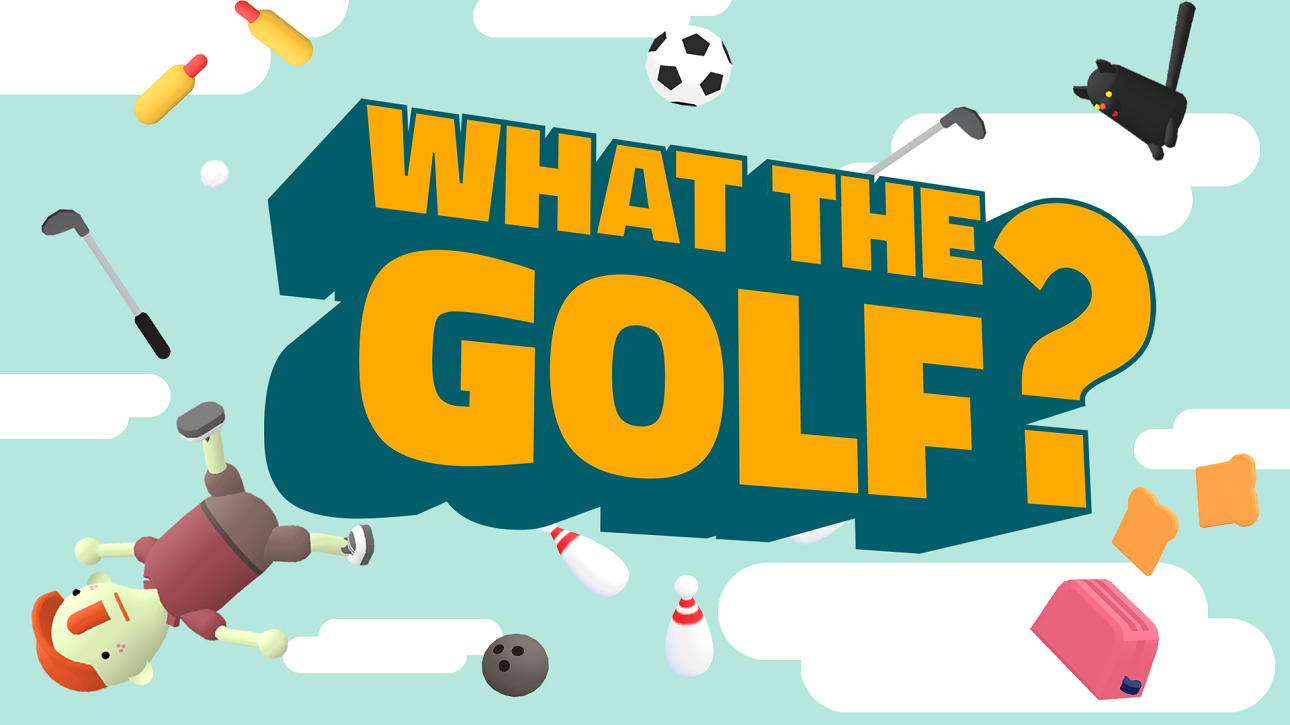 WHAT THE GOLF? aims for some good-natured ribbing towards traditional golf games. Does such mockery deliver a birdie, or is the comic effectiveness of this parody more of a bogey? I’m happy to report that it’s the former. This game is first-rate.

Campaign is where you’ll spend most of your initial playthrough, though several options are available. This primary mode took me around six hours to beat, not at 100% completion. While progress can be made by merely finishing each hole, you won’t see everything the game has to offer, as each one has two additional challenges. An early example is bypassing the hole and trying to tip over cats scattered across the green instead. I tried to finish every challenge until they became tough enough to make me leave. While it won’t be too hard to 100% the first couple of courses, you’ll be replaying to do so for some of the later ones. Success leads to unlocking trophies. 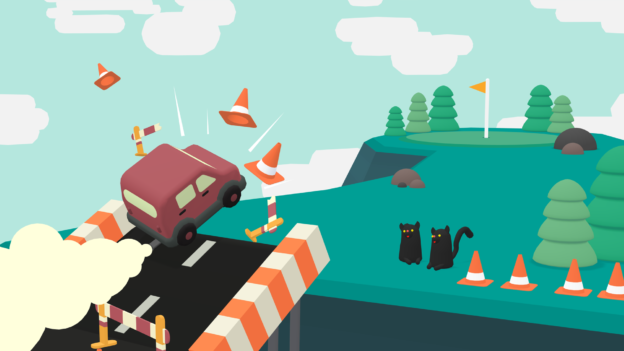 There’s so much variety in WHAT THE GOLF? and much of the fun is discovering what comes next. It’s like the WarioWare of Golf, but longer. You can’t help but beam as new mechanics keep getting introduced, some of which are golf in the loosest sense of the word. Some of the early silliness (like bouncing golf balls) seem positively tame compared to what comes later. Reaching these throughout a playthrough is best to ensure spoiler-free hilarity. Even the courses themselves have varied designs, forcing your ball to navigate conveyor belts or ride on boats, to name just a couple. While you’re bound to get a few duds with such variety, the majority succeed. Nods to other popular games will also make you smile. WHAT THE GOLF? might be the least repetitive golf game you’ll ever play. 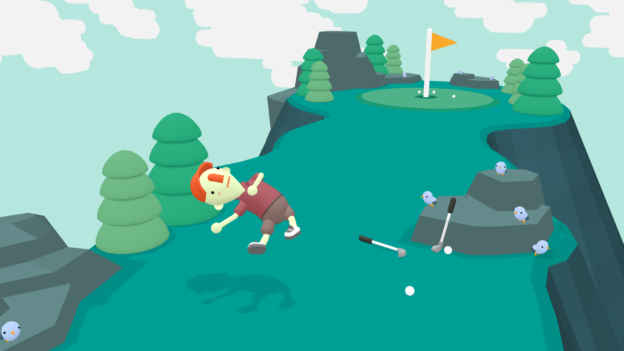 Beyond the campaign, other options include a party mode, a Switch exclusive for two players. You can also “Show to a Friend” if they want to get acquainted with the game first; it has several initial challenges, minus any of the course navigation gimmicks. Daily Challenge lets you tackle a random assortment, complete with a leaderboard. Achievements also have leaderboards based around your completion percentage, and I’ll enjoy my brief time in the top 10. Lastly, there’s Impossible Challenge, which is relatively glitchy. I’m not sure if that’s what makes this impossible, but if so, that joke will quickly wear thin. 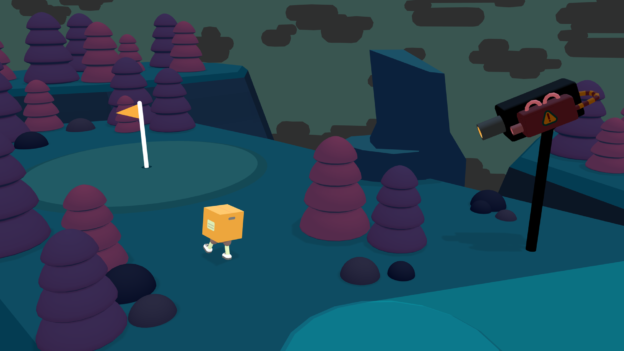 Thankfully, the rest of the jokes in WHAT THE GOLF? hit the mark. Of course, some players won’t connect with the humor. But I’m delighted that I did. I like the goofiness, the puns, and the variety. I dig finding random computer notes that deliver a smidge of the business; “Give a man a fish, and you feed him for a day. Teach a man to golf and bore him for a lifetime.” Again, smiles ensue.

Now when it comes to the visual presentation, this game’s not much to look at, with admittedly bland polygons. But, the modest style fits the tone of the game. And the gameplay variety extends to the graphics, as you can be controlling the ball overhead, in a side view, or even from a first-person perspective. Musically, the tunes that are most memorable to me sound like a type of early ’90s alt-rock. Again, it all somehow fits.

While it claims to be “The golf game for people who hate golf!”, I think it sells itself short. I don’t hate golf, but I still really like this funny game. WHAT THE GOLF? has a “one more round” thing going for it, coupled with a favorable amount of content, especially for completionists. 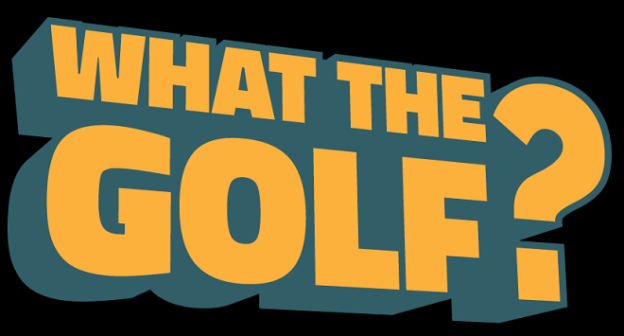 While it claims to be “The golf game for people who hate golf!”, I think it sells itself short. I don’t hate golf, but I still really like this funny game. WHAT THE GOLF? has a “one more round” thing going for it, coupled with a favorable amount of content, especially for completionists.