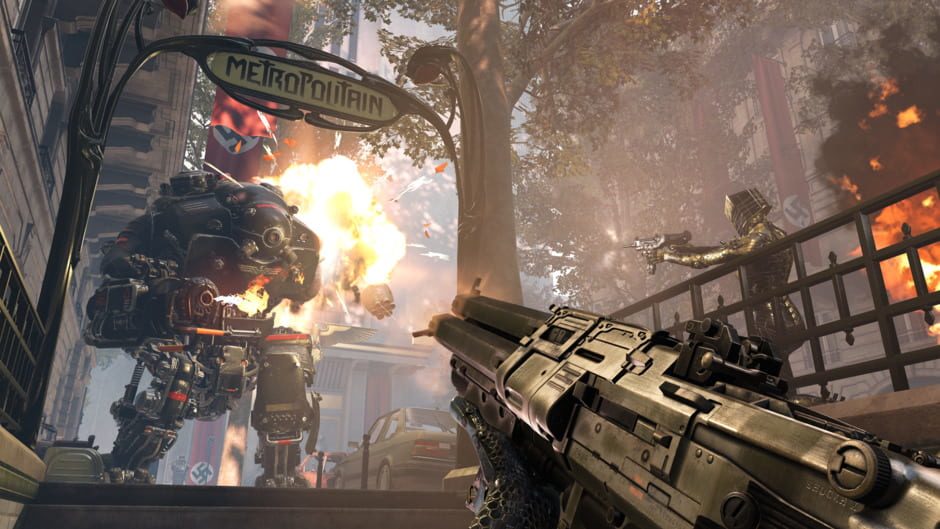 Wolfenstein; a video-game franchise we praise due to its long lifetime, and for putting a huge emphasis on story and action gameplay. So when it was announced that they’d be making a spinoff, I was intrigued. But to my surprise, such spinoff was a co-op focused game, rather than being story-based.

Contrary to most, I’m not against the idea of Wolfenstein reinventing itself, i.e going cooperative with looter shooter elements. In fact, I’ve wanted Bethesda to take this direction with Wolfenstein ever since the beginning. That said, in this case it feels as though the franchise lost its personality in the process. 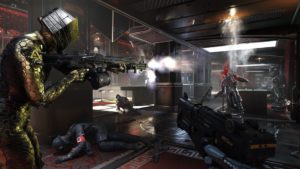 Whilst it is understandable that some compromises have to be made in order to reinvent something on such a large scale, that doesn’t excuse the fact that it stripped away the game’s charm. Wolfenstein: Youngblood is underrated; and I’m not going to dismiss that. That said, I’d be remiss to not acknowledge its many flaws.

Most notably, the game’s lack of a pause button. This exclusion is not only cumbersome, but a pure oversight in general; a majority of titles have a pause feature. This could possibly be something Bethesda did to encourage communication between teammates, but either way, a pause feature needs to be implemented; dying simply because you need to answer the door for the pizza-man is an annoyance, at best. 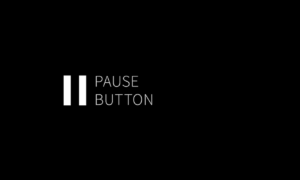 Another major criticism with the game is its story length, which probably contributes a lot to the game’s loss of personality. That isn’t to say the story is bad though; in fact, it is really good. It’s just unfortunate that such a good story is shortened. It’s worth mentioning that the game is considerably longer than some of the previous reinventions, but most of the time, you won’t be experiencing story cutscenes.

Finally, and certainly least notable, is the addition of micro-transactions. Whilst it is understandable this is a major complaint for a lot of people, it’s not as bad as it is being made out to be. Only a few cosmetic items are restricted to real-life currency (and they’re the uglier ones, in my opinion). Also, unlike other microtransaction shooters, you earn in-game currency at a welcomed pace (not too fast, not too slow). 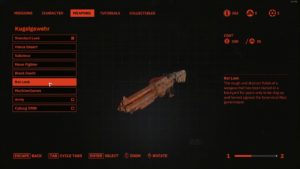 With all these complaints, I want to stress the game deserves so much more attention than it is getting. Despite some of its pretty impactful issues, its progression, upgrade, and cosmetic systems add a lot of replay value to an already lengthy game. Whilst it would’ve been nice to see more cutscenes, what was there was done beautifully. 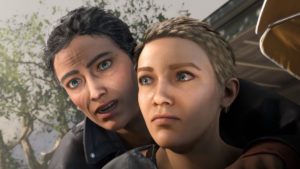 All that said, if you can play Youngblood on other platforms, do so. The graphics are definitely blurry and, whilst less noticeable over time, it is still unfortunate. Although, this is not too much of an issue with the game, but rather the Nintendo Switch’s hardware limitations. Wolfenstein is an intensive series, so I’d much rather have the option to purchase it on the Nintendo platforms, even if it is less graphically powerful.

Overall, Youngblood is a welcome reinvention of the series, but lacks the personality of what makes a Wolfenstein game. Microtransactions aren’t as bad they’re made out, but it is still understandably going to impact each person differently. The extensive replay incentive and a charming, albeit short, story are appreciated. If you are a Wolfenstein enthusiast, this game definitely deserves at least one playthrough— just make sure you won’t have any interruptions during your sessions.

Overall, Youngblood is a welcome reinvention of the series, but lacks the personality of what makes a Wolfenstein game. Microtransactions aren’t as bad they’re made out, but it is still understandably going to impact each person differently. The extensive replay incentive and a charming, albeit short, story are appreciated. If you are a Wolfenstein enthusiast, this game definitely deserves at least one playthrough— just make sure you won’t have any interruptions during your sessions.