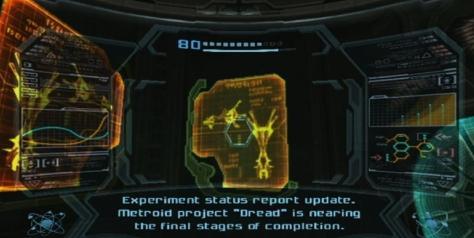 While playing Metroid Prime 3, IGN stumbled across an easter egg about midway through the game. They found a computer panel that when scanned reads:

Some say this could be a reference to a DS title Nintendo tentatively announced back in 2005, but this is pure speculation. There hasn’t been an official public announcement for this title other than a list of future DS titles given exclusively to the media in 2005. I sure hope this rumor is true.