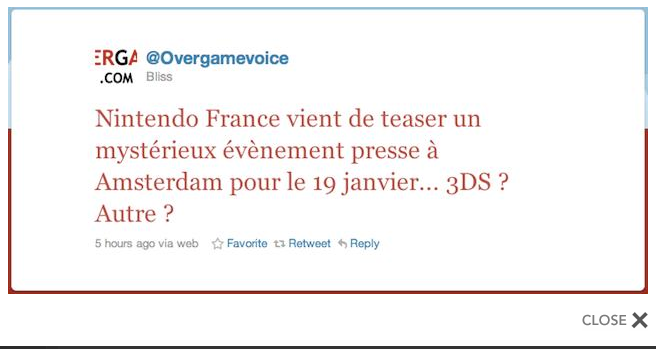 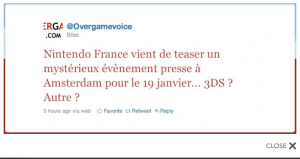 I do believe Nintendo will be holding a press conference during the early part of next year..The rumor comes in the fact will it be in France and on January 19th?

Update: MCVUK has confirmed that this event will be taking place in Amsterdam on January 19th.

Update 2: It has now been rumored that Nintendo is sending out press events for a press event January 19th in NY. We will keep an eye on this and confirm it when we can.