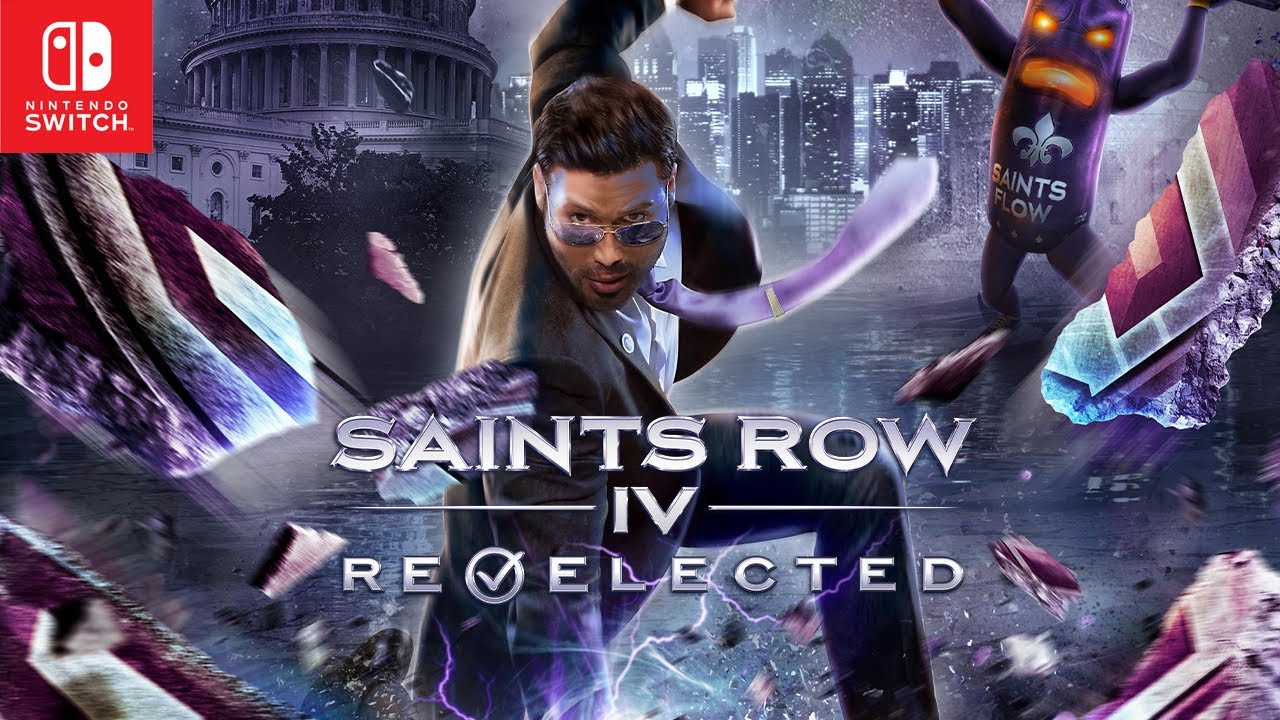 After weeks of rumors floating around, Saints Row 4: Re-Elected, the current-gen port of what was a controversial entry in the popular ‘Saints Row’ series when it was first released back in 2013, has been confirmed to be released on the Nintendo Switch.

Despite the criticism the game received when it was first released for being “out there” and “wacky”, I thoroughly enjoyed my time with the title. I’ve always been fond of video-games, movies, and television shows set in Washington D.C. and so this was one of my favorites in the long-running franchise. In early January, a retail listing for a Nintendo Switch version of Saints Row 4: Re-Elected popped up on Cultura. The listing was quickly removed thereafter but today, Deep Silver officially revealed the title for Nintendo Switch.

After a catastrophic alien invasion of Earth, led by the evil Overlord Zinyak, the Saints have been transported to a bizarro-Steelport simulation. With homies new and old at their side and an arsenal of superpowers and strange weapons, they must fight to free humanity from alien granddaddy Zinyak’s mental grasp.

The Saints have gone from the crackhouse to the Penthouse, to The White House – but now it’s up to you to free the world from Zinyak and his alien empire, saving the world in the wildest open world game ever, playable for the first time on Nintendo Switch™.