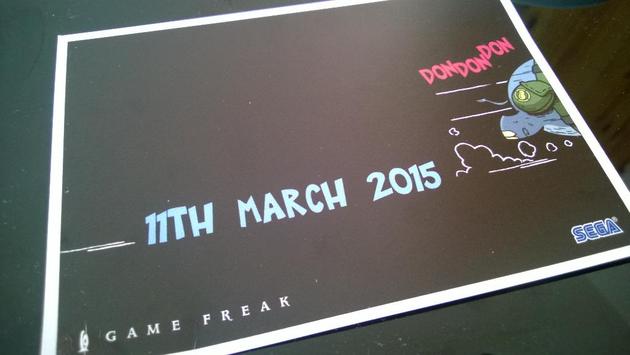 A mysterious postcard has been received by several outlets, its artwork indicating some type of collaboration between Sega and Game Freak.

The card, pictured above, was tweeted by RPG Site, and mentions little besides the two company logos and a future date of March 11, 2015 – presumably the date a reveal will be made.

The image of an elephant scurrying off to the side of the card might mean something new is in the works – it certainly doesn’t resemble Sonic or Pokémon, the two most well-known works by Sega and Game Freak, respectively. The back of the card, below, continues the elephant theme, with some peanuts leading across the card. 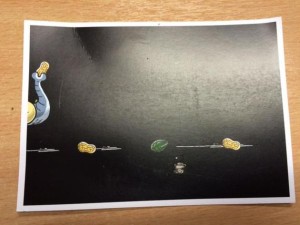 What do you think the announcement could be? Let us know your thoughts below.