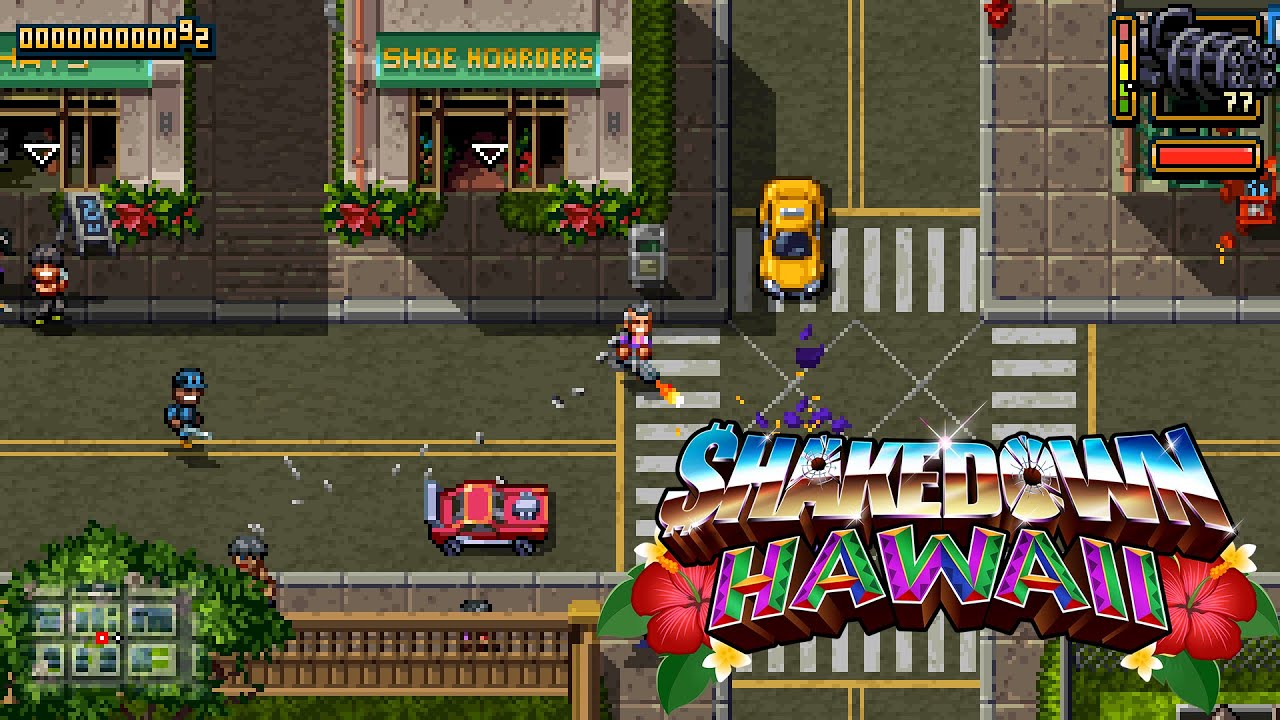 Shakedown: Hawaii hits the tropics on May 7

Shakedown: Hawaii hits the tropics on May 7

Vblank Entertainment has revealed a release date for its latest open-world showdown, as Shakedown: Hawaii is set to arrive digitally on the Nintendo Switch on May 7, 2019.

From the makers of Retro City Rampage, Shakedown: Hawaii parodies big business and the white collar crimes that go alongside. Build your empire, monopolise the markets, and collaterally re-zone the island’s destructible sandbox.

Players will take the open-world action from the boardroom to the streets, all set in the tropics. Check out the new “Hostile Takeover” trailer below to see the game in action.

Even more exciting news is that a Nintendo 3DS version is on the way. According to Vblank, the game will follow shortly, but needs a few more finishing touches before it can be revealed to the world. The game will support both the original Nintendo 3DS and the New Nintendo 3DS.

Shakedown: Hawaii will be available on the Nintendo eShop from May 7. You can also Wish List the game now.

We were big fans of Retro City Rampage, so we’re excited to see what Vblank brings to the table this time around. Are you equally excited? Let us know your favorite Retro City moments and what you hope to see in the new game.