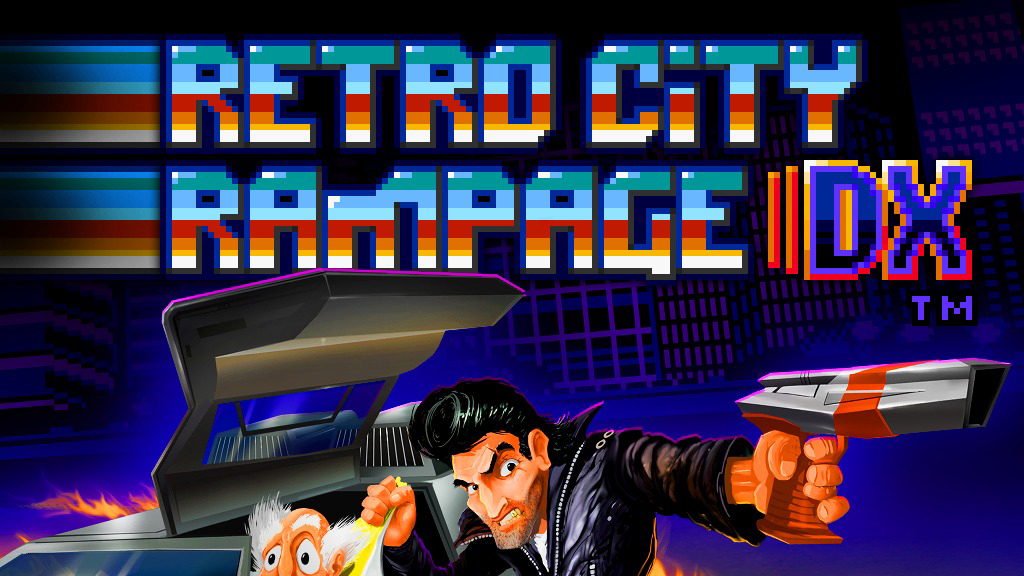 Retro City Rampage was first released in 2012, hitting multiple platforms since then including WiiWare and 3DS. Now it’s the Switch’s turn to host this colorful and crazy adventure that harks back to the past in a huge, yet unique, way. So how does it fare on Nintendo’s hybrid console?

The first thing you need to know about RCR DX is that it’s a parody. The developers aren’t shy about it either, wearing it on their sleeves so proudly that the game starts with a ‘common sense warning’. Everything from the fast-paced story to the in-your-face pop culture references makes RCR DX one frantically fun adventure.

The story starts in 1985, where you play the role of the simply titled “Player”, a thug for hire. During the course of the game you’ll be involved in anything and everything, like car thefts, bank heists, time travel, delivering newspapers, computer hacking, and oh so much more. The game seems to thrive on being hyperactive, where one event quickly leads to the next without missing a beat. There’s no shortage of side missions to complete and items to collect. It’s very well done, and it makes playing in short or long bursts easy, since you can complete a quick mission, or play for hours just exploring the city. 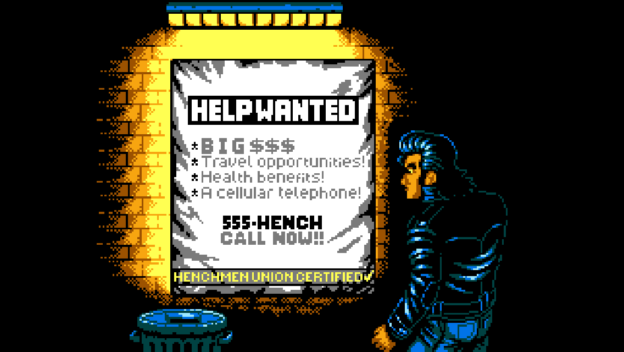 The controls are simple and responsive. Your character can walk down a street and steal any vehicle with the X button. On foot, you can run, jump, shoot and punch. The tutorials are well done and adequately humorous – one repeat lesson even had the introductory character spouting something about most people not paying attention the first time. Hey, he was right – I needed that second run-through to get it right.

It took a moment to get used to the top-down driving, since your character spends a lot of time on the road (mostly after stealing a vehicle). But crashing is strongly encouraged anyway. Some tasks actually require that you run over a number of pedestrians within a time limit. It’s these insane missions that help make it so much fun. 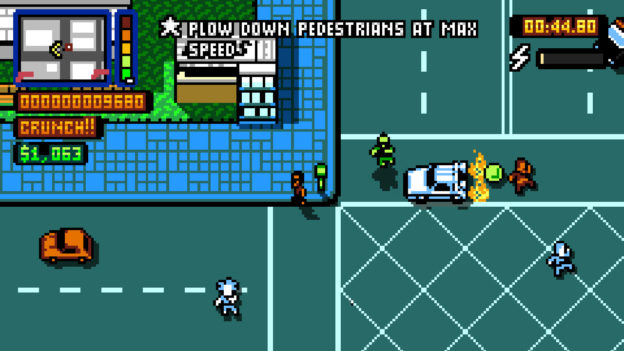 Visually, it’s an absolute pleasure to play RCR DX on the Switch’s large screen. The graphics are simple in their obvious and deliberately retro way, but it’s so smooth, fast and colorful that it’s like playing on a turbocharged ‘80s console in Vegas. The graphics and top-down style are reminiscent of the original Grand Theft Auto, and with stealing high on your Player’s to-do list, it’s an easy comparison. RCR DX, despite its obviously violent slant, is more PG that GTA though. There’s no blood or drugs here.

The game is easy to start off with, as you cruise from one mission to another, running over everything in sight. The difficulty soon ramps up, but the balance is well done and it never becomes frustrating. Automatic checkpoints bring you back into the game close to where your Player died, and you can save your game at any time.

There’s a lot to enjoy in this game, but the best part is the humor. There are so many pop culture references that it’s impossible to catch them all, let alone list them in this review. There’s everything from Bill and Ted’s Excellent Adventure, TMNT and Back to the Future to more subtle references like Mario and Zelda. It’s fun to spot them, and very tempting for me to talk about in detail, but I won’t spoil them. 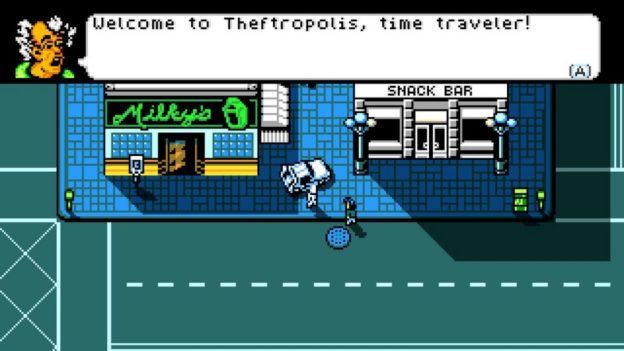 Overall, Retro City Rampage DX is way too much fun. As a first-time player, and one who isn’t interested in GTA, it’s a slightly guilty pleasure initially. But the gratuitous violence is overshadowed by the ridiculous humor and fast pace. If you haven’t played RCR DX before, get your hands on it now. Note that this is the DX version that was released on the 3DS, so the only real difference is the screen size and dual-analog controls (unless you have a New 3DS, of course). But if you’ve played RCR before, you already know it’s worth playing again.

Retro City Rampage DX is a hugely entertaining journey into a retro world full of parody. With solid gameplay and great visuals, this is one game not to miss.