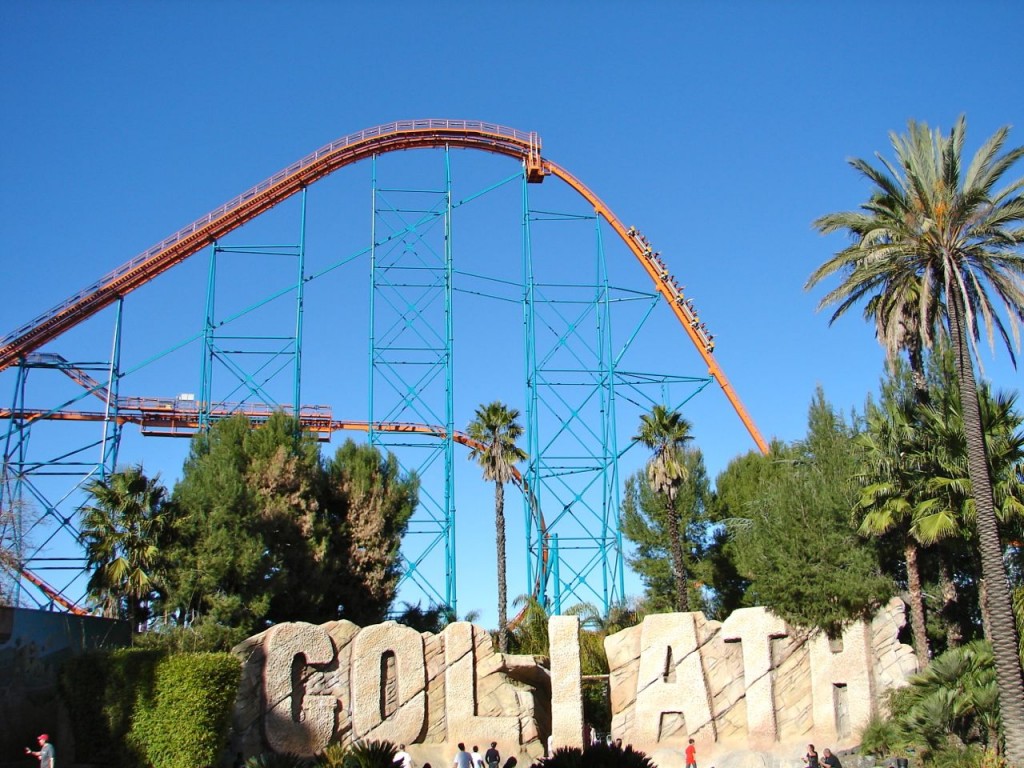 Monster Hunter 4 Ultimate fans as well as roller coaster enthusiasts will soon be able to take a glorious 255 ft drop at 85 MPR on a MH4U themed, Goliath roller coaster on Mar 28 – Aug 10. According to Capcom, the video game developer and publisher, announced a partnership with Six Flags Magic Mountain and has decided to transform one passenger train into the Gore Magala monster which is a beast that can be found within the MH4U videogame. Those who decide to show up on launch weekend will also have the opportunity to visit the MH4U traveling caravan and join up with others to play the videogame with individuals from Capcom.

Monster Hunter 4 Ultimate is a Nintendo 3DS exclusive and launched on Feb 13. Since its initial release the videogame has sold more than 32 million units worldwide and can be found at local retailers, as well as the Nintendo eShop.