The SNES PlayStation is real and it works

The SNES PlayStation is real and it works

Remember hearing about the fabled SNES PlayStation in the early 1990s? Well a prototype of the actual device has recently been discovered, and in working order.

The system was picked up at liquidation event in 2009, where it was purchased during an auction at the ridiculously low price of just $75.

The device was showcased just last month in Hong Kong, at the Retro.HK Expo, where it was possible to play the iconic Street Fighter 2 on the console. The system purportedly works with cartridges but there is unable to detect the CD drive. The cartridge that was found alongside the system doesn’t work, but they have tried other SNES cartridges without a problem.

The SNES PlayStation was designed as a collaboration between NIntendo and Sony to create a disc drive add-on for the SNES. At the last moment, Nintendo pulled out of the deal with Sony and decided to work with Philips instead. Long story short, a few forgotten CDi games were made for the Philips/Nintendo console, while Sony went on to form its own PlayStation.

What do you think of this discovery? Do you think Nintendo should have kept with Sony for the deal or not? Let us know your opinion in the comments section below. 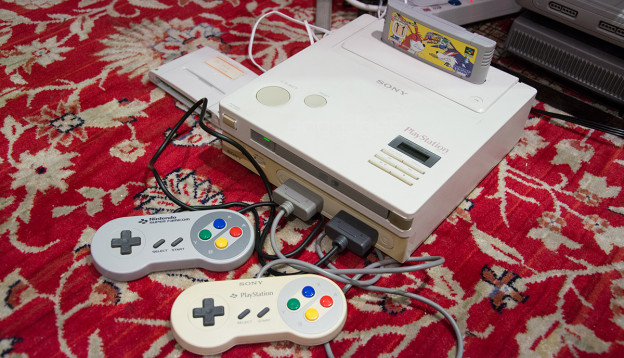