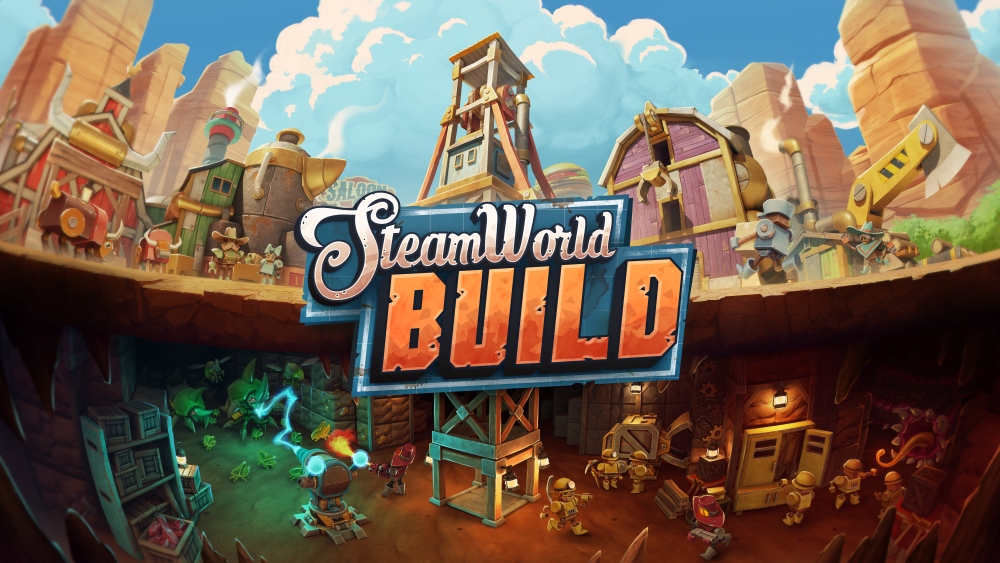 A new game in the popular SteamWorld series has been announced by developer Thunderful Games . SteamWorld Build is heading to the Nintendo Switch later this year.

Thunderful made the announcement earlier this week, coupled with a new trailer to show off the title. The series, which began in 2010, has continued to dabble with various genres. What began as a tower defence game soon morphed into platforming, role-playing, and strategy games.

SteamWorld Build is set to continue this trend by taking the series in another completely new direction. It adds construction and management simulation to the team’s portfolio, allowing players to build towns and mines among the robotic steampunk world.

The synopsis involves a dying planet that needs long-lost technology to survive. Cut to you and your mine-building prowess to save the day. Along the way, you’ll be tasked with helping out the locals, as well as trading resources and defending your mine from whatever lurks below the surface.

You can preview the gameplay in action via the trailer below, which shows off the above-ground town as well as the underground mining facilities.

Thunderful Games recently dabbled in the construction genre with its foray into the world of LEGO. LEGO Bricktales was a solid construction/advanture game in its own right, and we think if you can nail that type of brickwork, there’s a good chance SteamWolrd Build will be worth checking out.

Are you a fan of the SteamWorld series? What do you think of this bold new direction? Let us know your thoughts in the comments section.

Like what we do? Check out our Pure Nintendo magazine for even more great news, reviews, and specialist articles!