Sports Director today celebrates the launch of its dedicated Football Director DS website with the announcement of a great competition which will give visitors to the site a chance to win a collection of official Premier League DVDs featuring highlights of many of the most exciting top-flight games from the past 15 years.

The new site, which goes live today at www.footballdirector.com, features up-to-the-minute football news feeds, information on the Nintendo DS™ game and its many features, a blog from the game’s creators and a forum where fans can express their views on any subject relating to the eagerly-awaited football management game or football in general.

END_OF_DOCUMENT_TOKEN_TO_BE_REPLACED

London (9th September 2008) – Square Enix Ltd., the publisher of Square Enix® interactive entertainment products in Europe and other PAL territories, today announces FINAL FANTASY® FABLES: Chocobo’s Dungeon®, featuring a loveable cast of Chocobo and his friends will be available across Europe and PAL territories on October 31st 2008, exclusively on Wii™.

Veteran character designer Toshiyuki Itahana delivers a uniquely compelling visual world in which a cast of beloved FINAL FANTASY characters lead players through an immersive storyline. With a carefully crafted narrative and a grand mystery to unravel, FINAL FANTASY FABLES: Chocobo’s Dungeon will captivate gamers of all ages.

Players of all ages and skill levels will appreciate everything FINAL FANTASY FABLES: Chocobo’s Dungeon has to offer, from the intuitive Wii controls and adorable characters, to the intricate story and versatile job system. Throughout the game Chocobo will take on famous job classes from the FINAL FANTASY franchise such as black mage, knight, and scholar. Players can unlock more jobs as they progress through the game. The ever-changing dungeons and unexpected twists and turns offer hours of engrossing gameplay, as players explore the newest adventure in one of the world’s most popular RPG franchises.

END_OF_DOCUMENT_TOKEN_TO_BE_REPLACED

Painting Art With The Wii-mote

The premise of the show is based on the juxtaposion of guns, art and interactivity, satirically promoting the use of guns that make art – not war!

END_OF_DOCUMENT_TOKEN_TO_BE_REPLACED

School’s back in session, but it’s not the only place to get your brain buzzing. This week’s additions to the Wii™ Shop Channel include a challenging new puzzle game available via WiiWare™, plus a pair of crackling Virtual Console™ actioners to keep your imagination raging between classes. Even if your school days are behind you, this latest lineup of downloadable titles will help get you fired up for fall, fueled by the one-of-a-kind fun of Nintendo’s top-selling Wii™ system.

END_OF_DOCUMENT_TOKEN_TO_BE_REPLACED 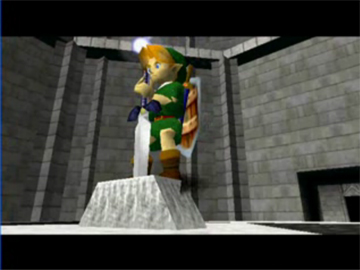 I remember the first time I pulled the Master sword out of its resting place. I felt a great since of accomplishment, awe, and pure …
END_OF_DOCUMENT_TOKEN_TO_BE_REPLACED

Groovin’ Blocks is a music-based game like no other. It adds innovative musical gameplay to an addictive action/puzzle game. The game features 27 different stages for everyone, from casual …
END_OF_DOCUMENT_TOKEN_TO_BE_REPLACED 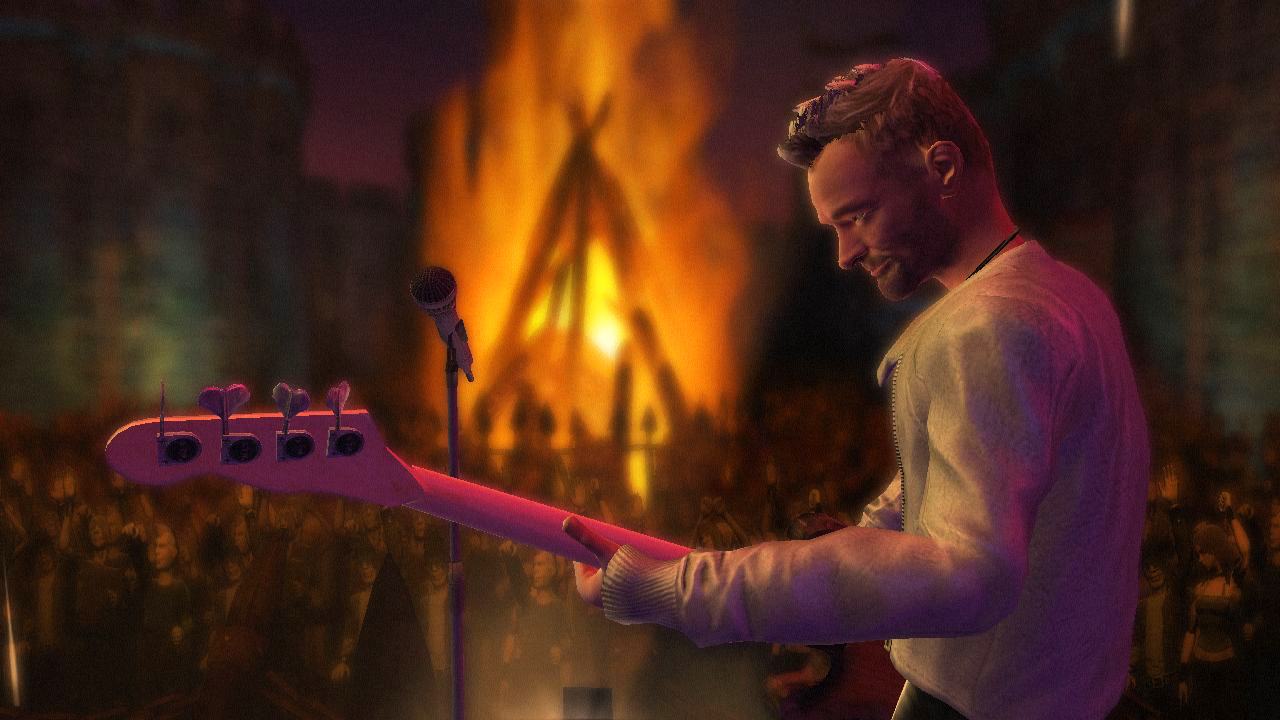 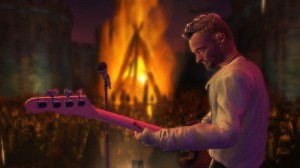 In what will be the largest collection of artists ever to appear in a Guitar Hero game, singer-songwriter, actor, author, activist and lead singer/bassist of The Police, Sting will add his voice and likeness as an in-game character. Aspiring frontmen can take the stage as Sting throughout their vocal career or play alongside him as he performs one of The Police classics, “Demolition Man.”

END_OF_DOCUMENT_TOKEN_TO_BE_REPLACED

FINAL FANTASY IV, one of the highest rated adventure games of all time, makes an impressive return on Nintendo DS. With improved 3D graphics, fully-voiced cut-scenes, an inspiring remixed score and additional never before seen content, there has never been a better time to immerse yourself in this masterpiece of interactive storytelling.

The game that broke the RPG moulds with its innovative Active Time Battle (ATB) system has been revamped, whilst keeping all the charm of the original release. The gameplay benefits from all the Nintendo DS capabilities and allows for a deeper and richer experience of a tale of exceptional heroes, inevitable betrayal, unforeseen redemption, endless love and colossal magic.

END_OF_DOCUMENT_TOKEN_TO_BE_REPLACED

Improve Your Maths, Test Your Spelling and Then Take a Colourful Puzzle Challenge in a Brand New Range of Exclusive Nintendo DS Titles

Milton Keynes – 505 Games is set to test the nation thanks to a fantastic line-up of fiendish puzzle and brain stimulating titles created exclusively for Nintendo DS. Are you ready to spell, calculate and colour your way to success?

Spellbound, Maths Made Simple and Blended provide DS owners with the perfect mix of learning, intellectual stimulus and addictive puzzle action. What’s more, they’re all heading your way this Autumn – just in time for those cold train commutes to work or a little bit of extra-curricular activity for pupils starting the new term.

Spellbound is an innovative spelling game that tests your language skills and gets more difficult as your abilities improve. With more than 25,000 different words to spell, 100 potential difficulty levels and 11 varied modes you’ll be a walking dictionary in no time. And, if you want a little extra challenge, you can choose from five languages to hone your foreign abilities too.

END_OF_DOCUMENT_TOKEN_TO_BE_REPLACED

NEW YORK, NY – September 4, 2008 – Videogame publisher XS Games announced today a new arcade style air combat videogame, Rebel Raiders: Operation Nighthawk, for the Nintendo Wii™. Developed by Kando Games, Rebel Raiders: Operation Nighthawk is set in a futuristic universe. The player assumes the role of a brave and grizzled pilot, leader of the elite resistance military unit “Ghost Squadron”. At the player’s command is a group of brave but inexperienced fighter pilots that only the player can lead into battle. The objective: to save mankind from corruption and turmoil at the hands of the Union of World Nations. At stake, is the fate of the world – victory is the only option.

END_OF_DOCUMENT_TOKEN_TO_BE_REPLACED

Poland, 4th September 2008. NoWay Studio is proud to announce they have signed with American publisher Graffiti Entertainment to publish their exciting debut title, “C.O.R.E.” in North America. Available exclusively on the Nintendo DSTM, and launching in 4th Quarter 2008, “C.O.R.E” is an action-packed multiplayer First Person Shooter. With a gripping single player mission, based on a Roswell style storyline, the game also boasts an exciting multiplayer experience in specially designed arenas.

“Capture the flag”, “team arena” and “free for all” multiplayer modes can now be played on a handheld games system. Ten specially designed arenas have been created with a range of weapons and shields strategically placed around these challenging environments. With a single game cartridge up to four players can now quickly set up multiplayer FPS game that can last for hours.

END_OF_DOCUMENT_TOKEN_TO_BE_REPLACED 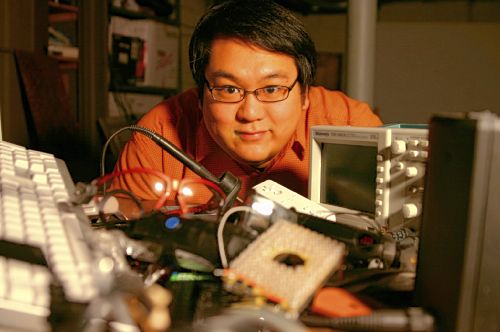 The Wizard of the Wii: CMU grad’s ‘tinkering’ leads to innovator award

Based on such creations, Technology Review 2008 named Dr. Lee as one of the world’s top 35 innovators under the age of 35. The review lauds his …
END_OF_DOCUMENT_TOKEN_TO_BE_REPLACED

My Aquarium is an all-new, original IP for WiiWare that brings the relaxation of an aquarium to players using the Wii. It’s the perfect form of entertainment for those who would love to own fish, but don’t have room, money or time to maintain a real fish tank. My Aquarium will bring a peaceful and soothing environment into households with a Wii, and will leave behind a maintenance-free aquatic experience. Have to go away for a while? No worries- you don’t need to ask a friend to feed the fish for you. In fact, you might even find a brand new fish when you come back!

END_OF_DOCUMENT_TOKEN_TO_BE_REPLACED

Tuesday 2nd September/… The Smashing Pumpkins, one of rock’s defining and most acclaimed bands who’ve sold over 30 million albums, is coming to Activision Publishing, Inc.’s (Nasdaq: ATVI) Guitar Hero® World Tour in a ground-breaking way as the band will debut its new single “G.L.O.W.” exclusively in the game. This marks the first time a band has recorded a new song exclusively for the franchise which will be released afterwards, giving Guitar Hero® fans exclusive access to Smashing Pumpkins music before anyone else. The new track, bundled with two other rocking Smashing Pumpkins hits, “1979” and “The Everlasting Gaze,” will be available post-launch of the game as a three-song downloaded content pack.

Additionally, on-disc with the release of Guitar Hero World Tour this autumn, The Smashing Pumpkins’ singer, songwriter and lead guitarist Billy Corgan will appear as an in-game character and will bring with him “Today,” the band’s smash hit from their pivotal and four-times platinum 1993 album Siamese Dream. “Today” is one of the band’s many hits that have defined the alternative music era and continue to resonate on modern rock radio, influencing a whole new generation. Players will be able to experience the unique alternative rocker’s likeness in-game as he sings and shreds on guitar, or play as the revered rock star throughout their vocal and axe careers.

END_OF_DOCUMENT_TOKEN_TO_BE_REPLACED

Monday 1st September/… Eidos Interactive Ltd., creators of some of the world’s leading videogame properties, has today confirmed that Gauntlet™, a modern reworking of the classic fantasy hack and slash …
END_OF_DOCUMENT_TOKEN_TO_BE_REPLACED