Voice chat/Virtual Console
– Reggie talked about how Nintendo is still considering voicechat, and how he wouldn’t be surprised to see it on Wii in the future.
– Both expect it to happen (when Nintendo say stuff like this, it basically means it is happening) but are dumbfounded by how long it is taking.
– Both really hope it comes out in time for Smash, but are doubtful.
– For the majority of VC games, we’re not going to see modifications or upgrades (like we did with Pokemon Snap), simply because Nintendo doesn’t need to do it.
– Don’t expect a VC price drop in the future – they’re doing great and there’s no need to change anything.
– Hope to see more import games (like Sin and Punishment) and expect this because it appears that Nintendo is paying attention to the wider gaming community.

NPD
– Both Wii and DS did exceptionally well.
– Analysts are predicting around 1.6-1.7 million for Wii in December.
– Make sure you camp out if you want to get a Wii – don’t go on ebay or anything because you will be ripped off.
– If the quantity had been there, Wii sales would have definitely been over 1 million. Nintendo would be kicking themselves right now because of their inability to get more units out.
– Very solid performance by 360 (not too far away from Wii) and PSP, as well as Playstation 2. Playstation 3 numbers are still comparatively low, but much improved from last month.
– Galaxy released a week later than COD4, so both games are basically selling at the same pace – if Galaxy came out earlier, then it would probably have reached around the same numbers as COD4.
– Guitar Hero 3 Wii should be a 1 million seller by the end of the year, which should do very good things for future Wii 3rd party support and also proves that 3rd party games can sell very well if they are high quality and appeal to the Wii audience. EA should be kicking themselves for not releasing Rock Band on Wii.
– Bozon thinks it’s taken way too long for the mono issue in Guitar Hero 3 Wii to be fixed. Action needs to be taken.

END_OF_DOCUMENT_TOKEN_TO_BE_REPLACED

6. Better than Duck Hunt – Metroid Prime 3: Corruption “How can we make a good shooter on the console?”

This question has been asked a thousand times and …
END_OF_DOCUMENT_TOKEN_TO_BE_REPLACED

END_OF_DOCUMENT_TOKEN_TO_BE_REPLACED 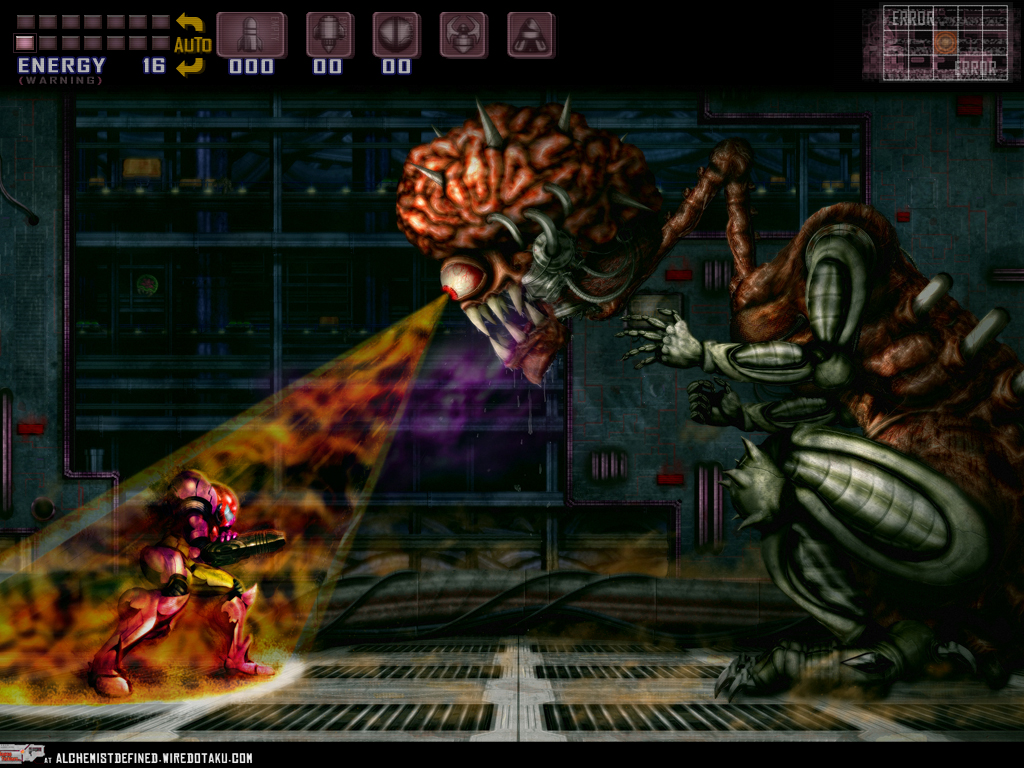 Haha! I am sure that heading caught your attention.  Now that I got your attention, this “Mock” art by, Artist Alchemist, shows us a direction that Retro can go on …
END_OF_DOCUMENT_TOKEN_TO_BE_REPLACED

CVG: Games That Will Ruin Your Christmas

Controversial one this because, you know, some of you might actually like drinking too much wine and singing S Club until the neighbours come over (and going by …
END_OF_DOCUMENT_TOKEN_TO_BE_REPLACED

I do think some Nintendo games are missing from this list. Check out the full list after the jump