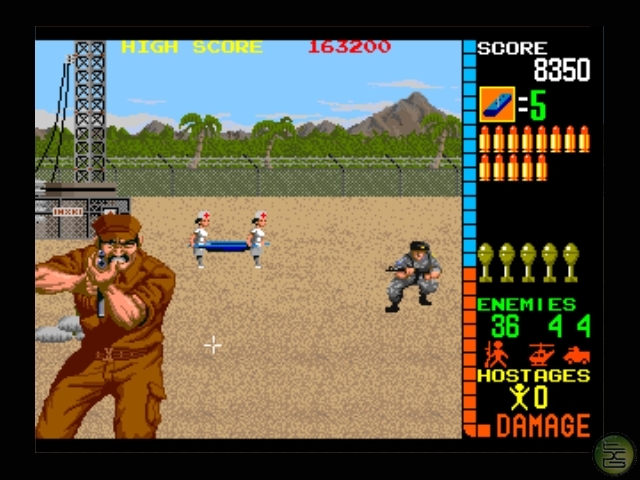 Something is wrong with Nintendo Press site. So instead of the normal press release, I will just tell you what today’s VC releases where in America. As soon as I can get my hands on the press release I will post it here.

Step into two very different types of action this week. Either battle the bad guys to save hostages and preserve freedom or bury your opponents with magical jewels. Whatever you fancy, you’ll need to be ready for a challenge: strategize as a fearless hero or manipulate special jewels to raise the crush bar. How do you plan to win today?

OPERATION WOLF™ (NES®, 1 player, Rated E10+ for Use of Tobacco and Violence, 500 points): A group of desperate terrorists is keeping hostages in their jungle fortress. As a member of the elite tactical squad Operation Wolf, you must invade their hideout, destroy their operations, and get the hostages out alive! Maneuver through a series of missions and fight off soldiers, patrol boats, helicopters, and more. The further you progress, the more enemies you’ll have to defeat and the harder they’ll try to stop you in your tracks (going so far as tossing knives and grenades at you or wearing armor). Each area along your path ends with a boss battle where you’ll have to find and exploit each boss’s particular weakness. To top it all off, your weapon options are also limited, so you’ll need to conserve ammunition and grenades. Operation Wolf is said to be the most valiant and capable unit in the military-can you save the hostages and win the day?

Columns III™: Revenge of Columns (Genesis, 1-5 players, Rated E for Everyone, 800 points): This single-player or multiplayer experience expands upon the game play of the original two Columns titles giving players some extra attacks to spring on opponents. As in the original Columns, jewels fall into a bin, and you have to twist and manipulate them to form matches of three or more in a vertical, horizontal, or diagonal line to keep the jewels from stacking up and reaching the top. In Columns III, special magical jewels do things like raise your opponent’s crush bar or lower your own, adding an extra element of strategy to the game. This is a great game to play with friends, so download it today and jump into the action!